Islam Makhachev and Rafael dos Anjos have a new date after their UFC 254 cancellation.

As reported by MMA DNA, Islam Makhachev vs. Rafael dos Anjos will now take place on November 14 at UFC on ESPN+ 41. The bout was originally set to take place at UFC 254, but the date was pushed back after dos Anjos contracted the coronavirus.

Following the cancellation, Islam Makhachev experienced a period of frustration in finding a replacement for dos Anjos. At one point, Makhachev’s manager, Ali Abdelaziz, offered Tony Ferguson $100,000 to accept the fight against Makhachev. Makhachev’s close friend and training partner Khabib Nurmagomedov also said that should Michael Chandler step up and defeat Makhachev, he would consider Chandler to be the #1 contender for his lightweight championship. Ultimately, Makhachev was pulled from the event, and we now know that his next opponent is the same as before: former lightweight champion Rafael dos Anjos.

Islam Makhachev is currently 18-1 and riding an impressive six-fight winning streak. Meanwhile, Rafael dos Anjos has lost two straight, but both losses came in the welterweight division, not at lightweight where dos Anjos once ruled.

Who is your pick to win this rescheduled lightweight bout between Islam Makhachev and Rafael dos Anjos at UFC on ESPN+ 41? 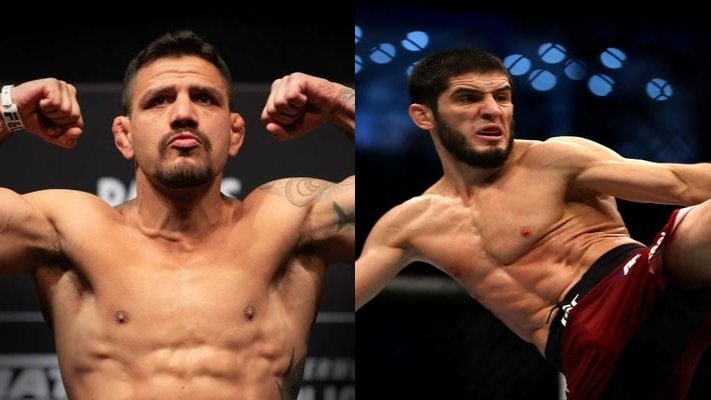