With Charles Oliveira set to defend his belt against Dustin Poirier at UFC 269 on December 11, the question of who will face the winner has been hotly debated in recent weeks.

If you asked Makhachev, it is without a shadow of a doubt he who is most deserving. And the #4 ranked lightweight has a legitimate claim. Makhachev is currently riding a 9-fight win streak, having recently earned a first-round submission of Dan Hooker at UFC 267.

No more of a cheerleader for Islam’s title shot ambitions can be found than Khabib Nurmagomedov. The former lightweight champ, now coach of Makhachev, recently took to social media to declare that his pupil is far more deserving of a title shot than Gaethje, noting that the American has been finished in three of his last eight fights.

Gaethje, of course, vehemently denied his former Octagon dance partner’s assertion and advanced the argument that his recent losses came to fighters of a caliber far beyond that which Makhachev has faced. With this argument, many fans and pundits, agree, noting that Makhachev is yet to face top-five opposition.

Among those siding with Gaethje has been former lightweight champ Eddie Alvarez, who recently took to Twitter to defend the American’s record, and assert that even with three recent finishes against his name, he’s still more deserving of being next in line for a shot at the belt.

Now, Makhachev has clapped back at Alvarez, absolving himself of blame for his less than star-studded list of recent opponents, claiming that those in the 155-pound division’s top ten have been avoiding him.

It’s not my fault that I did not fight with ranked opponent, everybody declines to fight with me.
And still, I’m #4 now.. Name a single fighter from top 10 who wants to fight me now.
UFC had to overpay Hooker to take this fight🤷‍️
It’s slowly turning into boxing. https://t.co/Z1xTlh5tW7

“It’s not my fault that I did not fight with ranked opponent, everybody declines to fight with me.  And still, I’m #4 now. Name a single fighter from top 10 who wants to fight me now. UFC had to overpay Hooker to take this fight, It’s slowly turning into boxing,” tweeted Makhachev.

Who do you think deserves the next lightweight title shot—Islam Makhachev or Justin Gaethje? 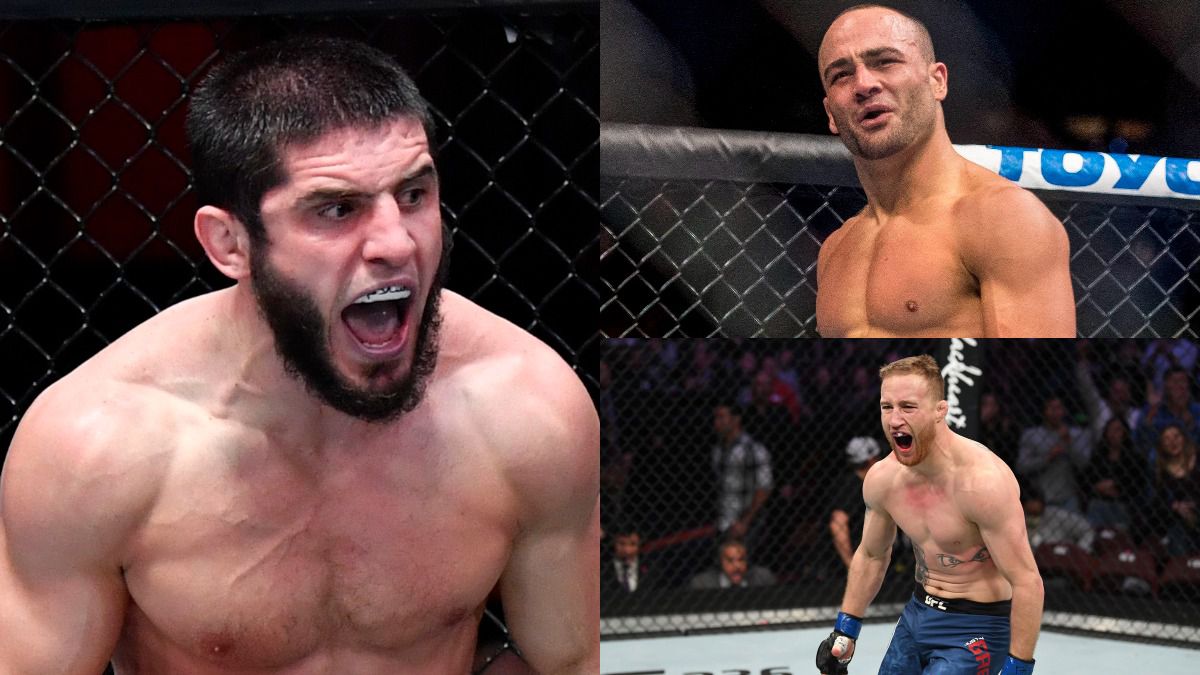