Islam Makhachev Gets Taken Down By Daniel Cormier’s Student Chase Saldate, As DC Celebrates
published on November 2, 2022
curated and posted by BRWLRZ Team 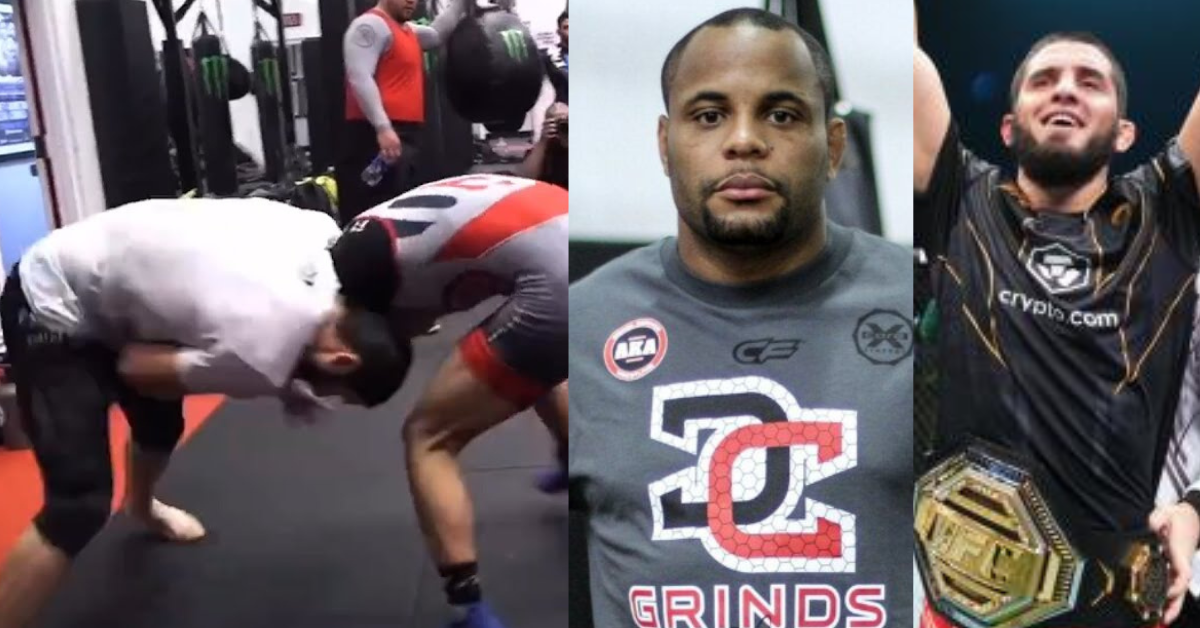 On Instagram, the former Olympian and two-division UFC champion released the following footage:

“[Islam Makhachev] champ, brother maybe I got a little arrogant against you. Even tho I won the match I overlook you. How you beat me when my student take you down! watch the camera guys brother I find footage. I pinned [Chase Saldate] in finals. I am the champion.”

This appeared to be a response to Makhachev releasing footage of him taking down Daniel Cormier during wrestling practice at AKA. A few days ago, Makhachev posted:

“Finally, everyone will find out the truth, who’s wrestling is better. I warned you DC 🤣 Make sure watch the video guys.”

Collegiate wrestler Chase Saldate has spent a few years working with Daniel Cormier as a coach and Islam Makhachev as a training partner. In an interview with the UFC, he recalls a time when he trained with the now-UFC lightweight champion Makhachev when the Russian athlete got the better of him. In 2021, he said:

“It’s all fun and games. The only way to get better was to get beat up, but it wasn’t personal. I’ve known them for a while; we’re boys and that’s how people are. They mess around. To this day, if I get in on Khabib’s legs or somebody, I’m talking crap right after. ‘Oh, I got in on Khabib’s legs! I don’t know, I may take him down!’ It’s definitely not the bully scenario which I’ve seen some people comment.”

As for transitioning to MMA, as Daniel Cormier did, ‘Satellite’ Saldate said he is focused on wrestling currently. He explained:

“I know that it takes a long time in the fight game but I’m in no rush. I’m a young kid. I know that once I can go back to Gilroy, I can focus on that. Even though I have to look forward to wrestling first, I know in the back of my head that I’m going to fight.”