Ion Cutelaba vs. Ryan Spann In The Works For February 26 Event
published on December 31, 2021
curated and posted by BRWLRZ Team

MMA Island is reporting that a booking between Cutelaba and Spann is currently in the process of being finalized. Should it be made official, it would join a “Fight Night” card that doesn’t have a confirmed location currently.

Cutelaba and Spann are currently on the edge of the UFC’s 205-pound rankings. Cutelaba has the chance to hop up a few spots with a win, as he currently sits 15th while Spann is placed in 13th.

Spann lost a high-profile bout last time around, getting submitted by Anthony Smith in September. His loss to the former title challenger was set for five rounds but only went into the fourth minute. Smith was able to finish the bout with ground and pound strikes.

The fight was only Spann’s second loss since joining the UFC roster in 2018. It was also his debut appearance in the main event slot of a UFC card.

He had picked up a statement win earlier in 2021, putting away Misha Cirkunov within one round.

Cutelaba scored his first victory in nearly two years recently, going the distance against Devin Clark for a decision win. This came after a bumpy stretch that saw him lose two bouts to Magomed Ankalaev and take a draw against Dustin Jacoby.

Not only did Cutelaba go winless between 2020 and most of 2021, but he also had five different bookings scrapped in that time. The victory last time around put Cutelaba back onto the right track and evened his UFC record at five wins and losses each.

Who do you see winning in a fight between Ion Cutelaba and Ryan Spann? 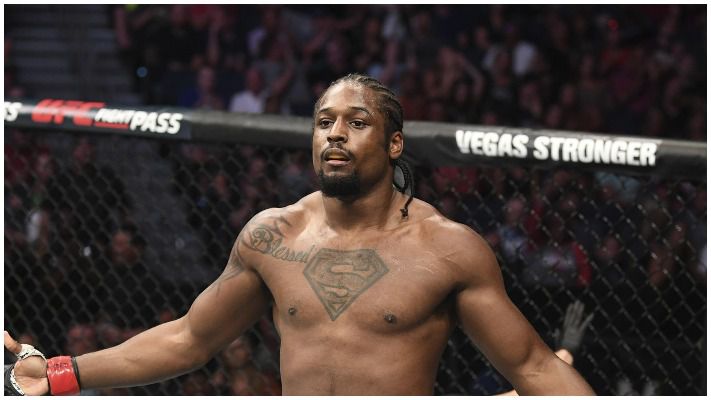