Ian Garry Sent To Hospital After Being On The Receiving End Of A Leon Edwards Head Kick
published on November 9, 2022
curated and posted by BRWLRZ Team 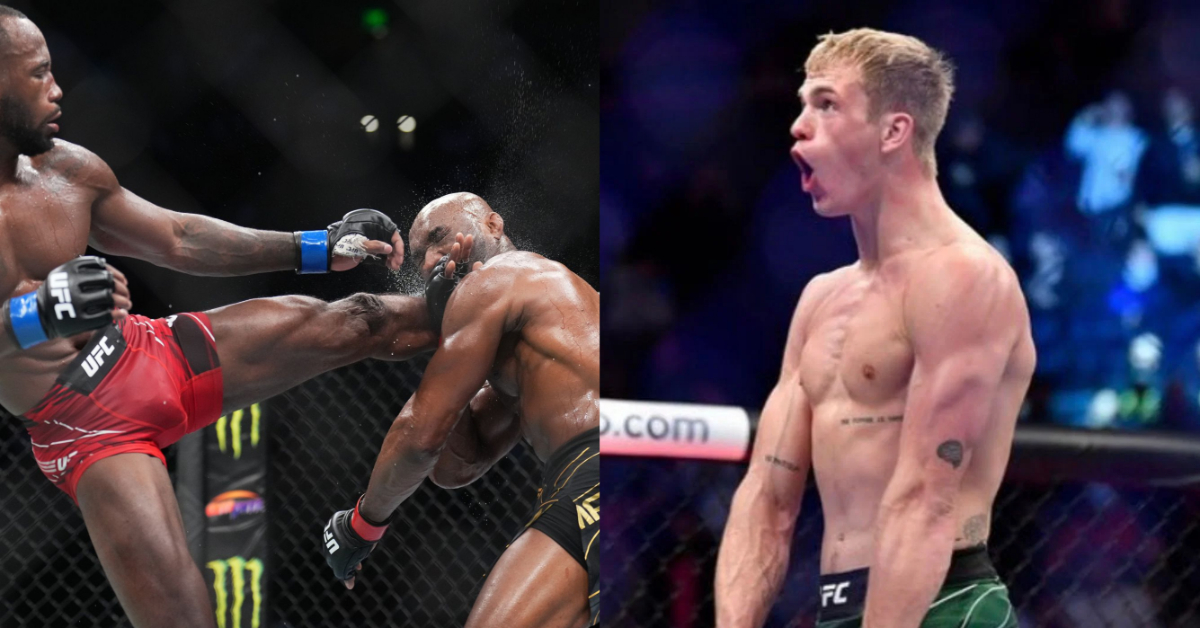 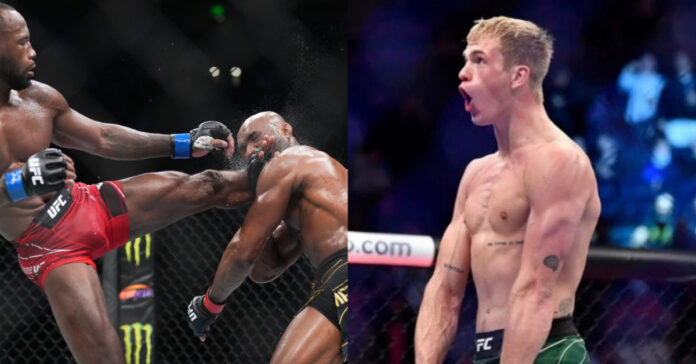 Undefeated UFC welterweight prospect Ian Garry was recently forced to make a trip to the hospital after taking a head kick from the UFC’s 170lb champion, Leon Edwards.

Leon Edwards has trained a Team Renegade for much of his pro career, and with his new status as world champion, it is little surprise that his fellow fighters are flocking to the gym to get some rounds in with the champ. One fighter who has recently been putting the rounds in at Renegade is Irish prospect, Ian Machado Garry.

Garry signed to the UFC in the winter of 2021, having captured the Cage Warriors welterweight title in a classic five-round brawl with fan favorite Jack Grant. He has since gone 3-0 in the UFC, defeating Jordan Williams, Darian Weeks and Gabe Green. Whilst he has been training at Kill Cliff FC (formerly known as Sanford MMA) for much of this run, ‘The Future’ has been putting in the work in Birmingham’s Team Renegade as of late.

However, whilst training with the champ will certainly have it’s benefits, there are also downsides. For Ian Garry, those downsides came in the form of a Leon Edwards roundhouse to the head – the same kick which was used to KO Kamaru Usman and claim the 170lb title.

In a video posted to Ian Garry’s Instagram, and later re-posted to Twitter by The MMA Media, Garry and his wife Layla Machado Garry recount what went down:

“What happened?” asks Layla. “She (the dentist) said it could be caused by trauma?”

“Yeah, she asked me what I did for a living,” Garry replies. “She said do you do any contact sports? No.”

Layla goes on to state: “Not only did you lie to the dentist, but you’re also avoiding telling the truth now.”

“There’s no avoiding telling the truth,” says Garry. “It just doesn’t need to be told sometimes. I may – anyone watch the Leon Edwards Usman fight? Anyone know how that went? One of the best head kicks in the UFC. Yeah, I might have felt what that kick felt like, on Wednesday morning. So yeah, Leon, I’m blaming you for my tooth f**king pain.”

Who would you like to see Ian Garry fight next?