How Close Really Is Giga Chikadze To A UFC Title Fight?
published on January 12, 2022
curated and posted by BRWLRZ Team

When Max Holloway was pulled from his title fight against Alexander Volkanovski, the MMA community suggested many names to step in and replace him. This included former bantamweight champ Henry Cejudo, The Korean Zombie (who ended up getting the title fight), and Giga Chikadze. Wait. Chikadze, the guy who is set to fight Calvin Kattar in just a few days? Yes, him.

Amidst the need to find a new opponent for Volkanovski, many forgot—or likely chose to ignore—that Chikadze had a main event fight booked already. And it’s not that Calvin Kattar, his opponent, isn’t a good fighter. Instead, it’s that many believe Chikadze is a big name for the featherweight division that is already able to get a title shot.

That anecdote alone describes what people see in Chikadze. Still undefeated in the UFC, every win puts him closer to a title fight. This weekend, Chikadze is scheduled to compete in his second UFC “Fight Night” headlining bout when facing Kattar.

A win this weekend would give Chikadze an incredibly strong résumé. He has already won seven fights in the UFC, and his past three have all come via finish. The case could be made that it doesn’t even matter the method for how Chikadze wins this weekend. As long as he wins, he’d have the best background out of any potential contender at 145 pounds.

It could certainly be argued that Chikadze shouldn’t get a title fight right now. Right now, the names ahead of him (Holloway and Zombie) still have a stronger case for a title shot. But a win this weekend could put him next in line.

Think of it this way: A win for Chikadze would likely put him up to the #5 spot in the division, where Kattar currently resides. This position would make him the highest-ranked fighter who has yet to get a title fight and yet to lose to someone else in the top five. Everyone else in the rankings at that point has either lost a title fight or lost to one of their neighboring featherweights in the rankings.

Chikadze had a solid opponent last time around in Edson Barboza. Kattar offers another good challenge for him. While Kattar is coming off an early 2021 loss against Holloway, he has notable wins against names like Dan Ige and Jeremy Stephens and is no stranger to a five-round fight. Saturday’s bout will mark the fourth time that Kattar has headlined a UFC card.

But Not So Fast…

Unfortunately for Chikadze, a win this weekend doesn’t guarantee anything. No matter who wins in the Volkanovski and Zombie fight in April, the winner will likely get a fight with Holloway, as he was in the title picture before an injury got into the mix. Going off that assumption, Chikadze will have two options later this year. One option is he will take another fight, risking the chance of losing his position in the division. The other option is he will sit out, possibly benching himself for months upon end. It’s not unrealistic to say that Chikadze could have to fight one more time after this before a title shot. He may be in a tough position here, but it’s not the fault of anyone involved, really.

Everything is going the right way for Chikadze as a fighter. And as it stands currently, everything indicates that it will continue to be that way. It wouldn’t be a shock if a title shot is in his near future. However, how near that future really is, it’s quite hard to determine right now.

Where do you think Giga Chikadze would sit in the featherweight division if he wins this weekend? 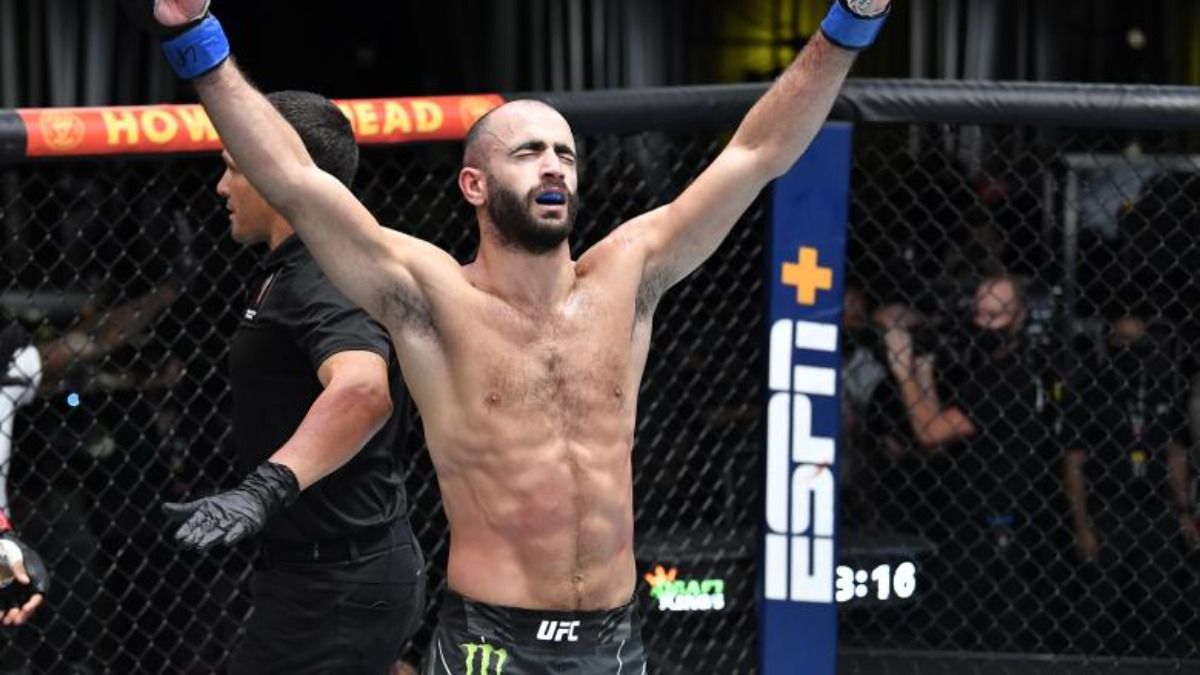