UFC lightweight Dan Hooker has hinted at a potential return to the featherweight division with a successful trial weight cut to 146 pounds.

Hooker, who is widely regarded as one of the UFC’s top fan favorites, has gone 1-2 in three Octagon appearances in 2021. After starting the year with his second consecutive loss, which came against promotional newcomer Michael Chandler in Abu Dhabi, “The Hangman” rebounded with a mature performance against the unranked Nasrat Haqparast at UFC 266.

Just days out from that victory, Hooker accepted another fight set for just a month later. After Rafael dos Anjos withdrew from UFC 267, Hooker stepped in to replace him against surging Dagestani Islam Makhachev. In the first round, the New Zealander was submitted by a brutal kimura, marking his second defeat on Fight Island of the year.

Hooker Could Rejuvenate His Career At 145

After initially going 7-1 after moving up to lightweight, a record that included victories over Gilbert Burns, James Vick, Al Iaquinta, and Paul Felder, Hooker has now lost three of his last fours fights. Despite his setbacks coming to three of the best names in the division, including upcoming title challenger and No.1-ranked contender Dustin Poirier, Hooker is seemingly looking to rejuvenate his career in his old stomping grounds.

Hooker began his UFC career at featherweight. In six fights in the weight class, he traded wins and losses, going 3-3. Despite finding more form and success at 155 pounds, “The Hangman” is seemingly pursuing a move back to 145. During a recent interview with The Mac Life’s Oscar Willis, Hooker revealed he’d be working with UFC dieticians and performing a test weight cut.

It now appears Hooker’s test run has been a success. The New Zealander took to Twitter on Monday to share a video of him weighing himself and successfully making the 146-pound limit.

With the likes of Giga Chikadze and Arnold Allen rising the ranks, there are certainly a load of exciting matchups awaiting Hooker if he does commit to a return to featherweight. Perhaps he’ll even have the chance to exact revenge on Yair Rodriguez, who defeated him via unanimous decision in 2015.

Do you think Dan Hooker should return to featherweight? 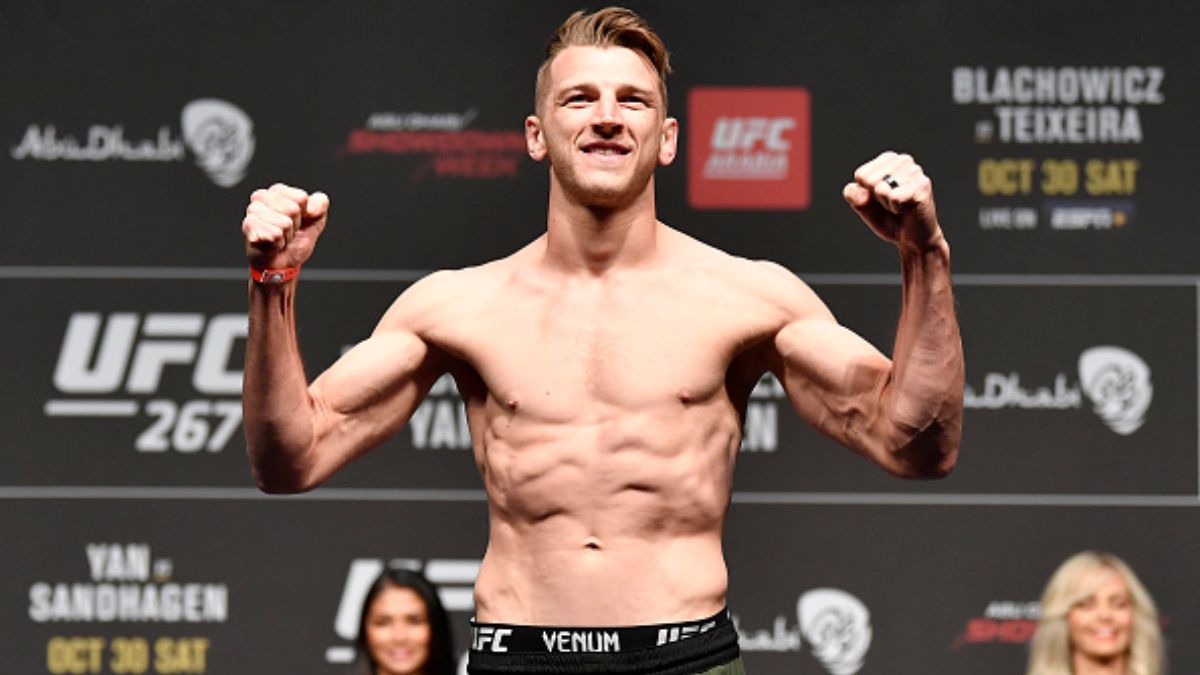