Holly Holm Out Of Oct. 16 Main Event Against Norma Dumont
published on October 7, 2021
curated and posted by BRWLRZ Team

Holly Holm is out of her October 16 main event against Norma Dumont due to a knee injury per MMA reporter Ariel Helwani. There is no word yet on if the bout will be rescheduled or if Dumont will remain on the card. The current co-main event is scheduled to be Andrei Arlovski taking on Carlos Felipe.

MMA News will keep you updated on this developing story as more information becomes available.

Holly Holm and Norma Dumont may be on a collision course.

MMAFighting.com is reporting that the Holm vs Dumont is in the works for a UFC event on Oct. 16. Nothing has been signed at this time but verbal agreements are said to be in place. This would be a featherweight matchup.

Holm hasn’t competed since Oct. 2020. She defeated Irene Aldana via unanimous decision. She has won her last two bouts. Holm was penciled in to fight Julianna Pena back in May but that plan went awry when Holm was forced to pull out due to a urinary tract condition.

Following a knockout loss to Megan Anderson in her UFC debut, Dumont has been able to win two straight. She’s beaten Felicia Spencer and Ashlee Evans-Smith.

Dumont has a pro MMA record of 6-1 with two of those victories coming by way of submission. Back in late 2020, Dumont attempted to make her return to bantamweight. She ended up missing weight and has since returned to featherweight. 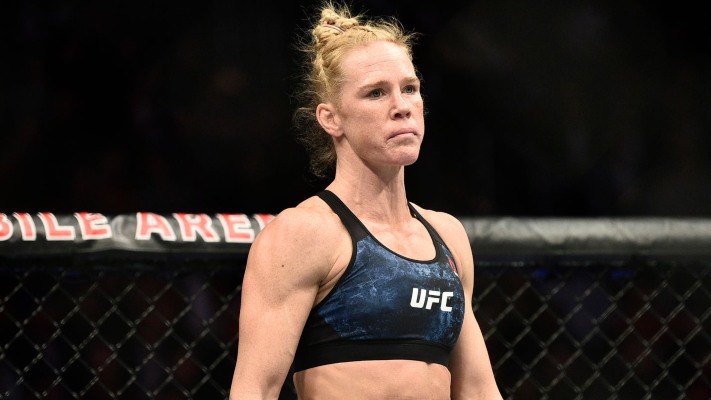