Holly Holm Believes It’s Feasible She Could Face Peña Next
published on December 21, 2021
curated and posted by BRWLRZ Team

Since her last title shot, a brutal knockout loss to former titleholder Amanda Nunes in 2019, Holm has surged back to contention with unanimous decision victories over Raquel Pennington and Irene Aldana. However, injuries have stalled the 40-year-old’s pursuit of regaining the belt and joining Rose Namajunas in the two-time champ club.

“The Preacher’s Daughter” was set for an apparent title eliminator against Peña at UFC Vegas 26 in May. After being forced out due to hydronephrosis, Holm found herself sidelined while “The Venezuelan Vixen” was accelerated to the title.

Having had her return fight against Norma Dumont in October also called off, this time due to a knee injury, Holm’s string of bad luck means she was unable to enter the Octagon in 2021 and it’ll have been well over a year since her victory over Aldana when she does make the walk again.

That, understandably, has frustrated Holm to a great degree. Nevertheless, she’s recovering and says she won’t let her injuries and problems “break” her.

“Any time I watch the fights, it’s so frustrating cause I want to get in there so badly. I don’t want to embrace not being able to fight but I’ve been very fortunate to have a career where I’ve been pretty active. This last year’s had some stuff that’s been kind of from left field. I’m handling it. I’m going to keep pushing forward. I’m not going to let it break me and I want to be back in there very soon.”

Despite her lengthy layoff, Holm believes there’s a chance she’ll find herself in her sixth UFC championship fight when she makes her comeback. Having previously been scheduled to face Peña, the veteran thinks there’s a chance that matchup will be re-visited soon, this time with the belt on the line.

After Holm’s injury saw Peña secure a title shot, the challenger did the unthinkable. At UFC 269 earlier this month, “The Venezuelan Vixen” brought the fight to Nunes like few had done before her. After hurting the “Lioness” on the feet, Peña dragged the Brazilian to the mat and submitted her in what was undoubtedly one of the greatest upsets of all time.

Holm, who knows a thing or two about upsetting the odds, believes it’s “feasible” she returns to face the champ before Nunes has her chance to regain the gold.

But before that, Holm will have to ensure she’s 100% ready and fit for a return, and the fact she can’t say she is at the moment is clearly an annoyance for “The Preacher’s Daughter.”

Given her age and experience in the sport, it stands to reason Holm’s return will signal her final charge for a second title crowning. With how the current champion got there, anything is certainly possible.

How do you think a fight between champion Julianna Peña and former titleholder Holly Holm would play out? 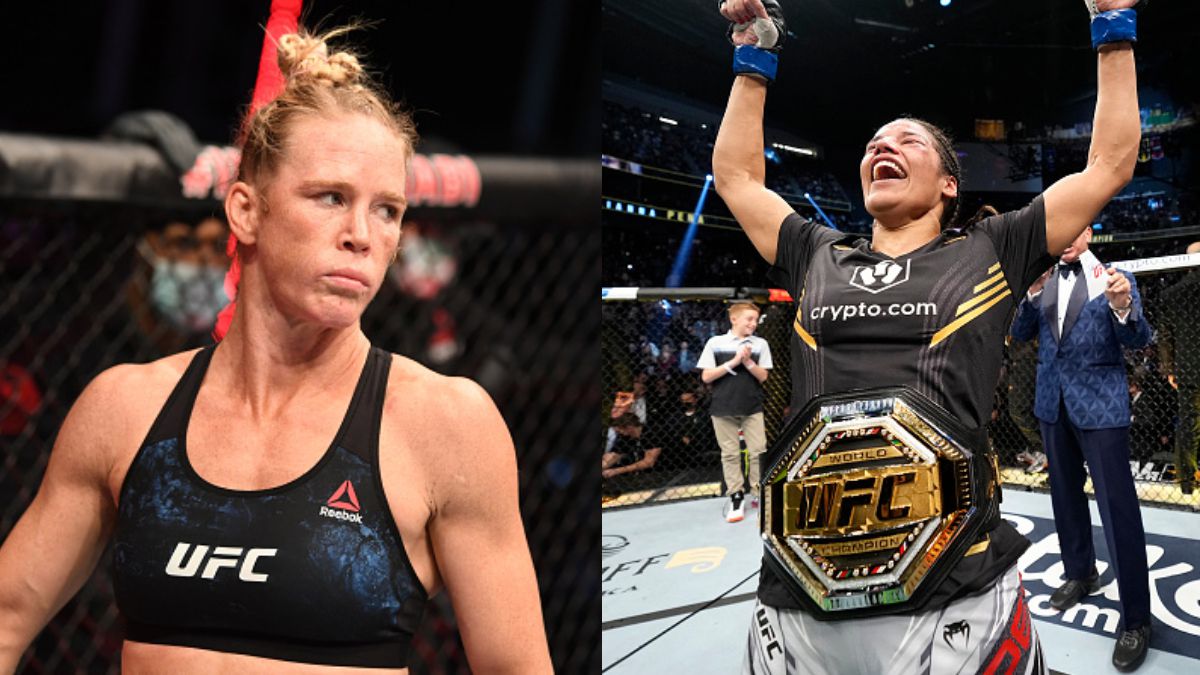