UFC featherweight contender Max Holloway is ready to use Yair Rodriguez as the “perfect victim” after going through three fight camps ahead of their clash this weekend.

Holloway will be making his second walk to the Octagon of the year on Saturday. In the UFC Vegas 42 main event, the former 145-pound champion will meet fellow top-five contender Rodriguez, who’ll be in action for the first time since a 2019 victory over Jeremy Stephens.

After losing back-to-back fight against current champion Alexander Volkanovski, Holloway rebounded in style on Fight Island this year. In a January main event against Calvin Kattar, “Blessed” broke a host of striking records on his way to a dominant unanimous decision after five rounds of brutal action. He’s targeting another record-breaking performance against Mexico’s best featherweight.

While it would usually seem unlikely for a trilogy fight with the score at 0-2, Holloway’s performance against “The Boston Finisher,” coupled with the close nature of both his fights against “The Great,” means the Hawaiian is certainly still considered the top contender and biggest threat to Volkanovski’s reign. He’ll look to book his place opposite the champ with an impressive display against Rodriguez tomorrow.

Holloway Ready To Make The Most Of Three-Camp Preparation

The fight between Holloway and Rodriguez has certainly been a long time coming. The pair were set to headline a UFC Fight Night card in July. However, the former champ was forced to withdraw after suffering an injury during his camp.

Speaking during UFC Vegas 42 media day on Wednesday, Holloway discussed his withdrawal. Despite admitting he was hesitant to pull out and disappointed not to be able to stick to his three fights-a-year target, the 29-year-old said there was no way he could fight on July 17.

“There was no way. My coaches, they all came to me, we got a PT guy, I got one of the best PT guys, I got doctors that take care of me in Hawaii, and they was all looking at me and telling me… ‘Not this time Max.’ So it was heart breaking, you know. You guys all know me. I like fighting three times a year, try to squeeze in a fourth. This is only the second one of this year. Slow and steady wins the race sometimes I guess.”

Holloway also revealed that he’s gone through three camps in order to prepare for his matchup with “El Pantera.” After the booking was kept together for this year, “Blessed” went through a small camp to ensure his injury could handle the stress of training.

Having already had a camp for the canceled scrap, and then going through full preparation for this weekend’s date, Holloway said somebody will have to pay for the work he’s been putting in. Thankfully for him, he has the “perfect victim” inside the UFC Apex on Saturday.

“I had to do three camps for this guy. I was doing one camp, got hurt, and after the injury, all my coaches were nervous. They were like, ‘You better do a mini camp to see if the injury can handle the stress.’ And then it did, and we actually went into a real camp. Somebody’s gonna have to pay for that. Saturday night I’ve got the perfect victim I guess.”

Who do you think will win this weekend’s UFC Vegas 42 main event, Max Holloway or Yair Rodriguez? 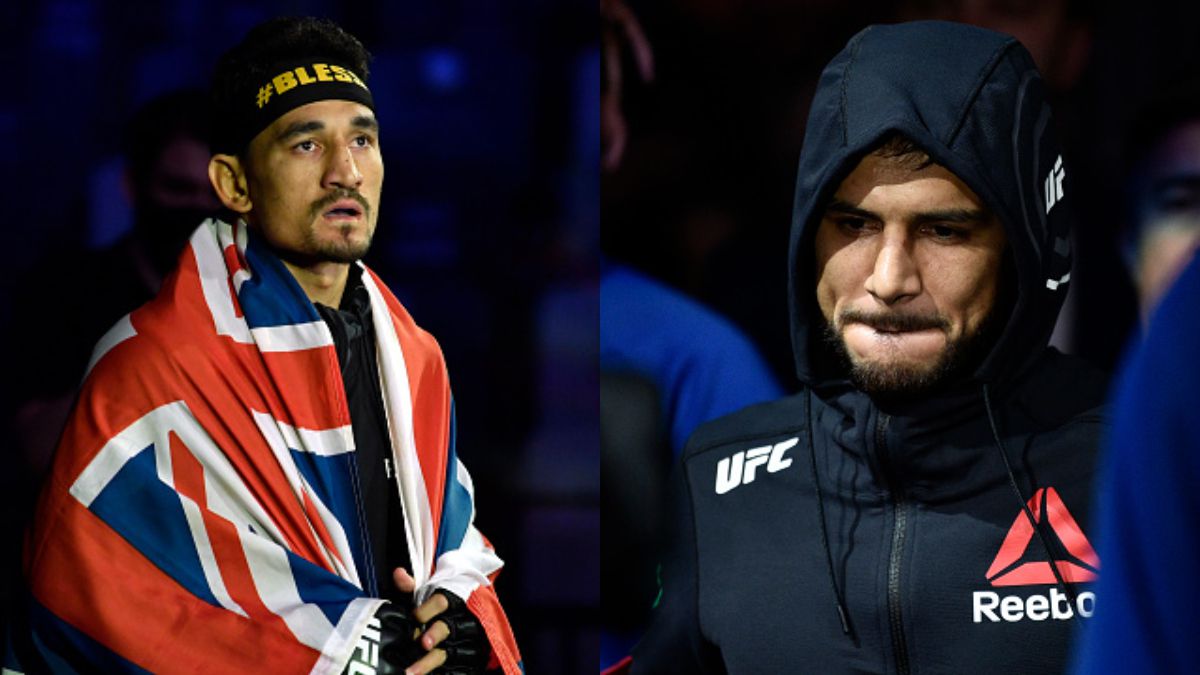