Holloway: If You Want To Get Friends Into MMA, Make Them Watch Me
published on November 14, 2021
curated and posted by BRWLRZ Team

UFC featherweight contender Max Holloway has advised fans that if they want to get their friends and family into MMA, they should make them tune in to his main event fight against Yair Rodriguez tonight.

Holloway, a former 145-pound champion, certainly never fails to entertain when he enters the Octagon, something that was as clear as ever in his last appearance. After losing back-to-back fights to current featherweight king Alexander Volkanovski, “Blessed” rebounded in style against Calvin Katter.

Throughout the five-round headliner, Holloway set nine new UFC records, including the most strikes attempted (746), most strikes landed (447), and the highest strike differential (+312). After battering “The Boston Finisher” for 25 minutes, perhaps a lot longer than the fight should have lasted, Holloway was awarded a unanimous decision victory.

Having maintained his place as the division’s top contender, Holloway will be looking to secure a third fight with Volkanovski and the chance to regain the featherweight gold when he returns to action this weekend. In the UFC Vegas 42 main event, the Hawaiian will welcome #3-ranked Yair Rodriguez back to the Octagon.

During a recent appearance on DC & RC, Holloway said fans shouldn’t expect anything different from his second fight of the year. He suggested that if anyone wants to get their friends or family into MMA, tonight’s headliner is the fight to sit them down in front of the TV for.

“If you’ve got friends that never watched fights, I always tell you guys, you want them to get into MMA, you make them watch one of my fights. This weekend, here’s your shot. Get your friends, get your family members, get everybody that you want to watch MMA to tune in to this fight because it’s gonna be fireworks, it’s gonna be fun, and it’s gonna be non-stop. I can’t wait.”

Despite going back-and-forth with Conor McGregor on Twitter, and teasing a rematch with the Irish superstar, it stands to reason a victory tonight will book Holloway a chance to secure his place on the featherweight throne for a second reign.

Who do you think will have their hand raised at UFC Vegas 42 tonight, Max Holloway or Yair Rodriguez? 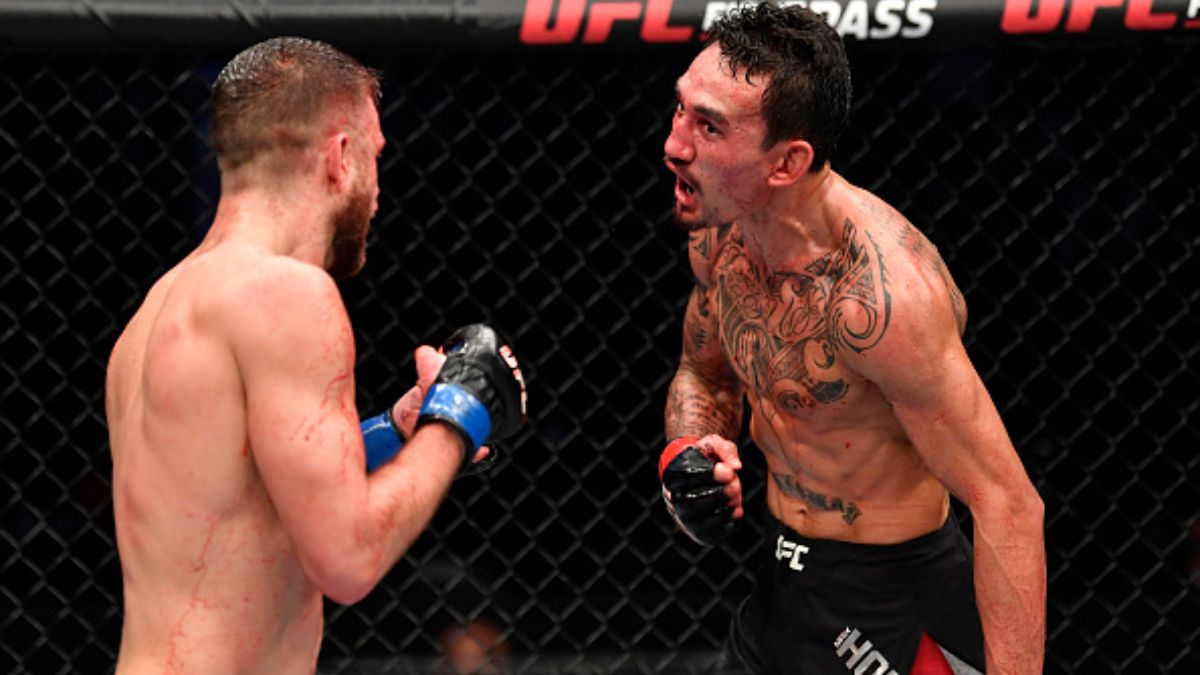