Holland Roasts Luke Rockhold For Unretiring Due To Being Broke
published on October 1, 2021
curated and posted by BRWLRZ Team

UFC middleweight Kevin Holland has suggested that former champion Luke Rockhold is only returning to the Octagon because he is “broke.”

Holland is set to be in action himself this weekend at UFC Vegas 38. In the co-main event, the #14-ranked contender will face fellow 28-year-old Kyle Daukaus.

After bursting onto the scene with five consecutive wins in 2020, including a brutal knockout of the legendary Ronald “Jacare” Souza, Holland saw his hype train derailed with back-to-back defeats in 2021. His five-round loss to Derek Brunson was practically replicated in nature a matter of weeks later against Marvin Vettori.

With his five-fight win streak falling further into the distant past, Holland is in need of a big rebound performance on Saturday to remind fans why he became a must-watch middleweight last year.

Speaking at UFC Vegas 38 media day, Holland assessed his wrestling deficiencies, which were on full display in his two defeats earlier this year. After being told to take some time to work on them, “Trailblazer” is confident he can return in style this weekend.

“Me, personally, I thought I was good at wrestling before I got outwrestled by (Derek) Brunson and (Marvin) Vettori. So, hopefully, it got better.” Holland was seemingly optimistic about the improvements in his wrestling skills. He added, “I mean, at the end of the day, Dana White told me to go fix some things. So, I mean, if the boss tells you to do something, you do what the boss tells you to do if you want to keep collecting a check, right?” (h/t Sportskeeda)

After suggesting that he’s adapting his game in order to continue to perform and be paid in the UFC, Holland took a swipe at former UFC Middleweight Champion Luke Rockhold. “Big Mouth” suggested the 36-year-old is only making a comeback because he’s got no money left.

“So, I mean, I know they’re all gonna say I kissed them booty cheeks after this on the interviews and stuff like that, but I really don’t care. I do what I’m supposed to do, so I can continue to get paid. That way I don’t have to be like Luke Rockhold – retiring and then coming back because I’m broke as a fuck. You know what I mean? So, yeah.”

This is not the first time Holland has had Rockhold’s name in his mouth. The ranked middleweight expressed interest in fighting him earlier this year. Rockhold also recently revealed that he DM’d the 28-year-old about the “naive” comments Holland made about fighter pay.

Having not fought since his brutal knockout loss to current light heavyweight champ Jan Blachowicz in 2019, Rockhold will return to action at UFC 268. After a period of uncertainty surrounding his comeback following a struggle to find a suitable opponent, it was announced that the veteran will face the charismatic Sean Strickland at the November 6 pay-per-view.

Should Holland impress this weekend at UFC Vegas 38, and Rockhold regain some form in his own fight later this year, perhaps we’ll see the pair meet each other in the cage at some point in 2022.

Do you think Kevin Holland and Luke Rockhold will win their upcoming fights? 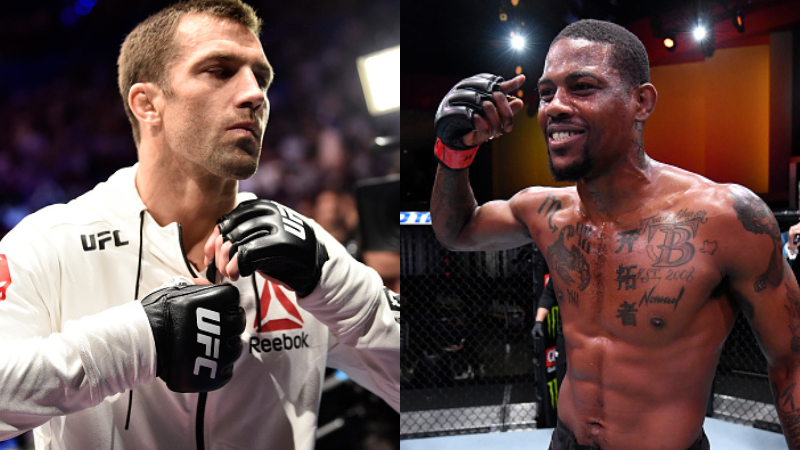