Henry Cejudo: I’m Not Cherry-Picking Superfights Like GSP Did
published on October 7, 2021
curated and posted by BRWLRZ Team

Henry Cejudo is retired, but if he were to return to fighting he wouldn’t want to do it like Georges St-Pierre.

Henry Cejudo has been teasing the desire to return recently. He has been on the sidelines since he decided to retire from MMA back in May of 2020. Even though he was out of the sport, he has kept a close eye on the flyweight and bantamweight divisions. He maintained that he could return and face any champion at any time. Now, he is targeting featherweight champ, Alexander Volkanovski.

Cejudo wants to set up a fight with Volkanovski and gain a title in his third UFC division. Cejudo is embracing the difficulty in this prospect and spoke to ESPN about this desire and why he would look to possibly return against such a tough champion.

“I ain’t no Georges St-Pierre where I’m gonna go in there, cherry-pick Michael Bisping, and then take off,” Cejudo told ESPN. “GSP, he cherry-picked Michael Bisping, and I’ll tell that to his face too, I’mma tell him, ‘Hey man! You cherry-picked and you left!’ With me, I’m going up against the No. 3 pound-for-pound best fighter, probably the greatest featherweight in history. I either beat him or I get my ass beat, I’m taking that chance.”

Cejudo is of course referring to the fact that St-Pierre returned from a three-year retirement to face Bisping at a higher weight class than he previously fought at. At the time Tyron Woodley was the champion of the welterweight division. Many believed that St-Pierre was trying to duck Woodley by choosing to move to middleweight and face Bisping.

All of this is just talk as of now, but Cejudo seems serious about wanting this bout against Volkanovski. He is mentioning it more and more. He is willing to go through with training for a title fight and making history if the UFC wants to play ball. In the meantime, Cejudo is busy helping other champions stay ready.

“I promise you, Alexander the average wouldn’t last more than three rounds with Triple C,” Cejudo said. “I will come out of retirement if Dana White wants to see the fight if he wants to see history.”

Do you want to see Henry Cejudo return to the UFC and face Alexander Volkanovski? 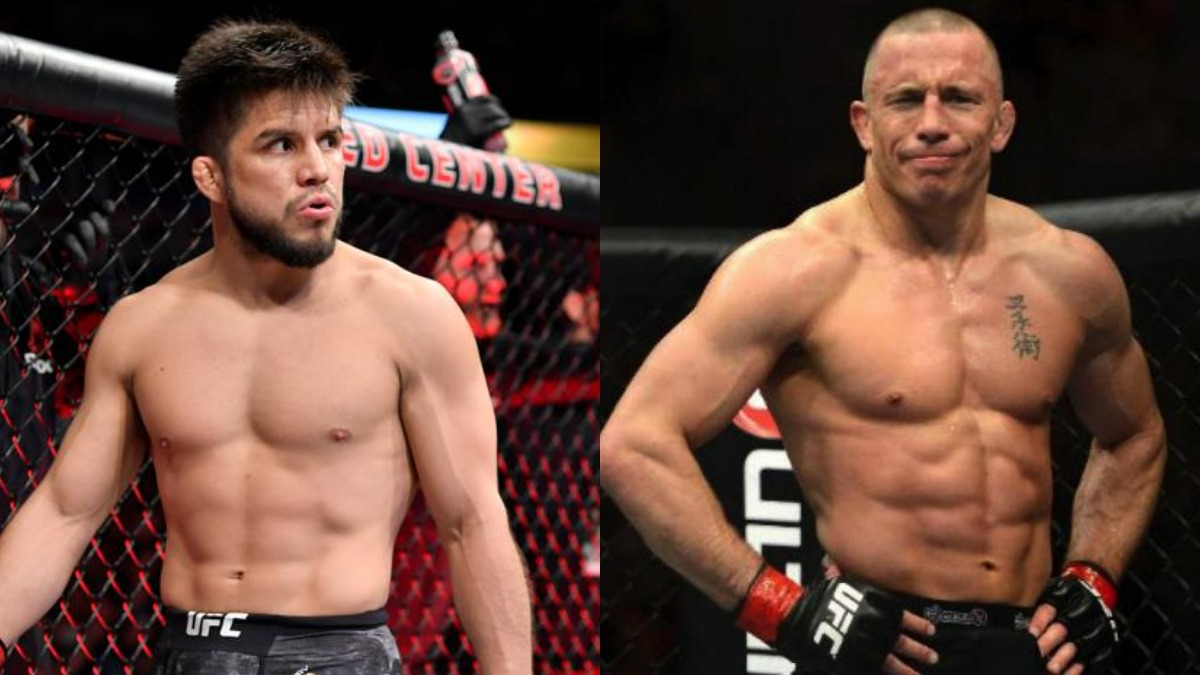