Cejudo and Cruz have a bit of history, stemming from their battle at FUC 249. Cejudo earned a second-round TKO win that didn’t come without controversy, as Cruz immediately protested the stoppage and claimed he was still defending himself.

Cruz made headlines earlier this week after he blasted Cormier’s commentary and accused him of “not doing his homework” when it comes to preparing for fights.

Cruz and Cormier have appeared to hash out their apparent differences shortly after the comments, but Cejudo took the chance to mock Cruz for the controversy. This came after Cruz appeared to falsely call Cormier a former Olympic Gold Medalist.

You must’ve not done your homework when I slept you. Did you forget about my Olympic gold medal then?🥇

Even Keith Peterson can’t save you from your boring ass commentary There’s a reason you’re on the prelims! #UFC269 #bendtheknee https://t.co/JWt01VCo80

“Shut your d**n mouth Dominick Snooze,” Cejudo tweeted. “You must’ve not done your homework when I slept you. Did you forget about my Olympic gold medal then? Even [referee Keith Peterson] can’t save you from your boring a** commentary. There’s a reason you’re on the prelims!”

Henry Cejudo Has Hinted At A UFC Comeback

Cejudo announced his retirement in the Octagon at UFC 249 just minutes after beating Cruz. The former flyweight and bantamweight champion has hinted at a return to MMA in recent months, calling out fighters such as Petr Yan and Aljamain Sterling.

Cruz is slated to face Pedro Munhoz at UFC 269, as he looks to continue to push forward towards another potential title shot. If Cejudo returns to the UFC, these two may potentially be on a collision course once again.

What are your thoughts on Dominick Cruz’s comments about Daniel Cormier’s commentary? 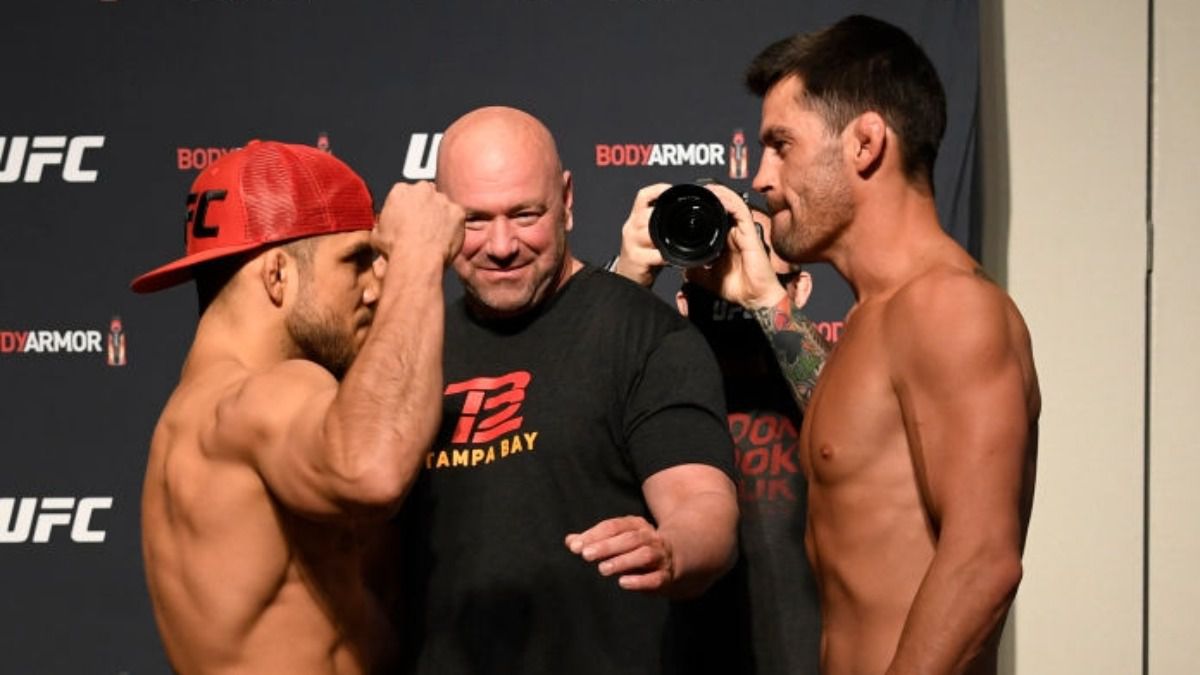