Former UFC double champion Henry Cejudo is advocating for Nick Diaz to get a third and final fight against his UFC 266 opponent Robbie Lawler.

“Ruthless” and Nick Diaz ran it back after seventeen years. While many were dubious of Diaz’s return after six years off, the 209 native represented and put on a very exciting fight. As the two traded strikes, Diaz was dropped in the third round. Shortly after, Diaz decided to waive off the contest saying “no more”.

With the series now being tied at one apiece and both having finished one another, “Triple C” came to the defense of Nick Diaz. The former champion is adamant that with time, Diaz could topple Lawler in a potential trilogy bout. Cejudo spoke about the matter on The Triple C & Schmo Show.

“I think he should get another crack at Robbie Lawler. I hate throwing the word legend around, but Nick Diaz is a legend. Nick, if you’re watching this, for all the fans I say you make a trilogy,” Cejudo said. “They’re 1-1. The third match seals the deal. I truly believe in my heart with a little more time, Nick Diaz will beat him.” Henry Cejudo told the Schmo.

While Cejudo is calling for a third fight, it is unclear if Nick Diaz will return to the Octagon again. After their second outing, Lawler admitted that he thought he might have thrown a wrench in the UFC’s future plans after finishing Diaz at UFC 266.

Before fight night, Diaz raised eyebrows after saying that he didn’t even want to fight his old nemesis, Lawler. In fact, Diaz seemed to express interest in facing the welterweight champion, Kamaru Usman. Certainly, with a loss, those visions of fighting for a world title are diminishing. However, at least Diaz has Cejudo in his corner campaigning for his next UFC appearance.

Would you like to see a third fight between Robbie Lawler and Nick Diaz? 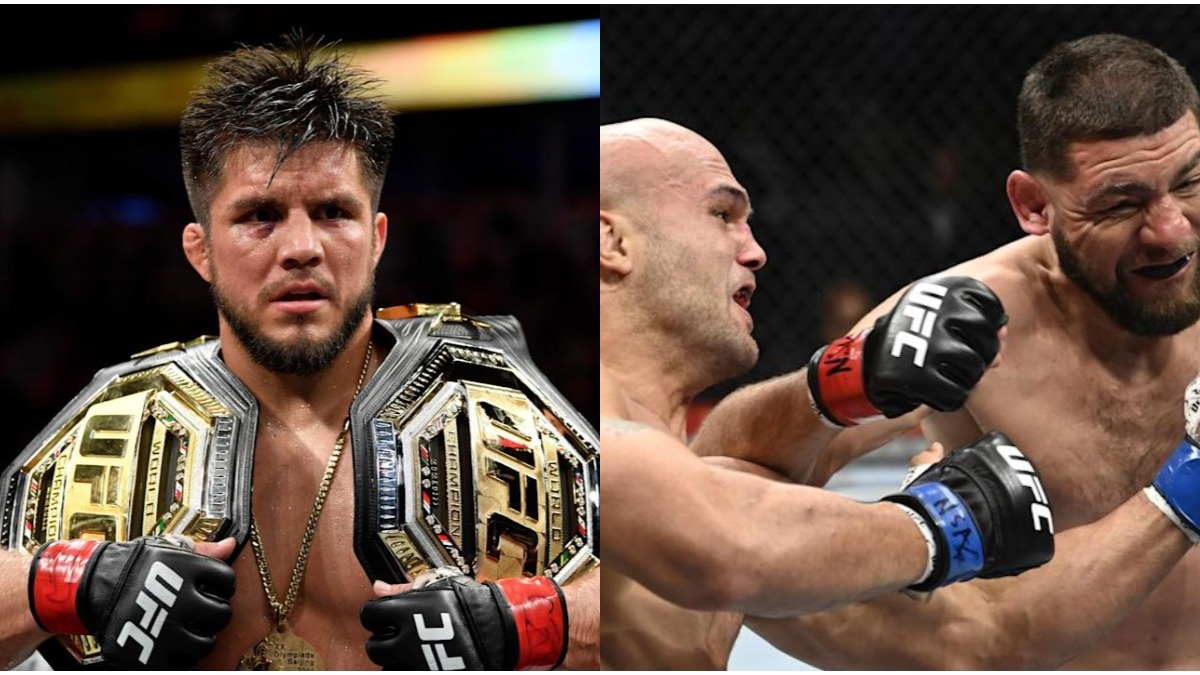