Ariel Helwani is going to bat for Leon Edwards, even if that means taking some swings at other welterweights in the process.

UFC welterweight Leon Edwards going unbeaten in his last 10 fights has been well documented. Unfortunately for the Englishman, however, this impressive streak has been overshadowed by the fact that no title shot has come from it. Edwards has experienced great frustration from the entire ordeal, but he is not without his advocates. Perhaps the most vocal and notable of whom being renowned MMA reporter Ariel Helwani.

Last year, Edwards was slated to face Tyron Woodley in a UFC on ESPN Fight Night headliner. The belief was that with a win, Edwards would solidify himself as being next in line for a title shot. Unfortunately, due to traveling restrictions amid the COVID-19 pandemic, Edwards was unable to make it to the United States in time, so he was replaced with Gilbert Burns instead.

After Burns dominated Woodley, he became the new top contender to challenge welterweight titleholder Kamaru Usman. Helwani was one of the few who went against the grain and suggested Burns fight Edwards in a title-eliminator bout instead. Eventually, Burns would receive the shot against Usman at UFC 258 earlier this year but fell to the champion via TKO.

Since the loss, Burns has been trying to work his way back to a title fight. He began this process with a victory over Stephen Thompson at UFC 264. After this most recent showing, one of the names he has called out persistently is Leon Edwards. Speaking on his program The MMA Hour, Helwani argued that Burns’s push to fight Edwards is a testament to a lack of fighter unity in the sport and then proceeded to lay down a rant about why specifically the callout irks him so.

Gilbert Burns has also called out Nate Diaz for his next fight, but Diaz has expressed more interest in facing the aforementioned Vicente Luque. Meanwhile, Leon Edwards remains unbooked at the moment but stated in his appearance on The MMA Hour that he would be interested in finally facing Jorge Masvidal as long as the fight happens before the end of the year. Any time after that and “Rocky” would much rather wait for a title shot instead.

Do you agree with Ariel Helwani’s rant about Gilbert Burns calling out Leon Edwards? 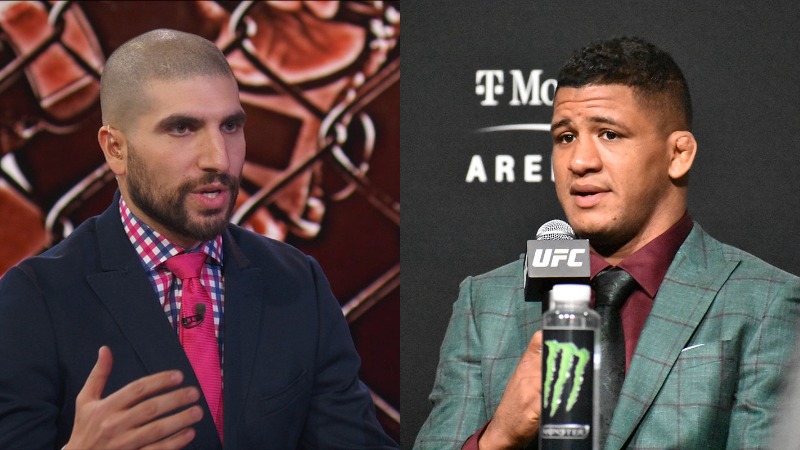