Gustafsson: Chimaev Has Knocked Teammates Out With Jabs In Training
published on January 12, 2022
curated and posted by BRWLRZ Team

It’s safe to say that not many prospects are as highly touted and talked about as Chimaev. It’s probably the case that in just four UFC outings, he’s already broken through the prospect status and emerged as legitimate contender at 170 pounds. That’s an incredible feat given he’s fought just once in the past year.

In 2020, “Borz” established his name in emphatic fashion, recording three wins in just 66 days. In the space of just 10, he brutally dominated John Phillips and Rhys McKee on Fight Island. A couple of months later, he slept middleweight veteran Gerald Meerschaert.

After a battle with COVID-19 stalled his rise, Chimaev picked up where he left off when he made his return last October at UFC 267. Against ranked contender Li Jingliang, the Chechen-born Swede re-railed his hype train by choking out “The Leech” inside the opening frame.

Chimaev’s potential seems to be through the roof. The promotion is evidently high on him, play-by-play lead Jon Anik highlighted him as the biggest question heading into 2022, and many believe he’s just one win away from a shot at Kamaru Usman‘s welterweight gold.

The #11-ranked contender’s hype is undoubtedly mostly down to his vicious and controlling wrestling game, which has seen him rag-doll three of his four opponents in the UFC to date. However, Chimaev’s KO of Meerschaert gave a glimpse of his striking abilities, something his teammate Gustafsson believes is just as dangerous as his ground game.

Speaking during a recent interview with ESPN MMA, “The Mauler,” who trains with Chimaev at Stockholm’s Allstars Training Center, suggested “Borz” hits as hard as a 205lber. Proving context to his training partner’s power, Gustafsson revealed Chimaev has actually knocked people out with his jabs in the gym.

“His striking… He hits like a light heavyweight. He hits hard. He’s very explosive. He boxes very fast with his hands, and with speed comes power and good precision,” said Gustafsson. “I’ve seen this guy knock people out with a jab in training. So, you need to keep your guard up when you spar with this guy.”

If Chimaev is as well-rounded as Gustafsson suggests, a claim that’s hard to argue against given what we’ve seen from the Chechen-born Swede in the Octagon so far, it’s certainly a scary prospect for the rest of the welterweight division.

While the rising star’s next opponent is yet to be announced, recent reports suggest he’ll be facing top-five contender Gilbert Burns in what will likely be a title eliminator. That matchup is apparently slated for UFC 273 on April 9. For those who still doubt Chimaev’s title credentials, an impressive performance against “Durinho” should convert them into believers.

Given what we’ve heard from Gustafsson, perhaps Chimaev can knock Burns and Usman out in 2022 and secure his place on the welterweight throne. His teammates are certainly high on him, but it remains to be seen if he can prove them right against the elite at 170 pounds.

Do you think Khamzat Chimaev has what it takes to knock Kamaru Usman out? 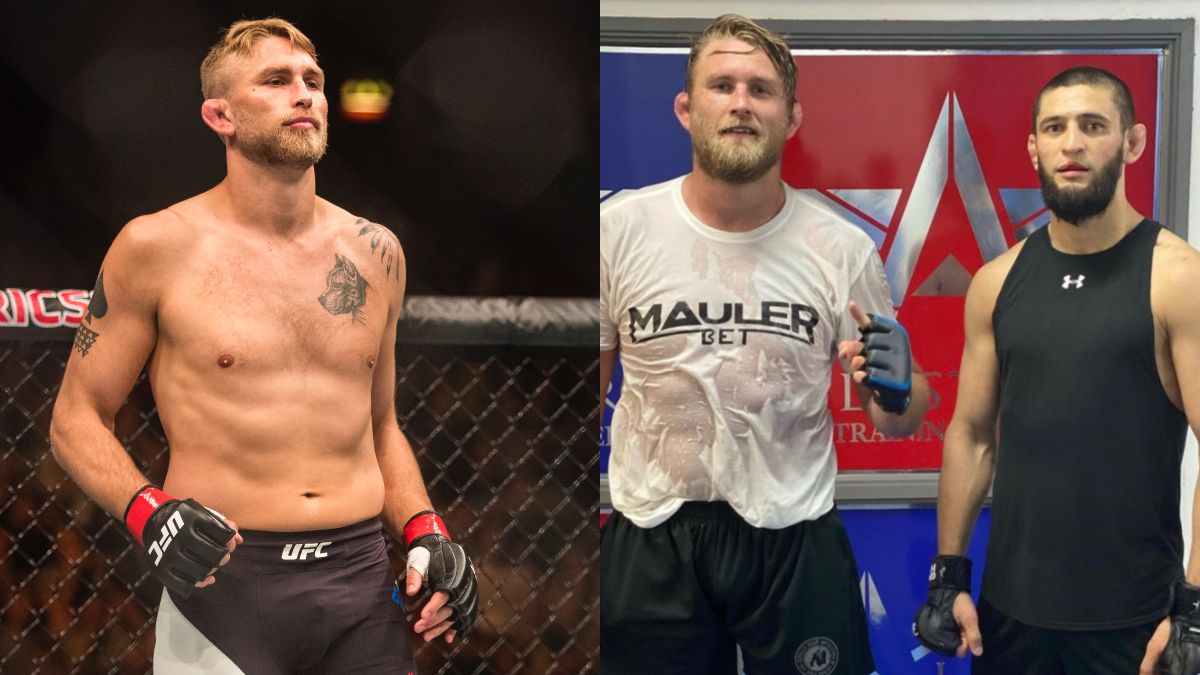