Glover Teixeira Given Key To The City Of Hometown After UFC 267 Title Win
published on November 17, 2021
curated and posted by BRWLRZ Team

Glover Teixeira was awarded the key to Danbury, Connecticut, the place he calls home.

After Teixeira returned home from Abu Dhabi as the UFC light heavyweight champion, he got a massive welcome. Now, weeks later, the town held a parade for him.

Along with the parade, Glover Teixeira also received the key to the city.

Teixeira has called Connecticut home for years as the Brazilian lived there before he was even legally allowed to be in the States. After receiving the key to the city, the UFC light heavyweight champion gave a speech where he thanked the town for allowing him to live there and helping him become the champ.

“I’m just so happy this is happening over here,” Teixeira said. “I come to Danbury in 1999 and people just warm hearts over here, just opened their arms for me. It’s the land of opportunity. I had a dream in Brazil to be a professional athlete. Most of the people, I have a lot of people from my town here, they know how hard it is over there.

“I couldn’t train, I couldn’t do anything and I come here and I say, ‘This is the land of opportunity, I want to be a world champion,” Teixeira continued. “[Former coach] Greg Davis is one of my guys there that trained with me. He was there when I say — I couldn’t speak much English — he asked me, ‘Why are you training in jiu-jitsu for?’ I said, ‘I want to be UFC champion.’”

Glover Teixeira is now 33-7 as a pro and at 42-years-old became a first-time UFC champion. The Brazilian is on a six-fight winning streak and holds notable wins over Thiago Santos, Anthony Smith, Rashad Evans, Rampage Jackson, Ryan Bader, and Jared Cannonier among others.

What do you make of Glover Teixeira getting the key to his hometown? 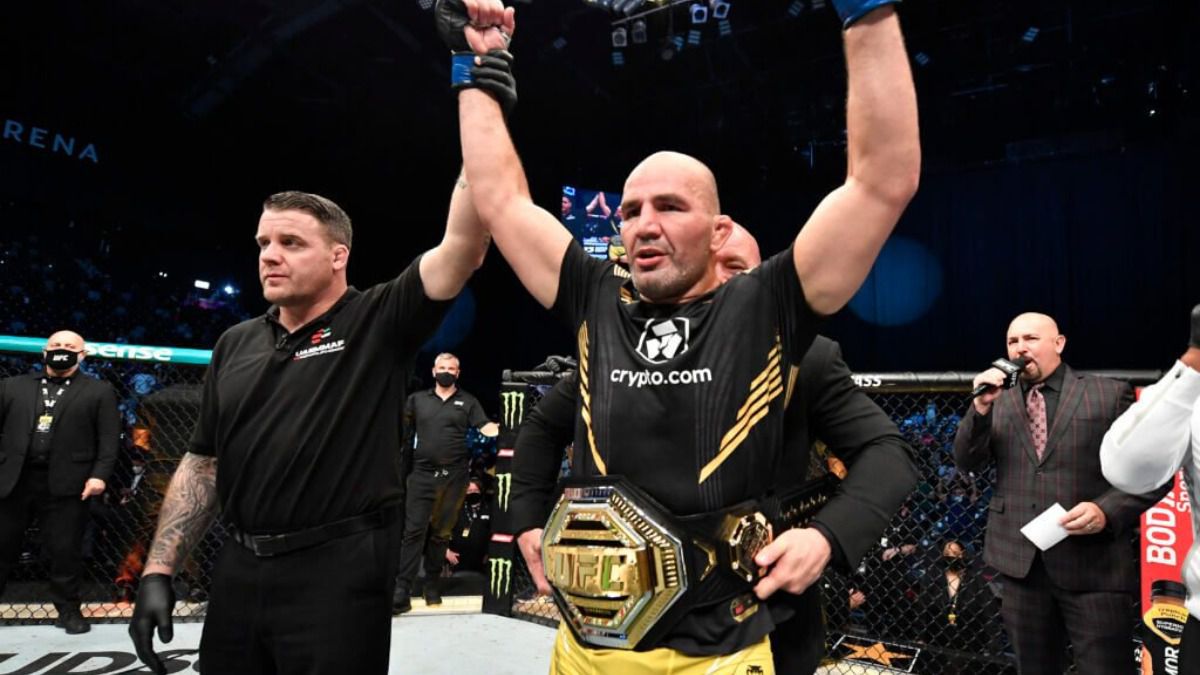