Giga Chikadze vs Calvin Kattar In The Works For Jan. 15 Main Event
published on October 9, 2021
curated and posted by BRWLRZ Team

The UFC is looking to pair two of the finest strikers in the promotion to kick off the new year with a featherweight scrap between Giga Chikadze and Calvin Kattar.

The January 15 Fight Night card will be the first event of the year, and MMA Junkie reports the main event is looking to be Calvin Kattar (#5) facing Giga Chikadze (#8). Ironically, Calvin Kattar also main-evented the first UFC event of this year when he lost to Max Holloway via unanimous decision. Despite the loss, Kattar’s toughness was put on full display as he absorbed a record number of strikes from Holloway. With a full year to recover, Kattar will hope to use more offense and less toughness in his bout against another accomplished striker in Giga Chikadze.

Giga Chikadze has been calling for a fight against several individuals, with Calvin Kattar’s name being among them. Chikadze accused Kattar of “disappearing” after having agreed to a fight, but it now looks a though Kattar has every intention of showing up on January 15 and handing Chikadze his first UFC loss. Chikdadze currently has a UFC record of 7-0, most recently defeating Edson Barboza via second-round TKO.

Once finalized, the updated January 15 lineup will look like this:

What is your prediction for this high-level banger to kick off 2022? 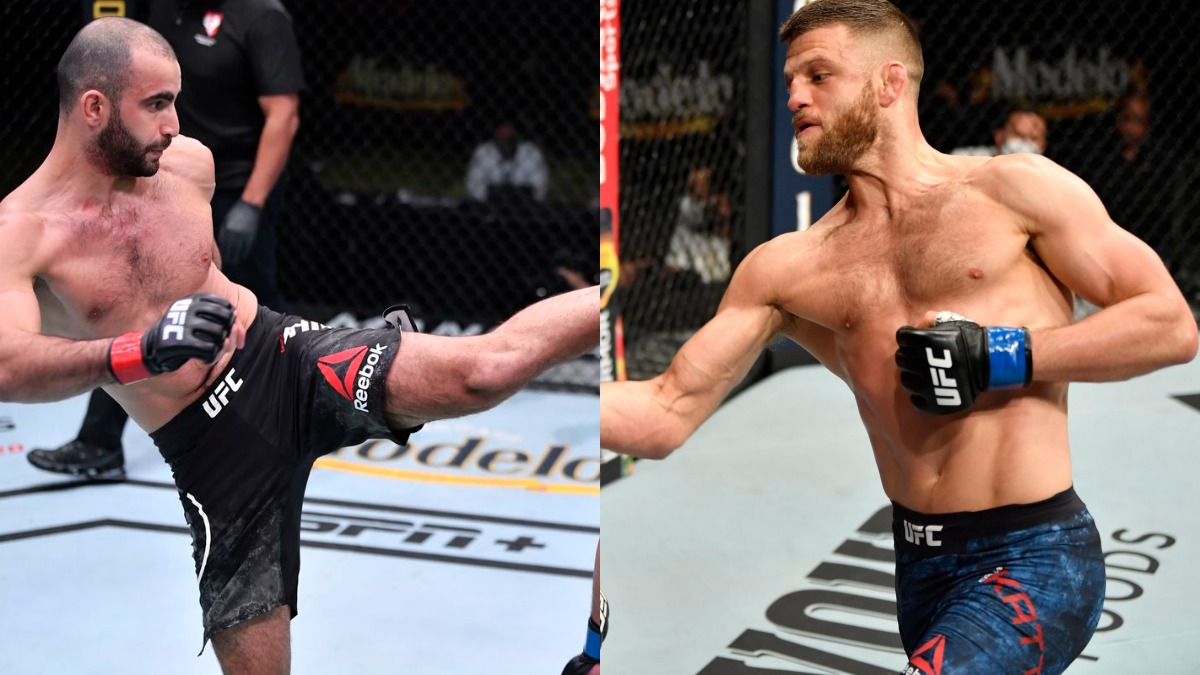