George Hardwick Interested In A UFC Debut Matchup Vs. Michal Figlak: “That Would Be A Good Fight.”
published on December 18, 2022
curated and posted by BRWLRZ Team 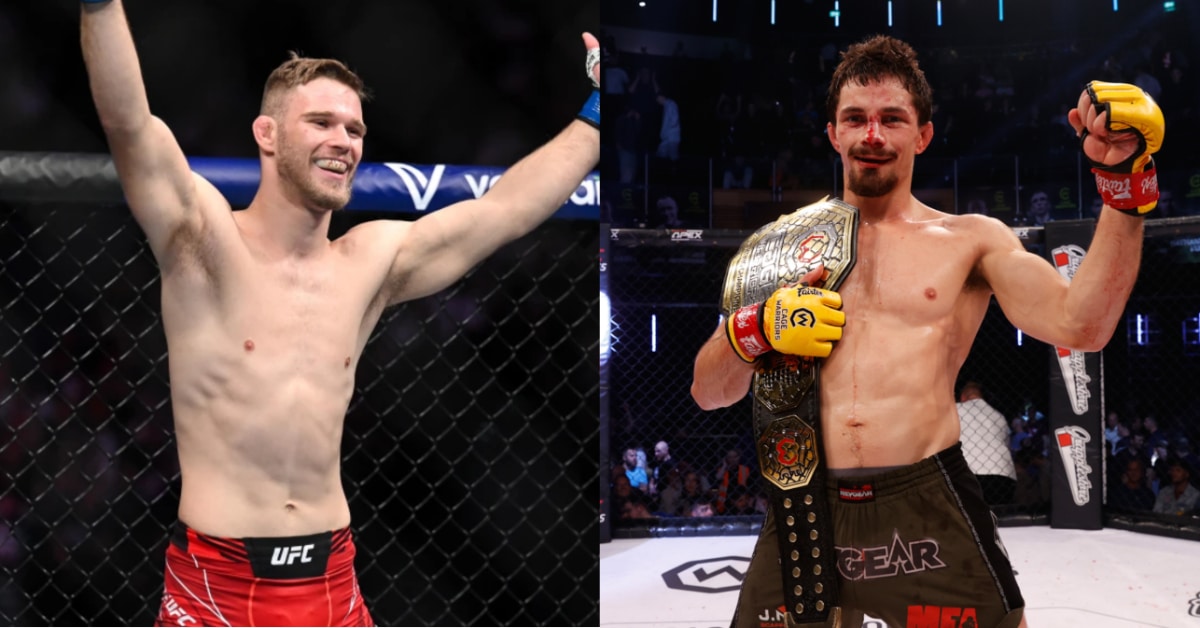 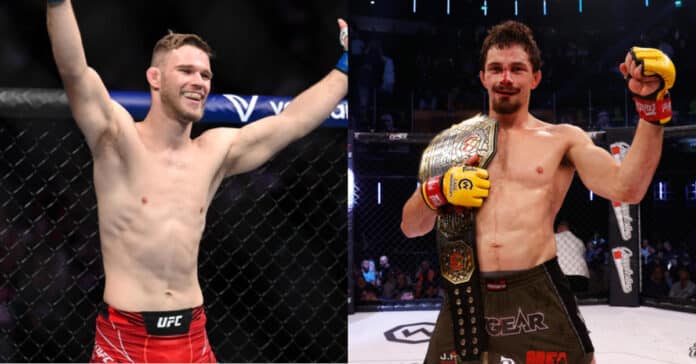 George Hardwick is open to facing long-time rival Michal Figlak in a potential promotional debut for the UFC in March.

Hardwick currently holds the Cage Warriors lightweight belt, having defeated Chris Bungard in his first title defense in November. The fight was one of his most impressive to date, winning a decisive first round before finishing the fight with a body shot in round two.

In a recent LowKickMMA Exclusive Interview with Frank Bonada, George Hardwick revealed that he is hoping to return to action in early 2023, stating:

Fans of the sport will no doubt be aware that the UFC is once again holding an event in England in March. Considering the blistering form Goerge Hardwick is on, and Cage Warriors’ close relationship with the UFC, it would be no surprise to see Hardwick getting the call-up for that card. When asked about a potential UFC debut in March, Hardwick had the following to say:

“That’s the goal. That would be ideal. But that’s stuff I’ve got no control over. That’s what my manager deals with. I’m just gonna train to be the most effective martial artist I can be. Enjoying the extra calories for a bit. Cage Warriors events pick up in March, so if there’s no UFC call-up then, (I’ll) just defend the belt again.”

George Hardwick has been offered a UFC contract in the past, but was forced to turn it down.

When the UFC made its maiden trip to France, Hardwick was offered a short-notice fight with Firas Ziam on the preliminary card. However, he had not fully recovered from injuries sustained in his previous fight. Instead, the UFC turned to Michal Figlak, the man whom Hardwick had appeared set to face off against next.

Now with a UFC debut on the horizon, Hardwick is still very much open to a matchup vs. ‘Mad Dog.’ Speaking in the interview, he discussed the circumstances surrounding the UFC Paris call-up, as well as a fight with Figlak.

“Yeah, I would love to fight that. It’s kinda weird, I was primed for a possible fight with him for the Cage Warriors belt. Obviously had that stare-down that lasted ten minutes. And then he stepped up, on that week’s notice to fight in Paris. But you know, even his fight with Sadari, he took a few big knees, you’ve got to be careful back to back. That’s one of the reasons why I knocked it back because my hands were still busted up. I tried to rush back into training and it didn’t help them. My nose was still a bit busted up and it was just really bad timing, to jump in on an opportunity like that on a week’s notice.”

“But you know, that would be a good fight. He likes to come forward. I do, but I do it a bit better. It would be a shame that it wouldn’t be five rounds but yeah, it’d still be great.”

During a photoshoot for CW 141 Unlocked, George Hardwick and Michal Figlak can be seen squaring off in a particularly tense moment, check out the clip below:

Would you like to see George Hardwick vs. Michal Figlak?