Geoff Neal vs. Santiago Ponzinibbio Set For UFC 269 On Dec. 11
published on October 12, 2021
curated and posted by BRWLRZ Team

Neal is expected to face off against UFC veteran Ponzinibbio in the welterweight division for the stacked UFC 269 card headlined by Charles Oliveira vs. Dustin Poirier on December 11. Both sides have reportedly come to an agreement according to ESPN Brett Okamoto. The venue and location have not yet been confirmed; however, it is likely the event will take place at the T-Mobile Arena in Las Vegas.

Neal (13-4) is coming off two disappointing back-to-back losses against Stephen Thompson and Neil Magny in 2020 and 2021 respectively, as the American will be desperately looking to bounce back with a win to retain his top-10 status in the division.

Prior to the two losses, Neal was on a surging seven-fight win streak and was undefeated in the UFC, defeating the likes of Belal Muhammad, Niko Price, and Mike Perry. His last win was two years ago back in 2019. Currently ranked #10 in the division, Neal will be looking to return in the winning column and be seen as the serious title contender he once trending to be.

#12-ranked welterweight contender Santiago Ponzinibbio (28-4) was last seen in action in a fight of the year contender against the highly touted prospect Miguel Baeza. The fight was non-stop, back-and-forth action in which Ponzinibbio was able to earn a hard-fought unanimous decision win. The “Argentine Dagger” will look to continue his winning momentum and hopefully regain his spot in the top 10.

With the latest addition, the current UFC 269 lineup includes:

Who do you see winning this exciting clash between two of the most fierce strikers in the welterweight division? 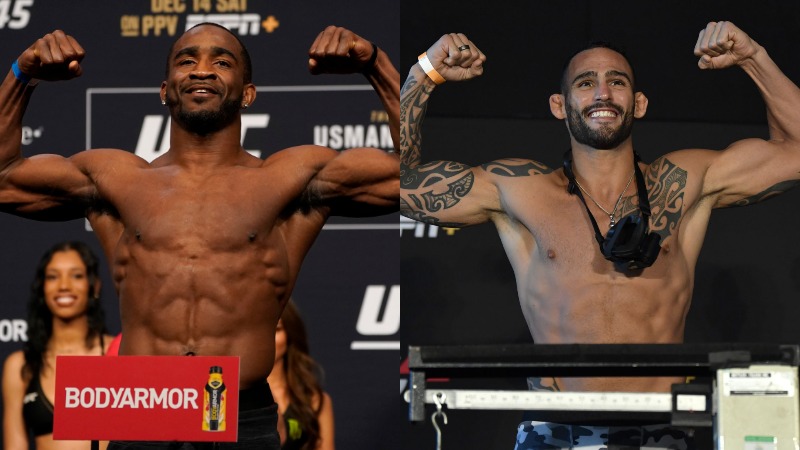