Gane Reveals What He Told Lewis Immediately After UFC 265 Fight
published on January 19, 2022
curated and posted by BRWLRZ Team

Interim UFC Heavyweight Champion Ciryl Gane has revealed what he told Derrick Lewis after finishing him in the UFC 265 main event last August.

2021 was a fantastic year for breakout star Gane. Despite only transitioning from Muay Thai to mixed martial arts in 2018, the Frenchman has built an unblemished 10-0 record, made it to the world’s premier MMA promotion, and had UFC gold wrapped around his waist in the space of just three years.

When titleholder Francis Ngannou was unable to defend his championship at Houston’s UFC 265, Gane was drafted in to face Lewis for the interim belt. Making the most of his opportunity, the 31-year-old dominated “The Black Beast” for two-and-a-half rounds, before finishing him via TKO in the third frame.

Gane Comforted Lewis In The Octagon

As Gane set up a blockbuster unification showdown with “The Predator,” set for UFC 270 next weekend, Lewis was left wondering what could have been. The veteran knockout artist was visibly upset in the cage, something Gane acknowledged at the time.

During a recent appearance on Ariel Helwani’s The MMA Hour, Gane revealed what he told Lewis when he went over to his defeated opponent in the Octagon inside the Toyota Center.

“I said exactly what my feeling at this moment (was). Like, just, ‘I’m really confused, you’re in front of your fans, but it’s going to be okay, and I like you so much. You are really funny.’ I like this guy, really. Derrick Lewis is so (funny). I really like this guy,” said Gane. “And just good feeling, just good feelings. Like, ‘It’s going to be okay, you’re going to jump again into the cage and do very well,’ and he did it. So no, he’s really not finished and that’s why MMA and UFC is beautiful.”

While Lewis rebounded in style last month by brutally knocking out rising contender Chris Daukaus in the UFC Vegas 45 main event, Gane has been training hard in preparation for his unification title fight against Ngannou.

As well as being former teammates at Paris’ MMA Factory gym and the bitter feud between Ngannou and Gane’s coach Fernand Lopez, the champion’s current contractual uncertainty and boxing ambitions have provided a compelling story ahead of the opening UFC pay-per-view of 2022.

Do you think Ciryl Gane has what it takes to survive Francis Ngannou’s power and leave UFC 270 as the undisputed champion? 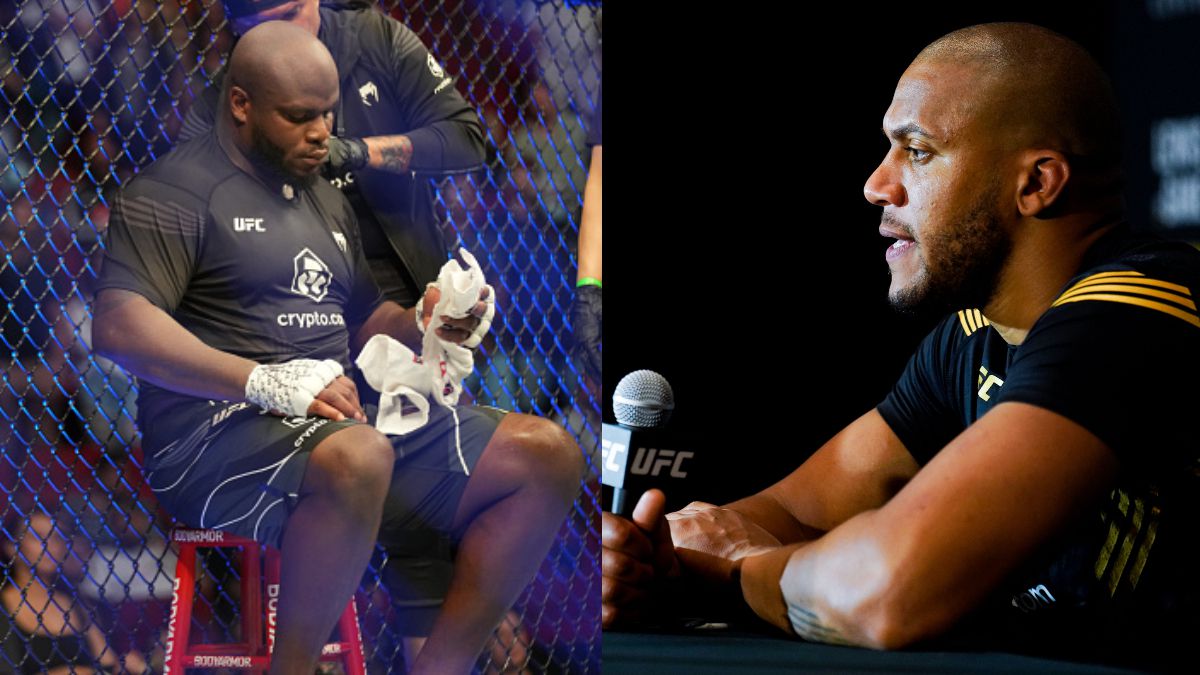