Gane On Backstage Ngannou Snub At UFC 268: “Why? Just Why?”
published on November 11, 2021
curated and posted by BRWLRZ Team

Gane, who trains out of Fernand Lopez’s MMA Factory in Paris, France, set a collision course with Ngannou, a former member of the gym, with his crowning in August. After “The Predator” wasn’t ready to defend his belt against Derrick Lewis at Houston’s UFC 265 pay-per-view, the promotion’s desire to have “The Black Beast” headline saw “Bon Gamin” matched up with him in a controversial interim title fight.

After finishing Lewis, marking his third main event win of 2021, Gane extended his unbeaten record to 10-0 and booked himself in a blockbuster unification bout against the champion. Despite being months away from their clash, tensions appear to be high between the elite heavyweights.

At UFC 268 in New York City, Ngannou, who was in attendance to support fellow African champion Kamaru Usman, crossed paths with Gane and Lopez backstage. The pair were at Madison Square Garden to corner Nassourdine Imavov in his prelim fight against Edmen Shahbazyan.

In a video that went viral in the MMA community, the champion can be seen walking straight past his former coach and the interim titleholder without so much as a glance their way.

Now, in an interaction with MMA Junkie’s Farah Hannoun, Gane has commented on the tense backstage snub. According to “Bon Gamin,” he was left perplexed by Ngannou’s decision not to acknowledge his former team. The Frenchman described the Cameroonian’s conduct as “not necessary.”

But while Gane holds some understanding for Ngannou’s decision to avoid an interaction with him and Lopez, the interim champ’s real confusion surrounds his upcoming opponent’s decision not to greet Imavov.

According to Gane, the surging middleweight was one of Ngannou’s top sparring partners during his time at MMA Factory. Given that he’d just defeated a high-ranked contender, a win which has seen him rise to #12 at 185 pounds, Gane believes it’s a shame Imavov was also dismissed by Ngannou.

The stage for the unification bout between Gane and Ngannou is certainly being nicely set. The pair are expected to come to blows in the main event of UFC 270 on January 22. Given his unique heavyweight style, many are intrigued to see how “Bon Gamin” fares against the biggest powerhouse in the division.

Will Gane’s ‘hit and don’t be hit’ gameplan stump Ngannou like it has so many other top heavyweights? Only time will tell…

Who do you think will walk away with the undisputed heavyweight gold on January 22, Ciryl Gane or Francis Ngannou? 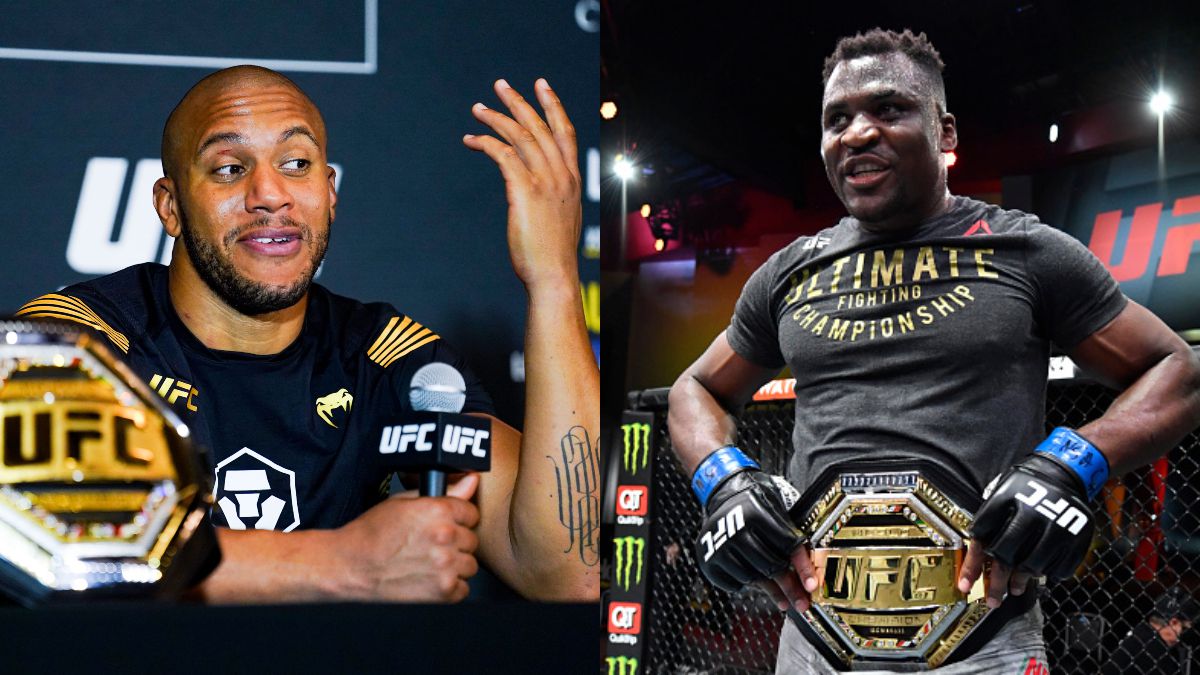