As with Gane’s next Octagon appearance, Fury was matched up with a powerhouse in his last outing. For the third time, he faced Deontay Wilder inside the ring. The pair first collided inside Los Angeles’ Staples Center in 2018. After surviving a late knockdown, many expected “The Gypsy King” to have his hand raised. Instead, the fight was controversially ruled a split-decision draw.

The two heavyweight stars ran it back last February at the MGM Grand Garden Arena. In the rematch, Fury dominated throughout and became champion via a seventh-round TKO. The Englishman had his sights set on a blockbuster clash with his compatriot Anthony Joshua this year. However, Wilder successfully put a stop to those plans by forcing a contractually obliged trilogy with Fury.

Last weekend, the rivals met for the third time. They closed their feud with one of the best heavyweight boxing matches in recent memory. Despite eating the full force of Wilder’s power, and being knocked down more than once in the fourth round, Fury recovered and was on top for the remainder of the contest. He finished “The Bronze Bomber” with a brutal KO in the 11th frame.

In the aftermath of the fight, elite UFC heavyweight Gane gave his take on the incredible Las Vegas showdown combat sports fans were treated to on Saturday. During an appearance on Submission Radio, “Bon Gamin” praised both men, but suggested he wasn’t surprised to see Fury’s hand raised given his immense fight IQ.

Discussing how Fury dealt with Wilder’s famed power, which even “The Gypsy King” acknowledged was harder than he could ever strike, Gane asserted that smart, fast, and technical fighters can often find the path to victory against the most brutal hitters. The interim champ is hoping to use Fury’s latest success as an example as he prepares to face the most powerful puncher in the UFC.

Gane and Ngannou are set to collide in a unification bout at UFC 270. In what will be the opening pay-per-view of 2022, the promotion will be hoping to begin the year with some heavyweight fireworks.

Do you think Ciryl Gane has what it takes to dethrone Francis Ngannou at UFC 270? 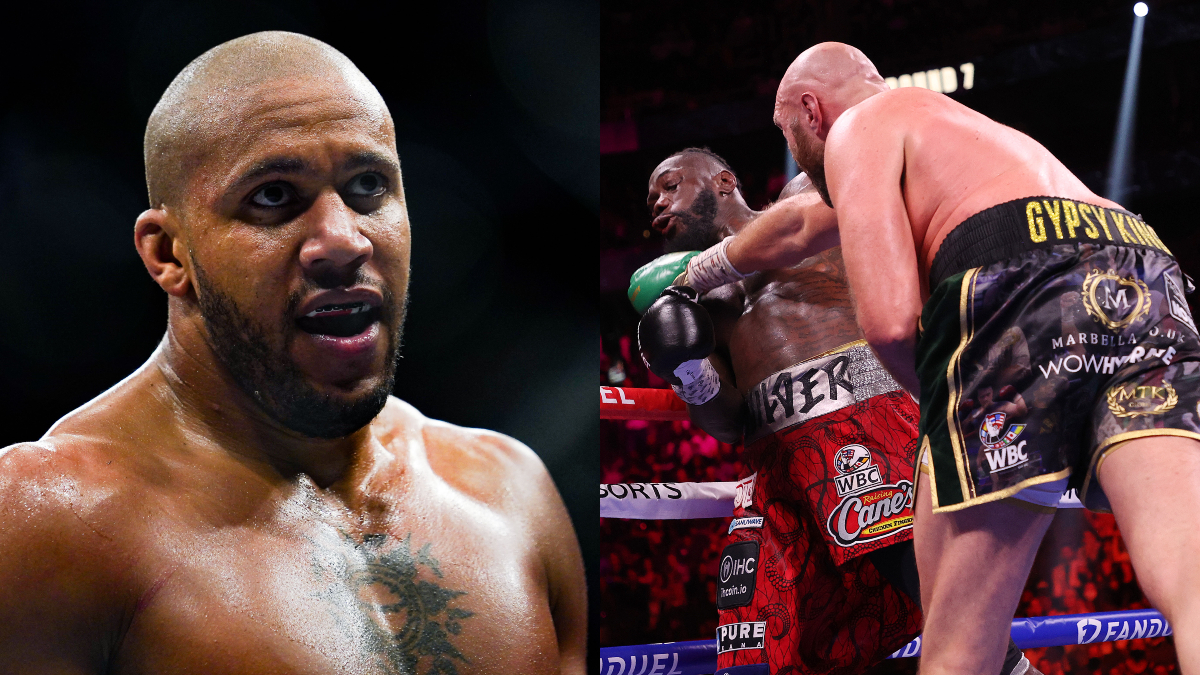