Gaethje On Makhachev: I Hate Seeing Unexciting Fighters Get Pushed
published on October 8, 2021
curated and posted by BRWLRZ Team

Makhachev, who is widely regarded as the Dagestani heir to Khabib Nurmagomedov‘s vacated throne, has quickly ascended the 155-pound UFC ladder this year. After submitting Drew Dober at UFC 259 in March, the surging contender secured his first main event in the promotion. Against then-#14 lightweight Thiago Moisés, Makhachev extended his win streak to eight.

With wins over Nik Lentz, Gleison Tibau, Arman Tsarukyan, and Davi Ramos, the Russian had already established himself as a name to watch out for in 2021. Following consecutive wins this year, Makhachev has moved a big step closer to the title, perhaps a bigger step than many believe was warranted.

Despite being ranked at #9 heading into UFC Vegas 31, and beating a man sat below him in the top 15, Makhachev found himself inside the divisional top five in the rankings update following his fourth-round submission victory over the Brazilian. That was despite not facing a single top 10 opponent.

Like many fans and pundits, #2-ranked Justin Gaethje has questioned the decision to have the rising 30-year-old jump above so many other contenders. In an interview with Helen Yee, “The Highlight” described the four-spot rank rise as “crazy.”

“It’ll be good to see Islam fight someone that’s ranked high. It was crazy to see, you know, we’ve got the same management and all that, but to see the dude jump from 15, or wherever, 12 to five, after beating the #14 guy, was pretty crazy to me So yeah, I’m glad to see him fight an actual ranked fighter.”

Suggesting he finds Makhachev to be unexciting, Gaethje added that he doesn’t enjoy seeing fighters that don’t bring a high level of entertainment to the Octagon receive pushes.

“I hate to see people get pushed that are not finishing people or are not exciting. But, that’s just me and that’s how I’ll be whether he’s champion or not, that’ll be my outlook.”

Makhachev’s next fight was originally set to be against long-time rival Rafael dos Anjos. After the Brazilian withdrew from injury, Dan Hooker has stepped in to face Makhachev at UFC 267 this month. In what will be the Russian’s stiffest test to date, Gaethje is hoping to see “The Hangman” bring the fight to the 30-year-old.

“Islam’s obviously gonna go out there and try and wrestle, try to control and, you know, fight the fight that they fight. I think he’s going to be a big favorite. He’s probably a huge favorite because Dan Hooker‘s a striker, he’s not a grappler, he’s never been known as a grappler. I hope he can stop some takedowns and make Islam fight. We’ve seen him get knocked out before.”

Who do you think will have their hand raised at UFC 267, Islam Makhachev or Dan Hooker? 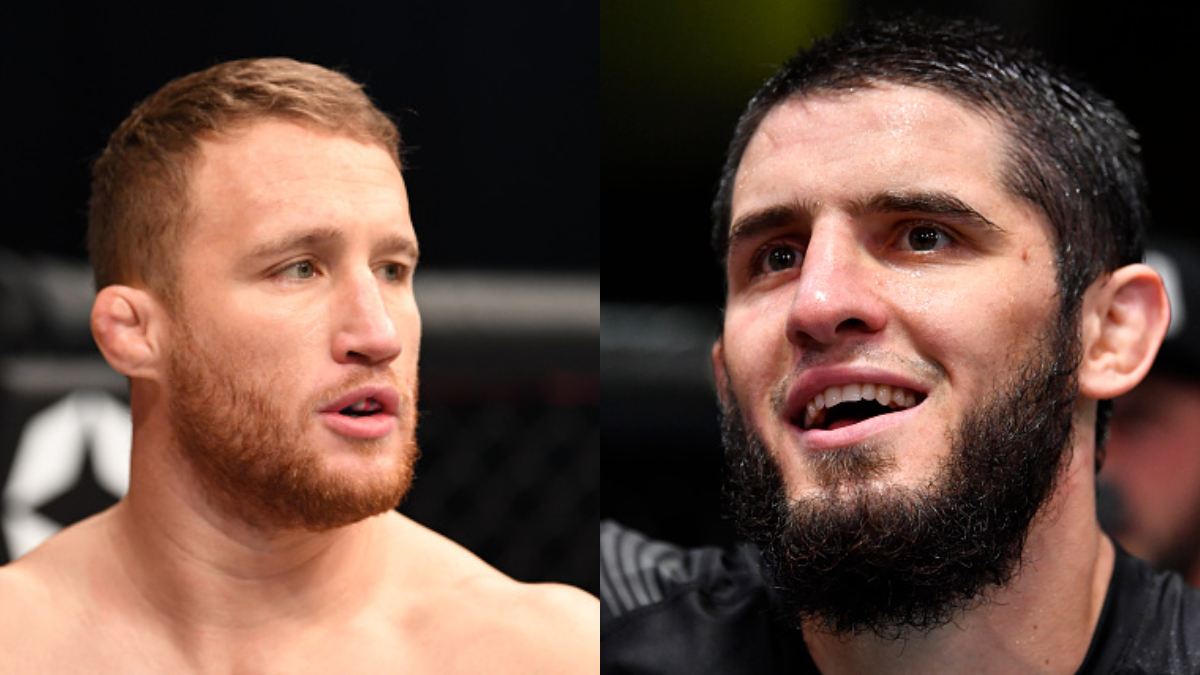