Gaethje “Knew Something Was Not Right” Ahead Of Khabib Loss
published on November 7, 2021
curated and posted by BRWLRZ Team

UFC lightweight Justin Gaethje has named some of the factors that could have been behind his performance at UFC 254 last October.

Having won interim gold with a dominant striking display against Tony Ferguson at UFC 249, “The Highlight” looked to unify his title five months later against the unstoppable Khabib Nurmagomedov. The pair collided in an Abu Dhabi-held main event in what would prove to be the great Dagestani’s final Octagon outing.

Despite appearing to implement his gameplan well in the opening round, Gaethje saw his hopes of becoming the first blemish on the record of “The Eagle” slip away in the second frame as he slipped away from consciousness, courtesy of a perfectly-executed triangle choke.

While he acknowledges Khabib’s skill and accepts the defeat, Gaethje still believes a number of factors contributed to his defeat on Fight Island. During an interview with Yahoo! Sports, the 32-year-old revealed he knew something was wrong on the morning of the championship fight.

Gaethje also discussed the fact the event took place in the Middle East. Citing his inability to maintain a structure on Yas Island, “The Highlight” suggested the location may have hampered his preparations for UFC 254.

“It (the fight) being halfway across the planet, if you are a creature of habit, you are completely out of your world. There was nothing there that I could keep, you know, a structure to. I had no control of food, water, anything, no control of the time zone. You know, those may have all been factors, I’m not sure, I don’t know why my body wasn’t primed to perform that day and I felt that after the first round. I felt every single bit of it. I felt tired, exhausted and I’m sure most of it was his ability to walk through my shots and put pressure, a constant pressure on me. That was probably the biggest factor and the other factors, I can’t understand or explain.”

Having been snubbed for the UFC 262 vacant title fight following Khabib’s retirement, and being left without an opponent, Gaethje will return to action for the first time in over a year this weekend. In the UFC 268 main card opener, he’ll face fellow former title challenger Michael Chandler. Both men will be looking to secure another crack at the lightweight throne with a strong performance inside Madison Square Garden on Saturday.

Do you think Justin Gaethje will return to title contention with a victory over Michael Chandler this weekend? 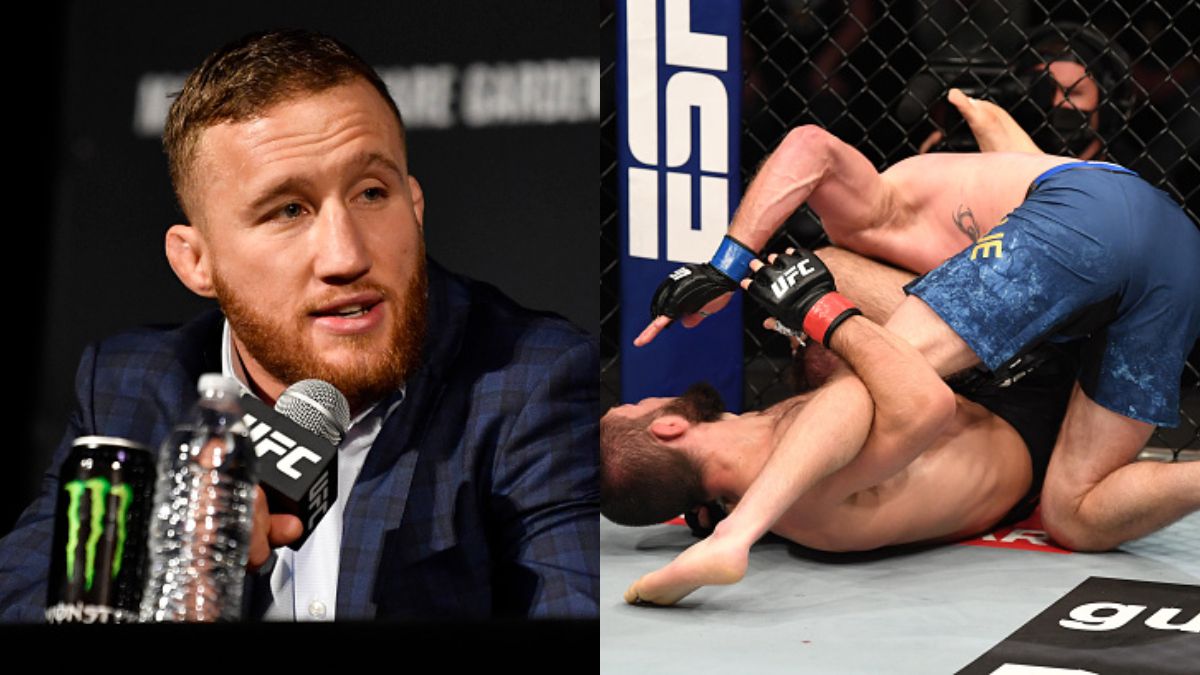