Gaethje: Chandler’s Title Shot After Beating Hooker “Sh*t On The Sport”
published on November 6, 2021
curated and posted by BRWLRZ Team

UFC lightweight contender Justin Gaethje has continued to slam the UFC for giving Michael Chandler a shot at the vacant title at UFC 262 in May.

Gaethje has had clear disdain towards the promotion for snubbing him when it came to creating the first championship fight following Khabib Nurmagomedov’s retirement. Despite being interim champ in 2020 and being the last man to challenge “The Eagle,” not only did “The Highlight” find himself out in the cold when it came to the title picture, but he was also left without an opponent for over a year.

Now nearly 13 months on from his defeat to Khabib at UFC 254, Gaethje is set to return to action. In the main card opener of an absolutely stacked UFC 268 pay-per-view this weekend, the 32-year-old will face one of the men chosen to fight for gold earlier this year, former three-time Bellator champ Chandler.

When Khabib vacated the belt, many expected Gaethje and Dustin Poirier to run it back for the title. After “The Diamond” chose to pursue a lucrative trilogy clash with Conor McGregor and “The Highlight” found himself out of the discussion, Chandler fought for UFC gold in just his second fight in the promotion.

After making the transition to MMA’s leading promotion in 2020, “Iron” made his highly-anticipated debut at UFC 257 in January this year. In the opening round, Chandler made a statement to the division with a TKO finish against the always-durable and tough Dan Hooker.

Despite the impressive debut performance, Gaethje remains baffled that it secured a title shot for Chandler. Speaking to ESPN MMA’s Marc Raimondi ahead of UFC 268, the Arizona native claimed he deserved to be fighting for the belt in Houston.

“With Khabib retiring, it kind of messed things up a little bit. #1 fought #5, #3 fought #4 for the belt, and if you were #2, you know, you were left out in the cold, and it happens that Justin Gaethje was #2. If I was one, four, three, five, then I probably wouldn’t be as upset. Naturally, I wanted the shot. I feel like I deserved the shot.”

Gaethje went on to suggest the decision to have Chandler enter the cage with gold on the line after one win over Hooker “shit on the sport.” Despite claiming he doesn’t have a personal beef with his upcoming opponent, “The Highlight” did admit some of his ill-feeling towards the #4-ranked contender may have derived from his UFC 262 opportunity.

“I think some of the animosity came from him getting a title shot off of beating Dan Hooker. That, in my mind, shit on the sport and shit on what we’re doing here. I was upset about that. Not necessarily with him, more so with the UFC and how the process unfolded.

“I didn’t think a win over Dan Hooker was enough to get him a title shot, no way. Dan is a great fighter, but he’s had a rough streak, and he had a rough streak going into that fight. They wanted someone to fight for a title that didn’t lose to Khabib, I understand that. It’s a multi-billion dollar company, they make their choices and we’ve gotta ride with it. I can criticize from the outside but I don’t know what was going on in the meeting room.”

After waiting for other rivalries and fights to play out, Gaethje will finally have the opportunity to return to the title picture this Saturday. But in his way will be another former title challenger looking to rebound and stake his claim for a second championship opportunity.

Who do you think will leave Madison Square Garden with another W on their record, Justin Gaethje or Michael Chandler? 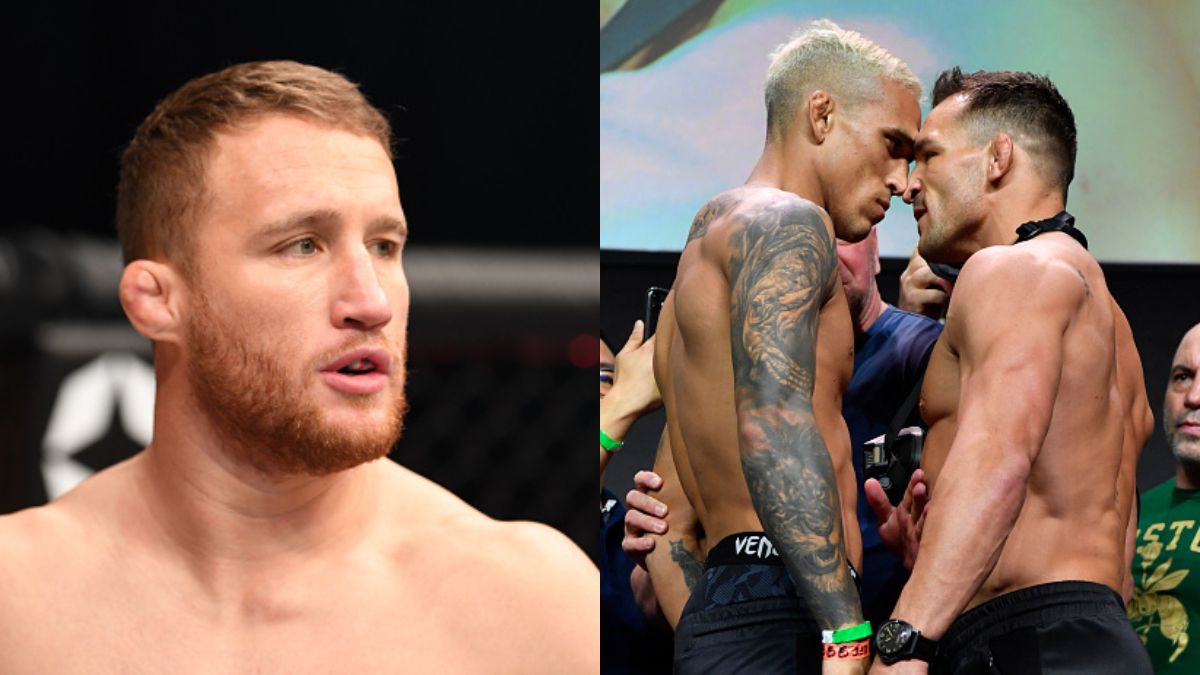