Frankie Edgar Isn’t “Ready” To Commit To Retirement Yet
published on November 11, 2021
curated and posted by BRWLRZ Team

Former UFC Lightweight Champion Frankie Edgar isn’t ready to make a decision on his future in MMA. However, for the first time in his career, he isn’t thinking about his next fight.

Edgar suffered his second devastating knockout loss of the year at UFC 268 last weekend. Inside Madison Square Garden, “The Answer” faced Marlon “Chito” Vera. Despite a strong start, the 40-year-old was sent to the canvas by a brutal front kick in the third round.

The loss followed an equally vicious setback against Cory Sandhagen in February. Having arrived at bantamweight with an impressive main event victory over Pedro Munhoz last August, Edgar challenged “The Sandman” at UFC Vegas 18. After just 28 seconds, the former 155-pound king was rendered unconscious by a flying knee.

Edgar Doesn’t Have A Definitive Answer On His Future

Having been finished by strikes just once in his first 31 professional outings, Edgar has now suffered three KO losses in his last four fights. That, coupled with his recent transition into the forties, has understandably brought up questions surrounding his future in the sport, with many suggesting now is the right time for the legend to retire.

During a recent episode of his Champ and the Tramp podcast, Edgar acknowledged that his retirement is the main topic coming out of his loss in New York City last Saturday. However, “The Answer” isn’t ready to make the monumental decision yet.

“Everybody’s going to bring up the fucking retirement and this and that, and I’m not gonna answer it because I don’t know what it is, honestly. I just want to know, when I do retire, I’m never coming back. I’m not ready for that yet. I’m not ready to make that decision yet.” (h/t MMA Fighting)

Despite that, Edgar did admit that for the first time in his career, he has no desire to think about his next fight or return to the gym immediately.

Similar to his remarks pre-fight, Edgar went on to suggest he doesn’t want to be finished with the sport yet. In his mind, he can still compete at a high level in the UFC. Nevertheless, the 40-year-old knows he’s found himself coming off KO losses too much in recent years.

“I know I’ve got a lot left to give this sport in many ways, like my spirit doesn’t want to be done, that’s for sure,” Edgar said. “I feel like I can still do this at a high level. I was doing that at a high level two nights ago and got caught with a good shot.

With the departure of Anderson Silva last year, many fans and pundits have discussed when the right time for fighters to hang up their gloves is. While many believe leaving the sport at their peak, similar to Khabib Nurmagomedov‘s retirement, is the best strategy, Frankie Edgar doesn’t believe fighting beyond his prime should tarnish his legacy inside the Octagon.

“Everyone asks, ‘What’s your legacy? What do you want your legacy to be?’ I make up some shit because I don’t know what it is. I don’t know what I want my legacy to be. I go out there and I fucking put it on the line, I put my heart into everything, I fucking prepare 100 percent of the way. But is that legacy? If that’s what I’m defined by, then I go out there again and I’m gonna put my fucking heart on the line again and I lose again, I’m tarnishing my legacy? How am I tarnishing that?”

Do you think Frankie Edgar should call time on his Octagon career? 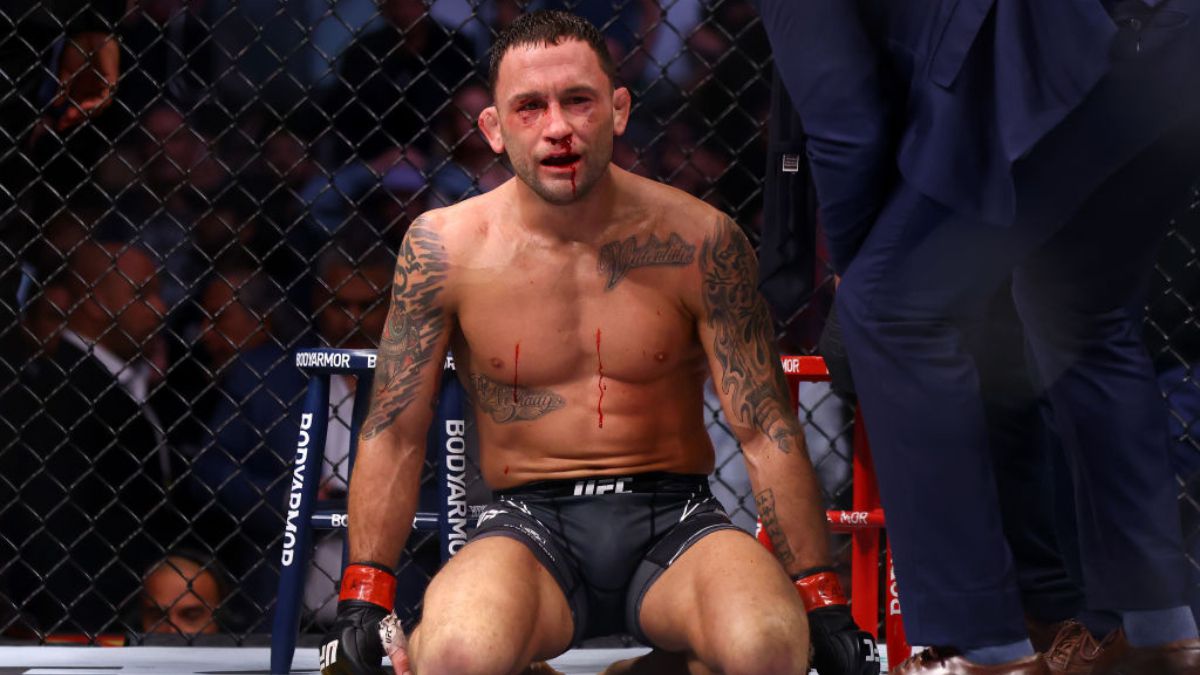