Francis Ngannou: Kamaru Usman Is The Best Fighter Of All Time
published on January 15, 2022
curated and posted by BRWLRZ Team

In 2021, Usman extended his reign at 170 pounds and continued his dominance over the top contenders in the division. At the start of the year, he overcame early adversity at UFC 258 to TKO former teammate Gilbert Burns, who was riding a six-fight win streak into his first title shot.

After showing the improvements he’s made to his striking under the tutelage of Trevor Wittman against Burns, Usman put it on full display two months later when he ran it back with Jorge Masvidal at UFC 261. In the second round, he secured his place in the Knockout of the Year debate with a brutal right hand.

Having ascended the pound-for-pound mountain, Usman further tightened his grip on the welterweight class by defeating Colby Covington for the second time at UFC 268. After being taken the distance in Madison Square Garden, “The Nigerian Nightmare” added another victory over the #1-ranked contender on the scorecards.

Ngannou Has No Doubt Where Usman Lies In The GOAT Debate

After already establishing himself as the P4P king earlier in the year, Usman’s second triumph over Covington further placed himself as one of, if not the, top champions in the UFC. In the eyes of many, the reigning champion’s unbeaten 15-0 record and five successful title defenses have seen him surpass Georges St-Pierre to become the greatest welterweight of all time.

But while that opinion is hotly debated in the MMA community, one UFC titleholder believes Usman has earned that status and a whole lot more.

Speaking in a video uploaded to his YouTube channel, Usman’s fellow African UFC champion Francis Ngannou suggested “The Nigerian Nightmare” is “definitely” the best fighter of all time.

“If you go on his professional record, he’s the best pound-for-pound fighter. And in my opinion, he’s definitely the best fighter of all the time,” said Ngannou. “He’s undefeated (in the UFC), with at least like four or five title (defenses), which is something that (others have done that), but he’s doing it in a pretty way.”

While he perhaps hasn’t gone beyond the likes of Anderson Silva, Jon Jones, and Georges St-Pierre in the opinion of many fans and pundits, it’s hard to deny that Usman is certainly on his way to contending for GOAT status.

If the champ can defeat contenders like Leon Edwards, Vicente Luque, and Khamzat Chimaev in the coming months and years, Ngannou’s opinion may well become the consensus.

Do you think Kamaru Usman is in the GOAT conversation? If not, how many more title defenses does he need? 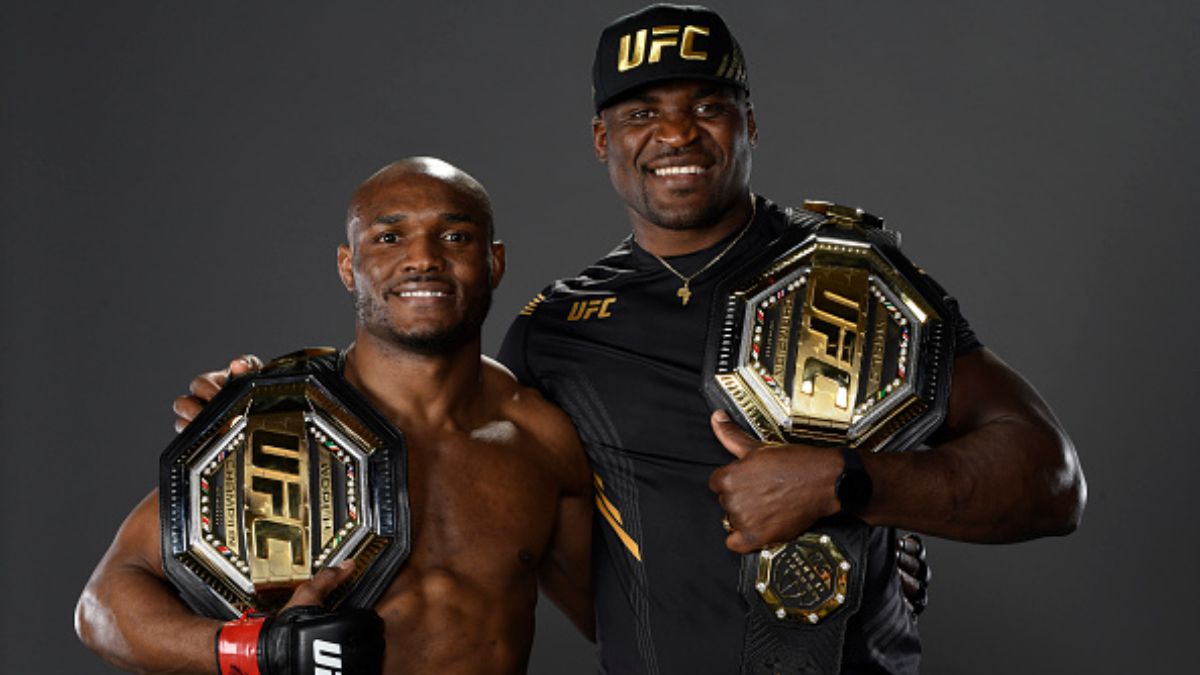