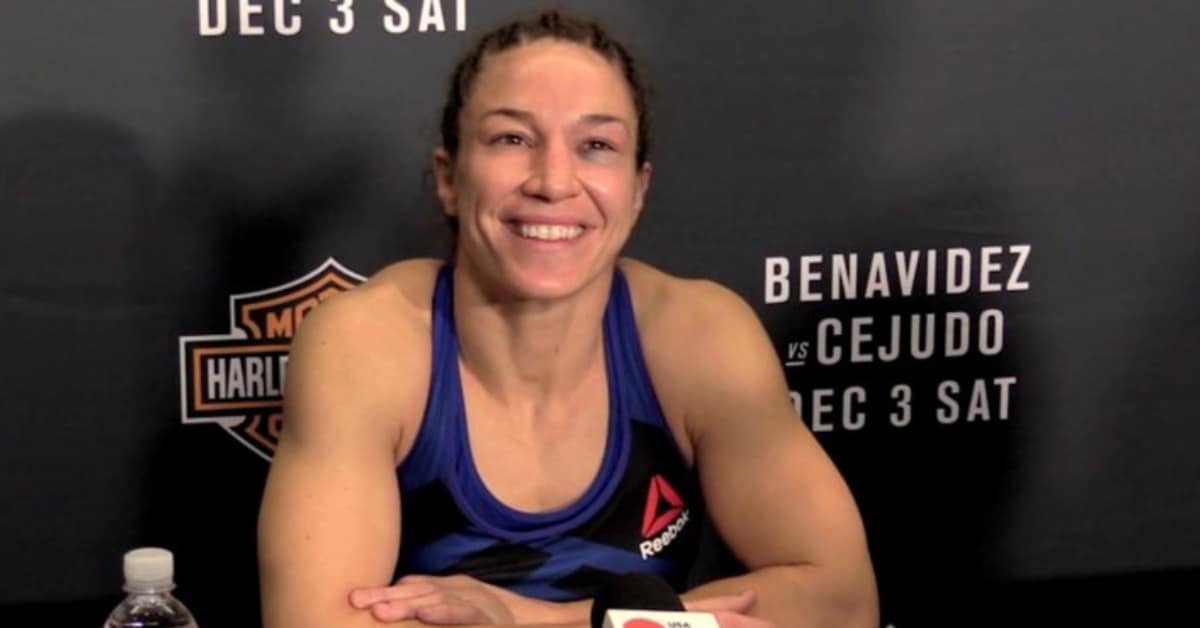 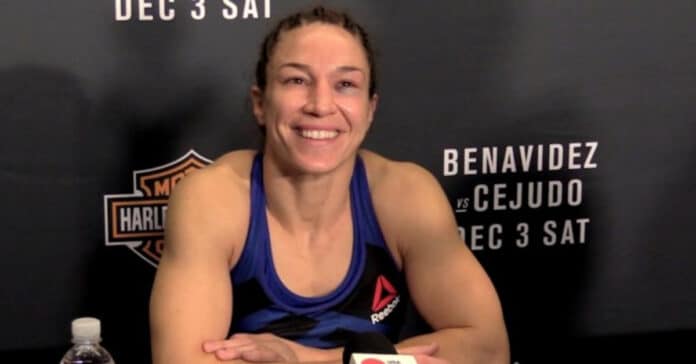 Former UFC title challenger Sara McMann has revealed that she has signed a new promotional deal.

Coming off a win against Karol Rosa earlier this year, Sara McMann was scheduled to face Aspen Ladd, a bout that fell through on multiple occasions, the last of which was due to Ladd missing weight. Ladd would be cut by the UFC for the offense, ruling out a future booking. However, this would also mark the end of McMann’s run in the UFC.

Taking to her Instagram, McMann revealed that she had signed with Bellator and will seemingly receive a pay increase for her troubles.

“After a lot of consideration and negotiation,” McMann said. “I’ve decided to fight for Bellator in the featherweight division. Before my fight with Karol Rosa, Jennifer Goldstein (my amazing manager) asked if I wanted to test free agency or remain with the UFC no matter what. I told her that while I have enjoyed my career fighting for the UFC, I am at a different point in life than when I initially signed with them.

“I’m at a very fortunate time in women’s MMA where other promotions will offer very enticing contracts if you are a top ranked fighter”, McMann continued. “It’s not easy to leave some of the great people I’ve met or the excellent bantamweight fighters I’ve faced. Bellator made an offer that I simply couldn’t refuse.

“I hope to keep all of my friends in the UFC while making new friends in Bellator. The fighting world is a tight knit community and I respect all of the athletes who put it on the line. My desire to be the world champion at featherweight is very strong because I truly believe Bellator has the premier fighters in the world at that weight class. Thank you to every one of my fans, you all are legit fight fans (or wrestlers ) and I can’t wait to showcase my skills without a tough weight cut.” (H/T Sherdog.com)

McMann enjoyed a successful UFC career and played a significant role in the first wave of female fighters in the UFC, fighting for the promotion since 2013.

The Olympic silver medallist would take on a prime Ronda Rousey in her second bout, losing in the first round. McMann holds notable wins over Lauren Murphy, Jessica Eye and Alexis Davis.

Who would you like to see Sara McMann take on in Bellator?