Flashback To Conor McGregor’s 13-Second KO Of José Aldo At UFC 194
published on December 13, 2021
curated and posted by BRWLRZ Team

Six years ago today, Conor McGregor made the giant leap from rising star to megastar, and it only took him 13 seconds.

UFC 194 was headlined by the featherweight unification title bout between undisputed champion José Aldo and Conor McGregor. The build-up remains, to this day, one of the most contentious of all time due to the relentless provocation of Aldo by The Notorious One.

Here is an extended look at the build-up of what was arguably the most anticipated fight in the history of the featherweight division and of 2015.

Below is a look at the live play-by-play provided by MMA News during the UFC 194 event (h/t Matt Boone):

Round 1: The first two “holy sh*t I can’t believe this is happening” fights delivered lots of action, drama, and storytelling. Now, it’s time for the real deal. The main event. The one everyone has been waiting for. To UFC’s credit, they did not stall or do much hype bullsh*t at all. They went from Rockhold and Weidman interviews to Conor McGregor’s entrance in just a few minutes.

“Notorious B.I.G.” by The Notorious B.I.G. plays as “The Notorious” Conor McGregor wraps up in the Irish flag and makes his walk to the Octagon. Can he really get it done against the best in the world, or is he just really good? We’re about to find out!

McGregor settles in the cage as the camera pans and “Run This Town” by Jay-Z, Kanye West & Rihanna plays as the only UFC 145-pound champion in history, José Aldo, begins his walk to the cage. The dude looks ready as hell, folks. Bruce Buffer does his thing. Seconds, people. SECONDS away. McGregor is introduced and takes to the center of the cage like a boss. Aldo is introduced and swings side-to-side with his head down the entire time like a killer.

Staredown time. Aldo walks up with his head down and continues what he was just doing. McGregor just stares at him. Here we go!

Holy shit, it’s over. McGregor face-planted Aldo with his first shot. One follow-up. Aldo was out stiff, face-first. Ladies and gentlemen, “The Notorious” Conor McGregor is the real deal. He did what he said he was going to do again.

Conor McGregor def. Jose Aldo via knockout (punch) at 0:13 of Round 1 to become the new undisputed UFC Featherweight Champion.

Note: 13 seconds folks. Prior to Bruce Buffer’s official decision, we saw José Aldo with a towel covering his face crying. Poor guy. McGregor meanwhile is doing the “make it rain” hand gesture sitting on top of the cage. McGregor says he feels sad for Aldo but precision beats power. We see replays of the knockout again.

Check out this video the UFC put together of the live reaction to this historic KO:

After this ascent to megastardom, Conor McGregor would take it up even another level when he became the first-ever simultaneous multi-division champion when he defeated Eddie Alvarez for the UFC lightweight championship at UFC 205.

Today, McGregor is ranked #9 in the UFC’s lightweight division and continues to set records and accumulate wealth inside and outside of the Octagon. Meanwhile, José Aldo has been unable to reclaim UFC championship gold but is currently experiencing a career resurgence that has him ranked #3 in the bantamweight division.

As for that contentious build-up, these two former enemies have been exchanging mutual respect recently, with McGregor even coming to Aldo’s defense after Khabib Nurmagomedov questioned his current skill level.

What was your reaction to Conor McGregor’s historic 13-second knockout of José Aldo at UFC 194? 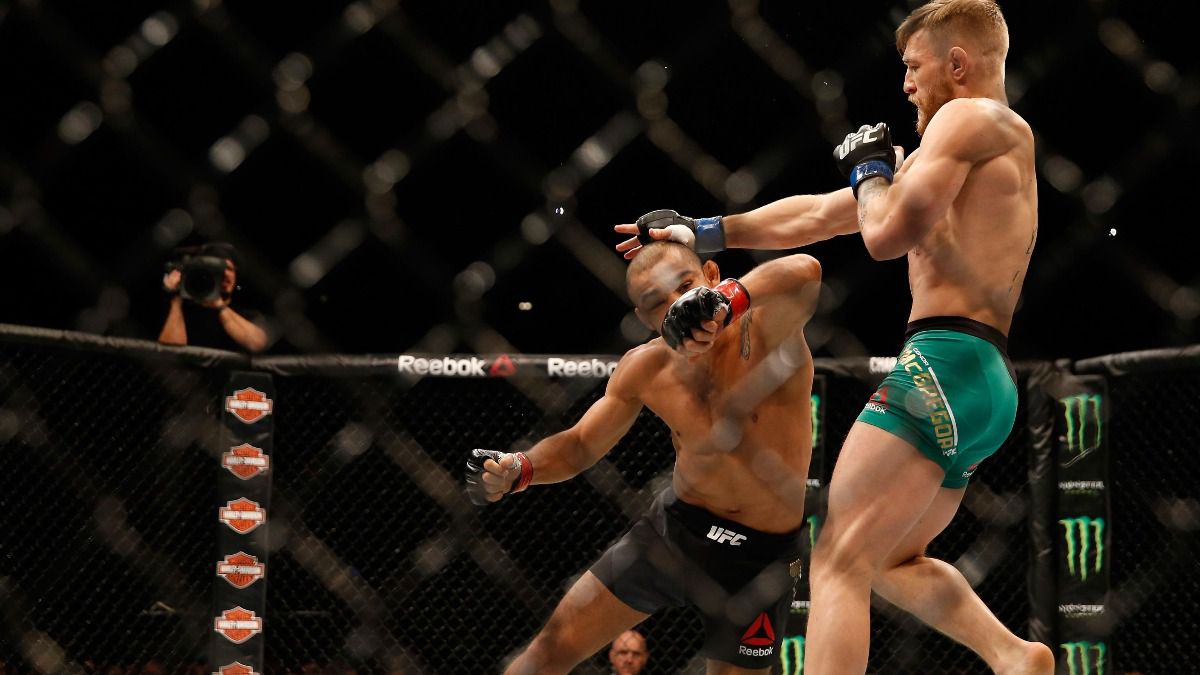