It’s now been one decade since Brock Lesnar retired in the Octagon after losing to Alistair Overeem at UFC 141.

In a rare UFC pay-per-view main event that did not feature a world title on the line, Brock Lesnar made his return after a long struggle with diverticulitis to face Alistair Overeem in The Reem’s promotional debut. After a perfectly placed liver kick, Lesnar crumbled to the canvas, and Overeem was quick to follow up with some strikes to complete the academic ending.

After the fight, a fan in attendance captured Lesnar’s Octagon interview in which he vowed not to fight again.

With rumors swirling following Brock Lesnar’s retirement at UFC 141 that he would likely make a return to the WWE at some point in 2012, it wasn’t shocking that UFC President Dana White was questioned about where Lesnar stood with the company following the announcement.

“When you retire, he retires under contract. I have no idea (how long the contract is). Listen, I’ve had my moments with Brock Lesnar but I’ve had a great relationship with him and we’ll figure it out, no big deal. Never had a situation with a guy where we haven’t done the right thing,” White said.

Lesnar would indeed return to the WWE in April of 2012 and has competed in the WWE off and on over the past 10 years, mostly working as a part-time performer during this span.

He also would compete in the Octagon after all at UFC 200. Lesnar defeated Mark Hunt via unanimous decision, but that win was overturned to a no-contest after Lesnar tested positive for clomiphene.

There were talks of Lesnar potentially returning to fight Daniel Cormier following a UFC 226 post-fight altercation, but Lesnar would instead remain with the WWE and retire from MMA again in 2019.

The embedded video is posted under the protection of Fair Use for the purpose of news reporting and analysis. The copyright owner may contact us to have it removed. 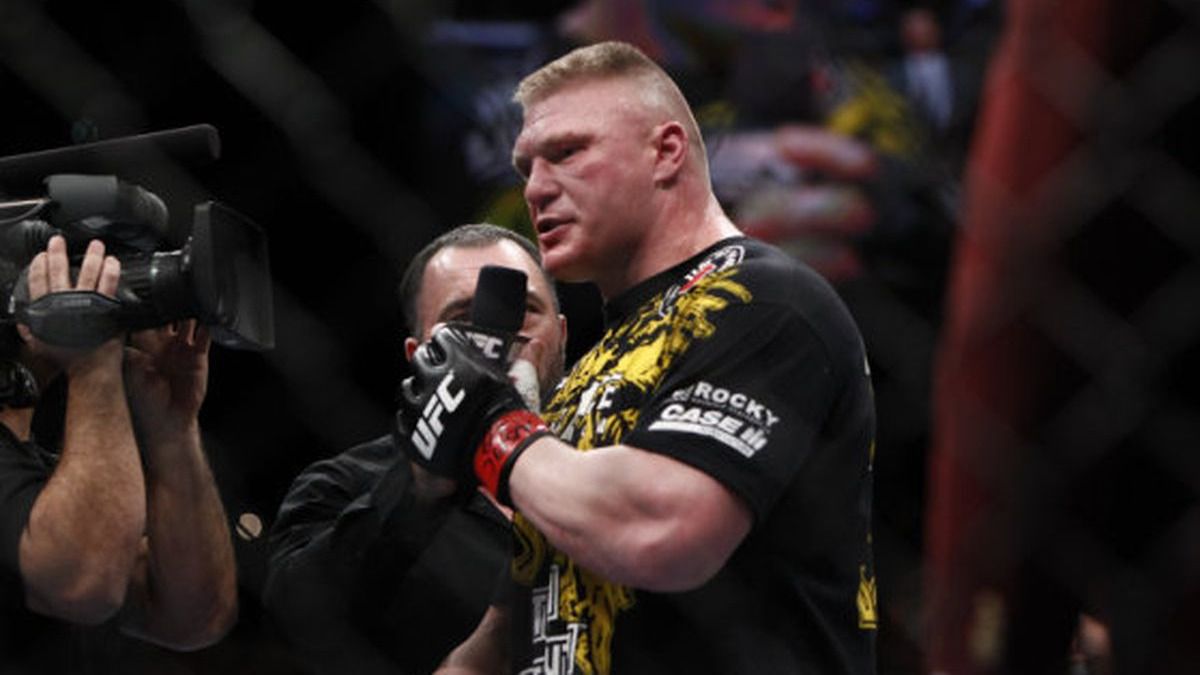