Fiziev Knows He Has To Beat Riddell To Secure A Good New Contract
published on November 24, 2021
curated and posted by BRWLRZ Team

UFC lightweight Rafael Fiziev knows his upcoming fight with Brad Riddell is crucial in securing a bumper new contract in 2022.

Fiziev, who currently sits at #14 in the 155-pound rankings, is currently on a four-fight winning streak in MMA’s leading promotion. Since a debut spinning back kick loss to Magomed Mustafaev in 2019, the Kazakhstani-born Kyrgyzstani has outpointed Alex White and Marc Diakiese, and brutally knocked out former hot prospect Renato Moicano. Most recently, “Ataman” emerged victorious over veteran Bobby Green in a Fight of the Night clash at UFC 265.

Fiziev will look to extend his streak to five when he returns to action for the second time this year. In the UFC Vegas 44 co-main event, he’ll face #12-ranked lightweight Brad Riddell. The New Zealander holds an unbeaten 4-0 UFC record. In his last outing, he overcame Drew Dober at UFC 263. He also boasts a triumph over Mustafaev, the only man to have defeated Fiziev.

In an exclusive interview with MMA News, Fiziev revealed that his upcoming contest with “Quake” is the penultimate bout on his current four-fight UFC deal. With that in mind, and the usual scenario of re-negotiating with the promotion ahead of the final fight, the 28-year-old is aware of what’s at stake come December 4.

Not only will Fiziev’s clash with Riddell represent a chance for him to move a step closer to the top 10, but it will also be a rare occurrence where two friends agree to trade blows inside the Octagon. Both men have trained at Tiger Muay Thai, a training facility located in Phuket, Thailand.

Fiziev told MMA News that he’d certainly rather not be fighting a friend at UFC Vegas 44, but at the end of the day, he needs to make money. He sees his contest with Riddell as a case of two friends lending each other a hand in doing so.

“I don’t want (to) fight with my friends. This is not good. This is, for sure, this is not good feel(ing) when you go fight with friends. But UFC wanted, UFC asked. UFC tried to make this fight a second time and sometimes we can’t say no. If I say no, maybe I not fight this year. If Brad says no, same; he not fight this year. But we need to fight. We need to make money because it’s work, it’s a business. This is what it is. He help me to make money, I help him to make money. After fight, we’re still friends.”

Fiziev also revealed that he agreed to fight Riddell over the phone. The 28-year-old said the New Zealander called him to discuss the UFC’s desire to match them up against each other.

“Yeah (I’ve spoken to Riddell). It’s a good story because he called me, and I very respect him when he call me. I respect his choice (to call), you know. He called me and he said, ‘Bro, UFC want to make a fight, me and you.’ And we talked a little bit. I talked with him first, and we say like, ‘Okay, let’s make it because we need to fight. You need to fight, I need to fight, let’s make it, you know, why not?’ We talked together, you know. And after, I called to my manager and said, ‘Hey, we’ve already talked, we’ll fight.’”

Catch our full interview with Rafael Fiziev ahead of UFC Vegas 44 below:

Who do you think will have their hand raised in the UFC Vegas 44 co-main event, Rafael Fiziev or Brad Riddell? 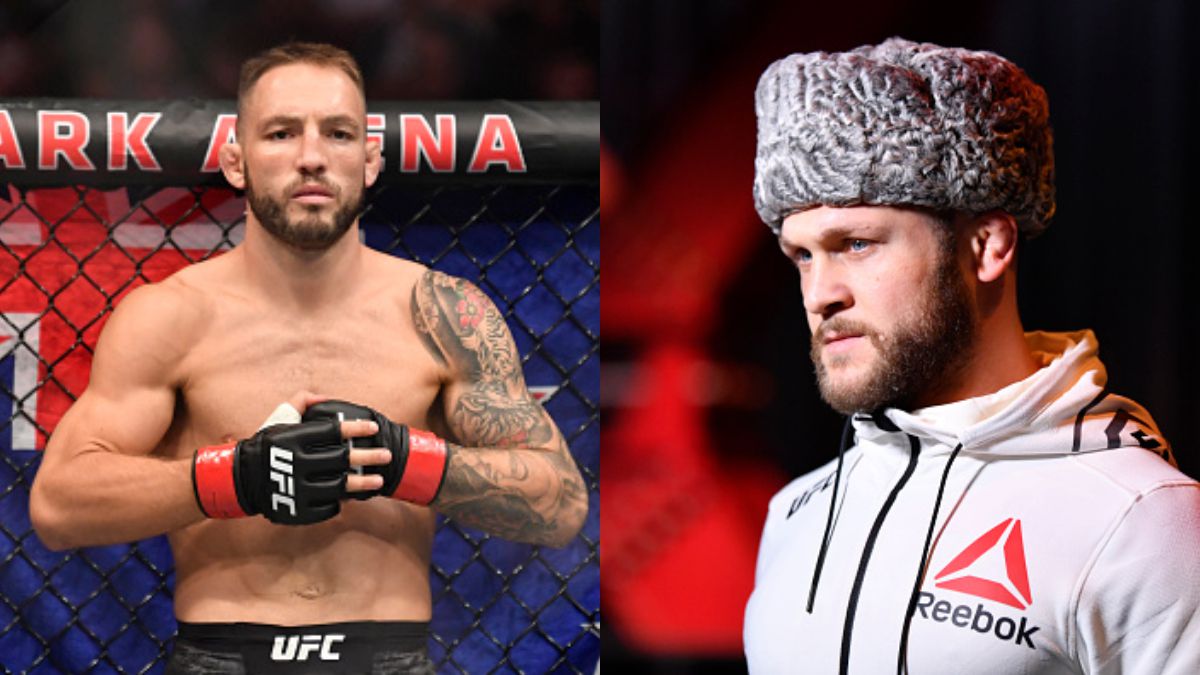