For months, fans salivated over the mere thought of Justin Gaethje and Michael Chandler competing in their UFC 268 bout. And when it finally happened, boy did it live up to the expectations.

Justin Gaethje had his arm raised on November 6. But for perhaps the first time in his lifelong sporting career, Chandler did not see the loss—as a loss. Speaking to Ariel Helwani on the MMA Hour, here is what the former Bellator champion had to say about this out-of-body experience.

“I don’t want to justify losing ever. I want to win more than anybody. I do things right, I believe that I deserve to win. It was the first time in my life, where I got my hand grabbed by the ref, and Justin Gaethje is over there, and I’m like ‘Oh shoot, I forgot there’s actually going to be a winner and a loser here right now,’ because I was having that much fun.

“It was a loss, but if there was ever a loss that felt like a win, this was one. Y’all were the beneficiaries of it. We all had a good time that night, it was a historic night, and here we are, we move forward” – Michael Chandler

Thursday, Chandler shared an exquisite piece of cinematography of the UFC 268 opening classic on Instagram. Peep it out below.

“Fifty six seconds of filthy slow motion mixed with epic music for your viewing pleasure.
–
See you at the top!” Chandler posted, written in the fashion of a true hypeman who truly lived it.

Both Gaethje and Chandler exited Madison Square Garden as immortalized men, in the same fashion as the many other sports greats that preceded them.

To say Michael Chandler is taking his loss in high spirits would be an understatement. That’s because whenever you create great art, everybody wins. 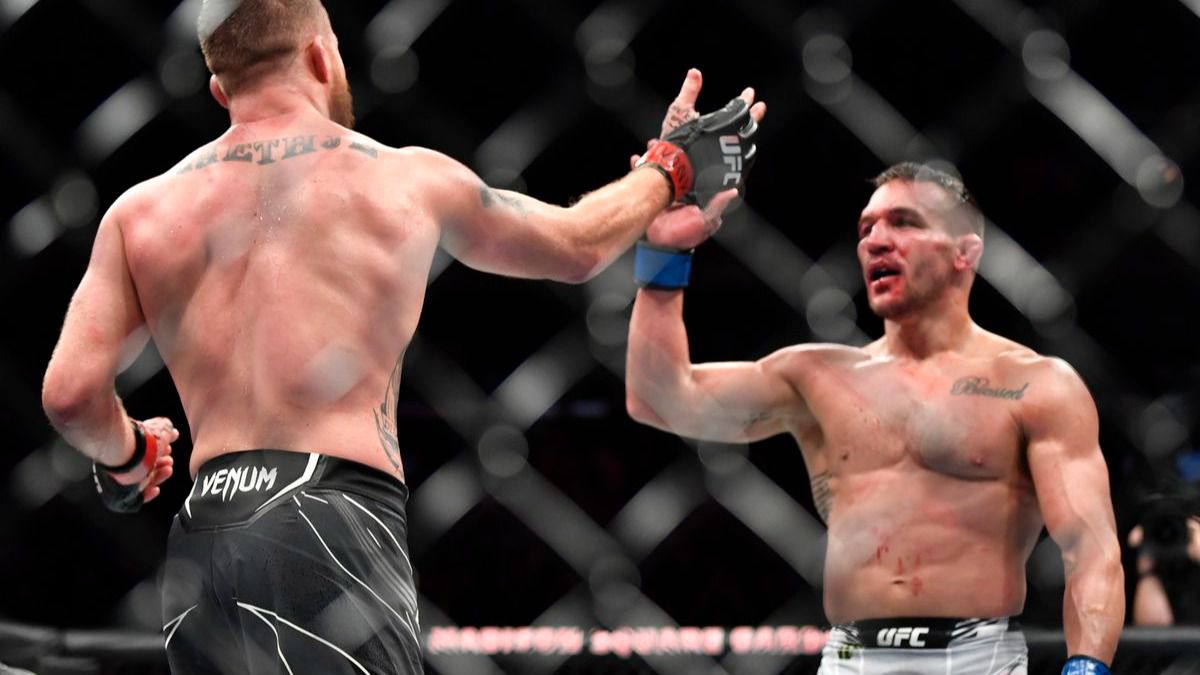