Fights To Make After UFC Orlando: Thompson Vs. Holland
published on December 6, 2022
curated and posted by BRWLRZ Team 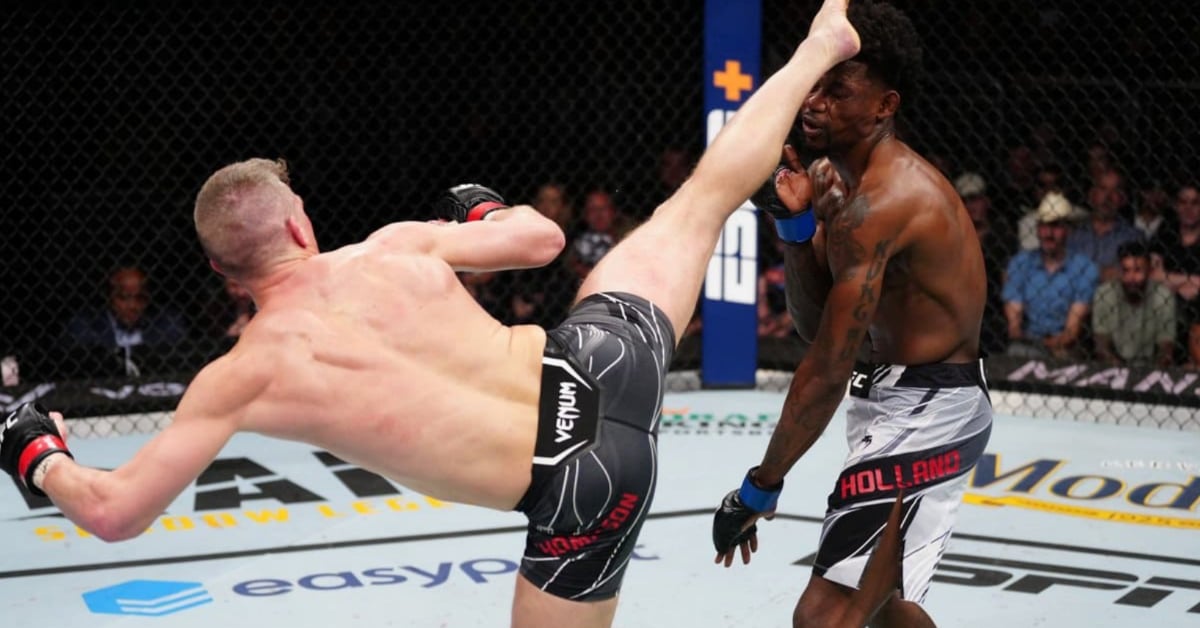 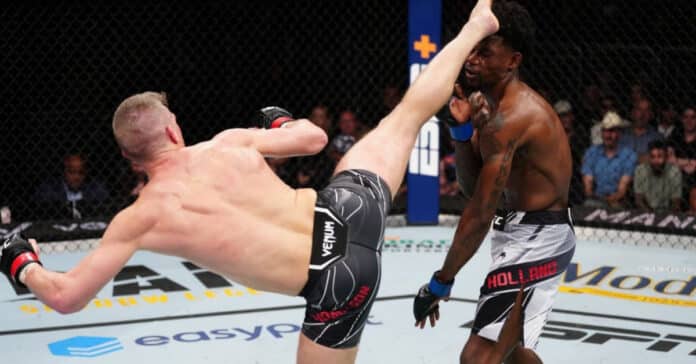 UFC Orlando certainly delivered a fantastic card. A heavy hitter in the heavyweight division emerged as a potential title contender following another first-round finish. A legend of the sport rolled back the clock with a striking masterclass in the main event to reinstate himself as a contender in the welterweight division. Fresh faces also established themselves with two very impressive victories in the opening matchups on the card.

Let us take a look at all of those who emerged victorious from the entire UFC Orlando card and plot where their next fights should take place again.

Stephen Thompson and Kevin Holland provided a captivating end to a truly fantastic card in the main event of UFC Orlando. Despite being just shy of forty, Thompson rolled back time to deliver a striking masterclass on his way to a TKO finish over Kevin Holland.

Now as everyone knows, Stephen Thompson does not fair well when facing up against opponents with strong wrestling/grappling. Therefore, it seems only right that his next matchup should take place against an opponent we know for certain will be looking to stand and bang with him. Jorge Masvidal could well be that man, currently unbooked and looking to get back to winning ways in 2023!

Despite his title interest being long gone as he nears the end of his brilliant career. Rafael Dos Anjos showed he still has talent in abundance as he simply outclassed Bryan Barberena on his way to a second-round submission victory.

Now for RDA, he made this one very easy for me when he went to callout out Conor McGregor during his post-fight interview. McGregor expressed an interest in competing at 170-pound when he does return and provided, he will be back inside the octagon in early 2023, this matchup seems very fitting for both men.

Matheus Nicolau announced himself as a serious contender following his finish over the always-game Matt Schnell at UFC Orlando. It seems only right that Nicolau should get a crack at the top five in the flyweight division since he has built up an impressive four-fight winning streak. Provided he is willing to wait for Brandon Royval to recover from his injury I can only expect fireworks should these two eventually meet inside the octagon.

We may have a serious contender in the heavyweight division in Sergei Pavlovich. Two back-to-back first-round finishes have seen him shoot up to the 5th-ranked spot in his division. Next for Pavlovich needs to be a fellow top-five contender. Given that the two were previously scheduled to fight, I’d like to see the Russian test himself with the former interim heavyweight champion, Cyril Gane.

Roman Dolidze may have had one of the best years for a fighter following his three-fight finishing streak to cap off 2022. A short-notice bout in which many did not have him favored has now landed him in the top ten of the middleweight rankings following his finish over Jack Hermanson. Let us continue to move him up the rankings and give him a matchup against veteran fighter, Derek Brunson.

Eryk Anders took advantage of what many would consider a too-soon turnaround for Kyle Daukaus. Anders snapped a two-fight skid as he picked up a 2nd round TKO at UFC Orlando. Next for Anders comes a test in fellow hard hitter in Marc Andre Barriault.

Phillip Rowe overcame adversity on his way to a third-round TKO over Niko Price in the headline prelim of UFC Orlando. Following this win, Rowe has gone 3/3 in his last three outings with all of his victories coming via finish. I’d like to see Rowe take on Khaos Williams in his next matchup as a final test before attempting to make his way up the welterweight rankings.

Angie ‘Overkill’ Hill and fights going to a decision is something that goes hand in hand. Fortunately for the 37-year-old this time the decision was in her favor. Hill was able to neutralize any threat coming from Ducote en route to her 15th professional victory. Next for Hill should be a matchup moving upwards in the strawweight rankings and that comes in the form of Amanda Ribas.

Clay Guida secured an impressive victory as he entered an MMA octagon for the 60th time. As he has recently confirmed that retirement is not in his plans for any time soon, his 61st professional bout should take place against Australia-born, Jamie Mullarkey.

Michael Johnson made his experience count en route to his decision victory over Marc Diakese. Bouncing back from his defeat to Jamie Mullarkey, let’s see if Johnson can make it two on the bounce should he get the next matchup I would like for him, which is the winner of Bobby Green vs Drew Dober.

Jonathan Pearce put on a beatdown of Darren Elkins on his way to score his fourth consecutive victory in a fight in which he most certainly could have secured himself a finish. I believe it is time for Pearce to take a step up in competition and face former Olympian, Mark O. Madsen who will be looking to return to winning ways after suffering his first professional defeat back in November.

Israel’s Natan Levy made it two wins in a row to end his 2022 on a high following his decision victory over Genaro Valdez at UFC Orlando.  Levy has shown a solid skillset on the ground to neutralize his opponents. Therefore, I would like to see him face a man who has nearly half of his victories via submission and comes in the form of ‘The Smile Killer’, Fares Ziam.

Francis Marshall made good on his promotional debut after securing a second-round finish against Marcelo Rojo. Marshall is only 23 years old and has plenty of time to develop himself as a fighter. It will be interesting to see how well he can do in the sport. Next for him should be a man he shared the card with, 38-fight veteran, Darren Elkins.

Similarly, to Marshall, Jauregui delivered in the opening bout of UFC Orlando to extend her undefeated record to 10-0. For Jauregui’s next test I would like to see her matched up with a wrestler and therefore my final selection comes in the form of Sam ‘Sampage’ Hughes.

That concludes this round of the ‘Fights To Make’ Column from UFC Orlando. We shall return following the conclusion of the highly anticipated card coming that is UFC 282.

Be sure to let me know if you agree or disagree with any of the choices I have gone with. As well as let me know your thoughts on the UFC Orlando card as a whole.