Fighters React To Rose Namajunas Edging Out Zhang Weili At UFC 268
published on November 7, 2021
curated and posted by BRWLRZ Team

Rose Namajunas made her first title defense in her second reign as UFC women’s strawweight champion against Zhang Weili.

Their first fight took place at the UFC 261 pay-per-view event from Jacksonville, Florida at the VyStar Veterans Memorial Arena where Rose got a TKO win after connecting with a head kick to win the title.

The two fighters met in a rematch on Saturday night (November 6, 2021) at the UFC 268 pay-per-view event from New York City, New York at the Madison Square Garden. In the first round, Weili slipped on a punch and was later taken down. Rose did a nice job of taking the range while Weili was moving a lot side-to-side for outside strikes. Rose was mostly walking her down. In the second round, Weili stumbled her with a left hand then caught a kick and scored a takedown. Rose did get back to her feet.

They did some clinch fighting in the third round. Weili took her down and eventually got in full mount, but time ran out. The fourth round saw Weili work for the takedown, which she got twice, but Rose stood up on the first and scrambled on top during the second. Rose did get a takedown in the final round. Rose got the split decision win.

Before their first fight, Zhang was coming off a decision win over Joanna Jedrzejczyk at UFC 248 and then stunned Jessica Andrade at the UFC Shenzhen event from the Shenzhen Universiade Sports Centre in Shenzhen, Guangdong, China by scoring the TKO win last August to win the title. She holds wins over Danielle Taylor, Jessica Aguilar and then Tecia Torres by decision at the UFC 235 PPV event on March 2, 2019 at the T-Mobile Arena in Las Vegas, Nevada.

Namajunas scored three straight wins over the likes of Michelle Waterson by submission and two wins – one by KO and another by decision – by beating Joanna Jedrzejczyk back-to-back before losing to Jessica Andrade at UFC 237 then beating her at UFC 251.

Rose’s range control is some of the best in the entire sport.

If Pat Barry really wants to fire up Rose in-between rounds he should read her quotes from the Communist Manifesto. #UFC268

Rose’s range control is some of the best in the entire sport. 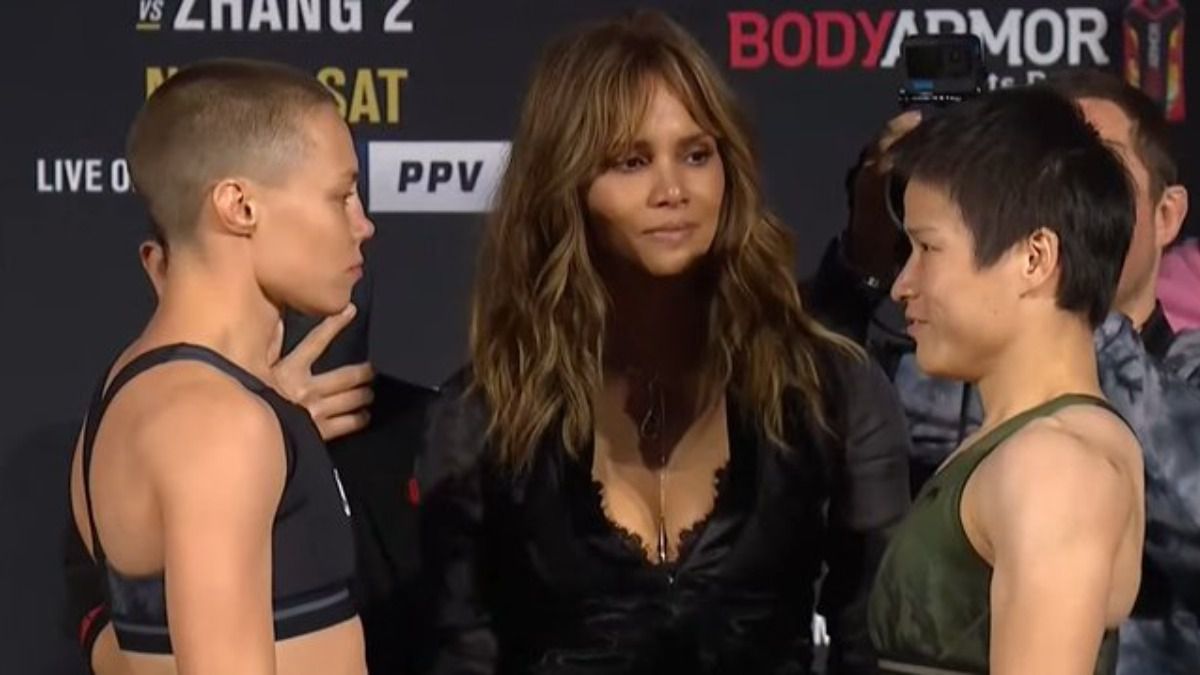