Brad Riddell vs. Rafael Fiziev was a solid co-headliner with a special finish.

The two fighters met in a bout on Saturday night (December 4) at the UFC Vegas 44 event from Las Vegas, Nevada at the UFC Apex facility..

The first round had a slow start with Riddell being various cautious and not throwing a lot of volume although he was landing some leg kicks. However, Riddell did get in a nice combo to end the frame. They started to let their hands go in the second round. Brad had a cut under right eye and was bleeding from his left temple. Riddell got the brief takedown in the third round, but let him back up. Fiziev finished the fight with a wheel kick.

Riddell entered this fight on a six-fight winning streak with his promotional debut going down at the UFC 243 pay-per-view event where he picked up a decision win over Jamie Mullarkey.

Fiziev entered the fight with a pro-MMA record of 10-1 and was riding a four-fight winning streak including his most recent win over Bobby Green by decision at UFC 265.

WOW!!! What a crazy ending to that fight! Fiziev is an animal!! He throws heaters for 15min straight! #UFCVegas44

That wheel kick froze Riddell, congrats to both of em on a great fight #UFCVegas44 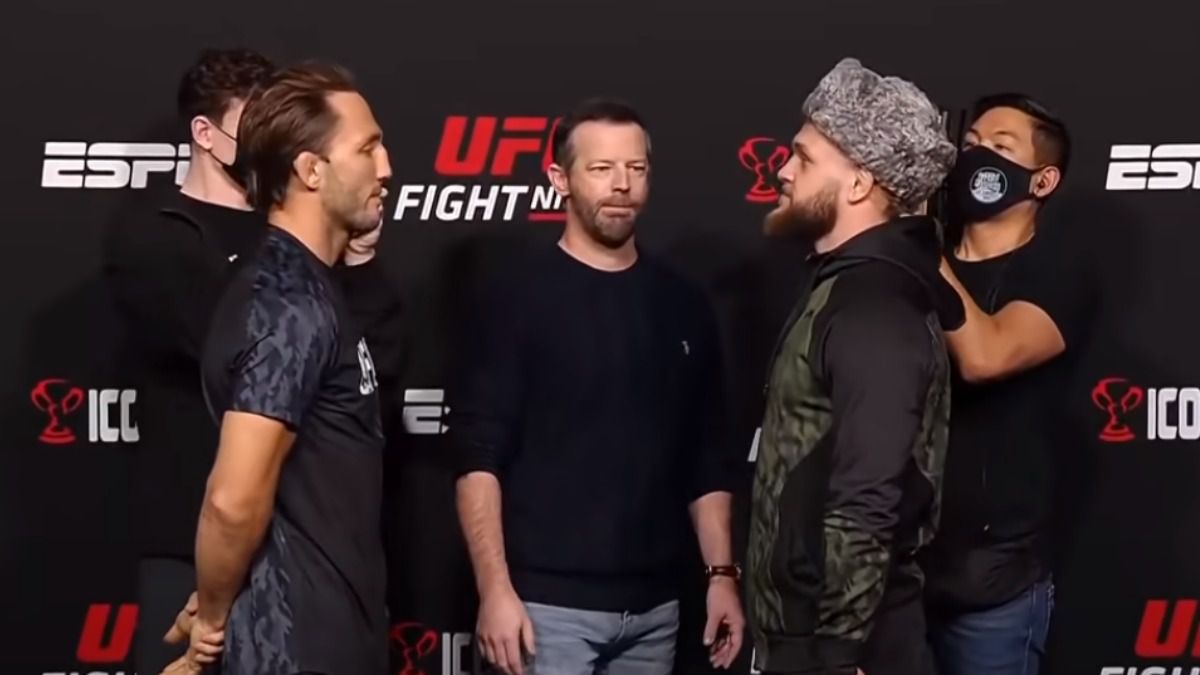