Punahele Soriano vs. Nick Maximov was a solid co-headliner.

The two fighters met in a bout on Saturday night (February 5, 2022) at the UFC Vegas 47 event from Las Vegas, Nevada at the UFC Apex facility.

The first round saw them land some big shots before Soriano caught him with a big knee strike to the jaw. Maximov failed on a takedown attempt so they scrambled back up until Maximov jumped on his back and went for a rear-naked choke, but quickly gave up on it.

In the second frame, it was the same story on repeat as Maximov would get him down, but Soriano would scramble back to his feet and so on and so on. However, towards the end of the round, Maximov did a better job of keeping him there.

The third round saw Maximov score a takedown and kept him there for the rest of it. Maximov got the decision win.

Word of advice… Go and put a plate over your catalytic converter today. You’re welcome!

My god I think Maximov is the least entertaining fighter I have seen in a really long time. Holy shit…#UFCVegas47 @ufc

Both guys wrestling well. Offensively and defensively. Soriano landed that money knee and busted up the nose a bit. #UFCVegas47

I’m leaning towards Soriano on this one… 🤷‍️ 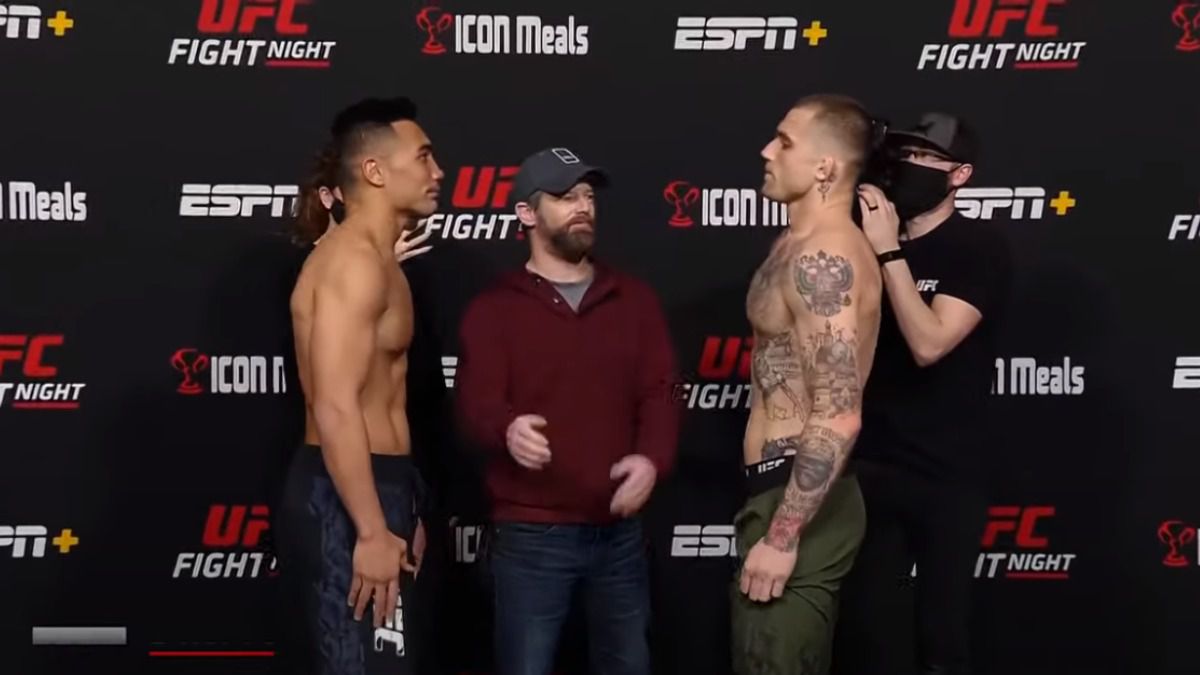