Max Holloway vs. Yair Rodriguez lived up to expectations of a great fight.

The two fighters met in a bout on Saturday afternoon (November 13, 2021) at the UFC Vegas 42 event from Las Vegas, Nevada at the UFC Apex facility. They were throwing hard shots from the start of the fight to the end. In the first round, Yair was doing some damage to the lead leg of Halloway.

They both stunned each other. Yair did get a few takedowns, but couldn’t keep him there. The second round was more striking action. The third round saw Holloway drop him then did some big time damage from full and back mount, but Yair continued to move forward and scrambled to his feet.

Even Yair got a takedown. Holloway moved up and stood so he could deliver a takedown of his own. Halloway did lock in a guillotine choke, but when they went to the ground in round four, Holloway gave it up in favor of punching them. Although Holloway gave out a lot of damage, he took a lot as well. In the end, Holloway got the decision win.

Rodriguez was coming off a decision win over Jeremy Stephens at UFC Boston in October 2019 after their first fight ended in a no contest at UFC Mexico City. Before those fights, he had a spectacular last-second knockout win over Chan Sung Jung at UFC Denver. He has won an impressive nine of his last ten fights and currently boasts a record of 13-2-1.

Holloway dropped back-to-back losses to Alexander Volkanovski. Their first fight came at the UFC 245 pay-per-view event from the T-Mobile Arena in Las Vegas, Nevada, which saw Halloway drop the featherweight title. Their rematch took place at the UFC 251 pay-per-view event and once again, Holloway lost by decision. He turned things around with a masterful win over Calvin Kattar by decision in January 2021.

Holloway pushing the pace now GNP did some damage! What a scrap

Yairs coming on strong at the end there, expecting him to come out chasing a finish in the 5th

3-1 max for me! Yair gonna come wild this round!

Holloway looking a little flatter than usual wondering if the early start time has had an effect after the weight cut? 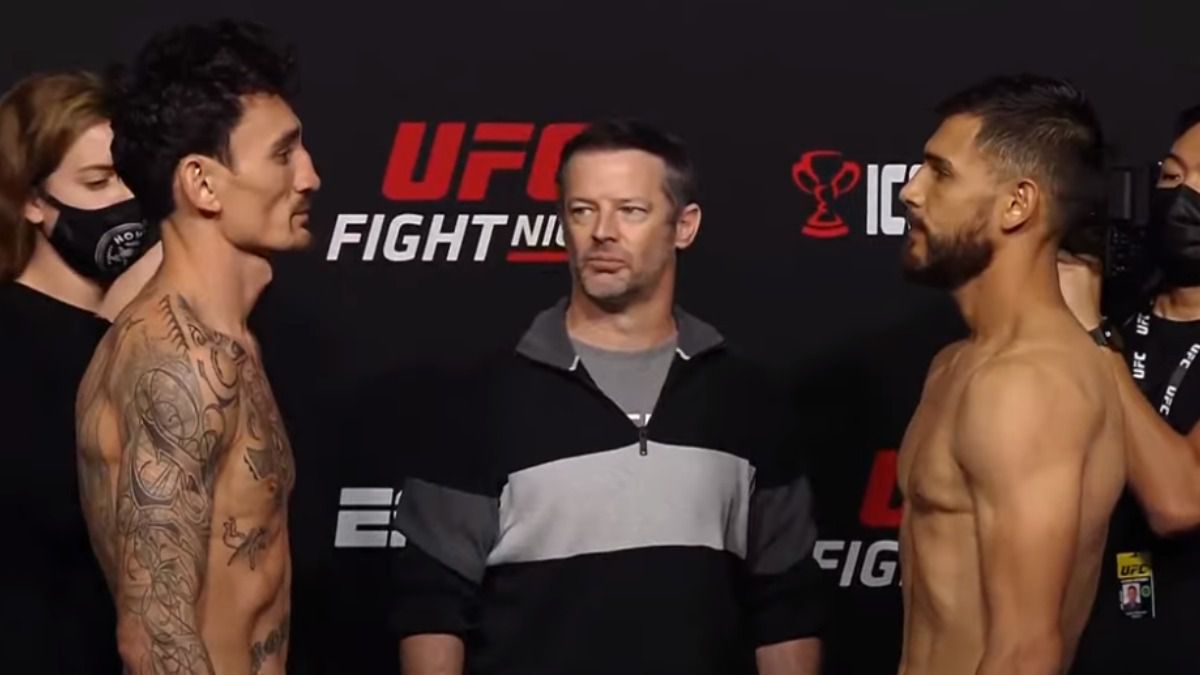