Ben Rothwell vs. Marcos Rogerio de Lima ended up having some fireworks in their co-main event spot.

The two fighters met in a bout on Saturday afternoon (November 13, 2021) at the UFC Vegas 42 event from Las Vegas, Nevada at the UFC Apex facility.

The fight didn’t last long as Marcos went right after him and stunned them. They traded in a phone booth space until Marcos knocked him out and Rothwell went down. 32-seconds was all it took.

Coming into the fight, Rothwell went 3-1 in his last four fights. He got a TKO win over Stefan Struve at the UFC Washington event from the Capital One Arena in Washington, D.C and then beat Ovince Saint Preux by split decision UFC Jacksonville before losing to Marcin Tybura in October 2020 by decision. He rallied back with a submission win over Chris Barnett in May 2021.

Rogerio de Lima entered this fight by going 3-2 in his previous five bouts. In his latest bout, he got a decision win over Maurice Greene by decision in May 2021.

That was SO BAD! Smh! How is the commission still allowing terrible referring? It’s not an easy job, but dude, you can’t play hot potato with stopping fights like that. Because he looked at you?? Crazy man #UFCVegas42

Good stoppage by @HerbDeanMMA. He wasn’t out but he was on his way and the damage was only about to get worse. Sucks but that was a crazy blitz. Been is to tough for his own good.

Jesus that was a weird one! Good stoppage tho 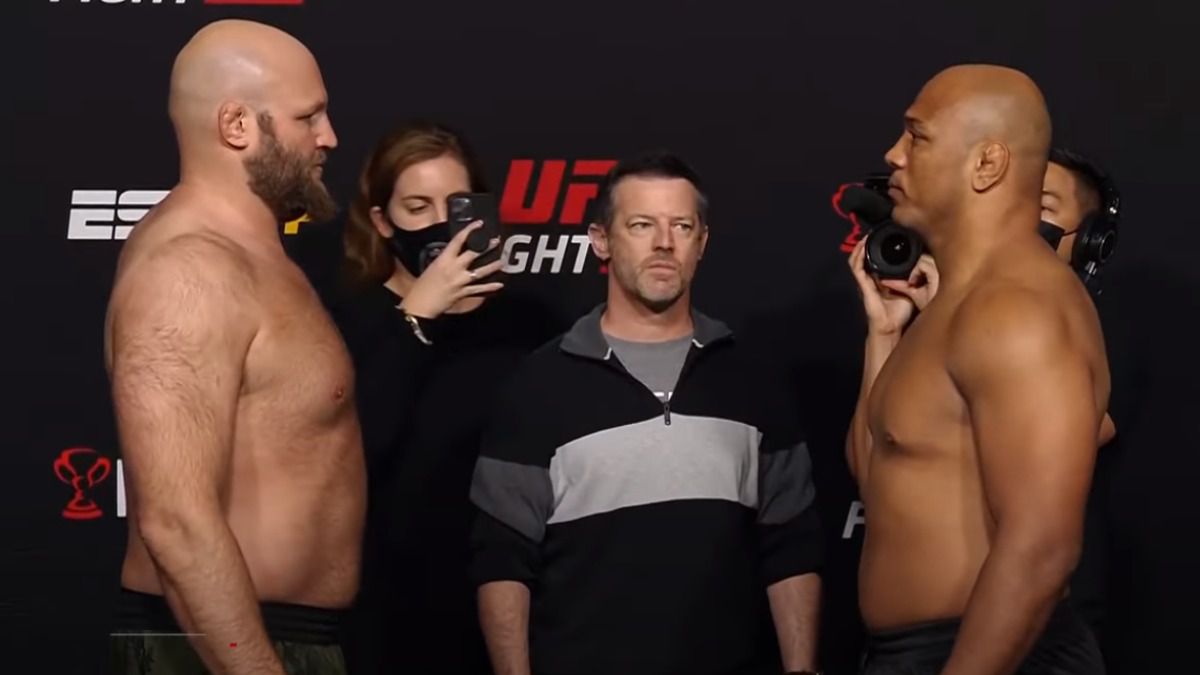