The two fighters met in a bout on Saturday night (December 11, 2021) at the UFC 269 pay-per-view event from the T-Mobile Arena in Las Vegas, Nevada.

In the first round, Nunes dropped her twice – once with a leg kick then a jab. Pena tried to go for a takedown, but that didn’t work. Nunes got a takedown and even had her back at one point. Pena had her in a kimura for a bit, but the round ended. In the second round, Pena came out swinging and they had an unbelievable exchange for a few minutes. Nunes got tired. Pena clinched with her up against the fence before taking her down and locking in the rear-naked choke for the win.

In her previous fight, Nunes retained the featherweight strap over Megan Anderson by first-round submission at UFC 259. Before that, she retained the bantamweight strap over Felicia Spencer at the UFC 250 pay-per-view event got a decision victory over Germaine de Randamie at UFC 245 by decision and another impressive victory at the expense of former champ Holly Holm at the UFC 239 pay-per-view event. Nunes knocked out Cris Cyborg in the first round in the co-headliner of UFC 232 to win the UFC women’s featherweight title on December 29, 2018, at The Forum in Inglewood, California. With that win, Nunes became a two-division champion as she’s the champ of the women’s bantamweight and featherweight divisions.

Pena entered this fight with a 10-4 pro-MMA record and had gone 2-2 in her last four fights to get here. She lost to Valentina Shevchenko by submission in January 2017 before getting a decision win over Nicco Montaño, but dropped a loss to Germaine de Randamie by decision in October 2020. She rebounded with a submission win over Sara McMann.

Do you lose GOAT status for getting rear naked choked with no boots in???

MMA News is providing ongoing coverage of UFC 269. We’ve got you covered with live results, video highlights, and post-fight tidbits. 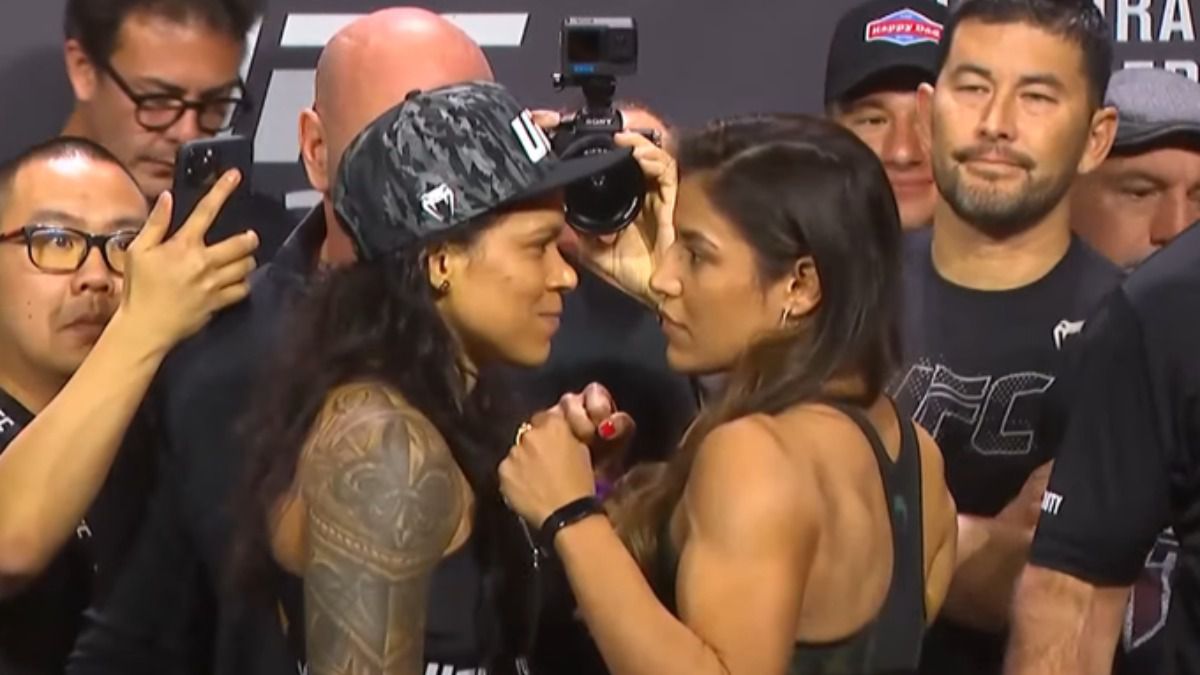