Jake Collier vs. Chase Sherman lived up to co-main event status with a slugfest.

The two fighters met in a bout on Saturday night (January 15, 2022) at the UFC Vegas 46 event from Las Vegas, Nevada at the UFC Apex facility. This one didn’t last long as Jake got a trip takedown before getting in full mount where he rained down strikes and elbows that sliced open Sherman. This led to Sherman giving up his back and Jake locked in the rear-naked choke for the win.

Collier entered the fight by going 2-3 in his previous five fights. After beating Gian Villante by decision in December 2020, he lost by split decision to Carlos Felipe at UFC 270.

Sherman entered this fight on a two-fight losing streak after ripping off four straight wins. He lost back-to-back decision losses to Andrei Arlovski and Parker Porter. 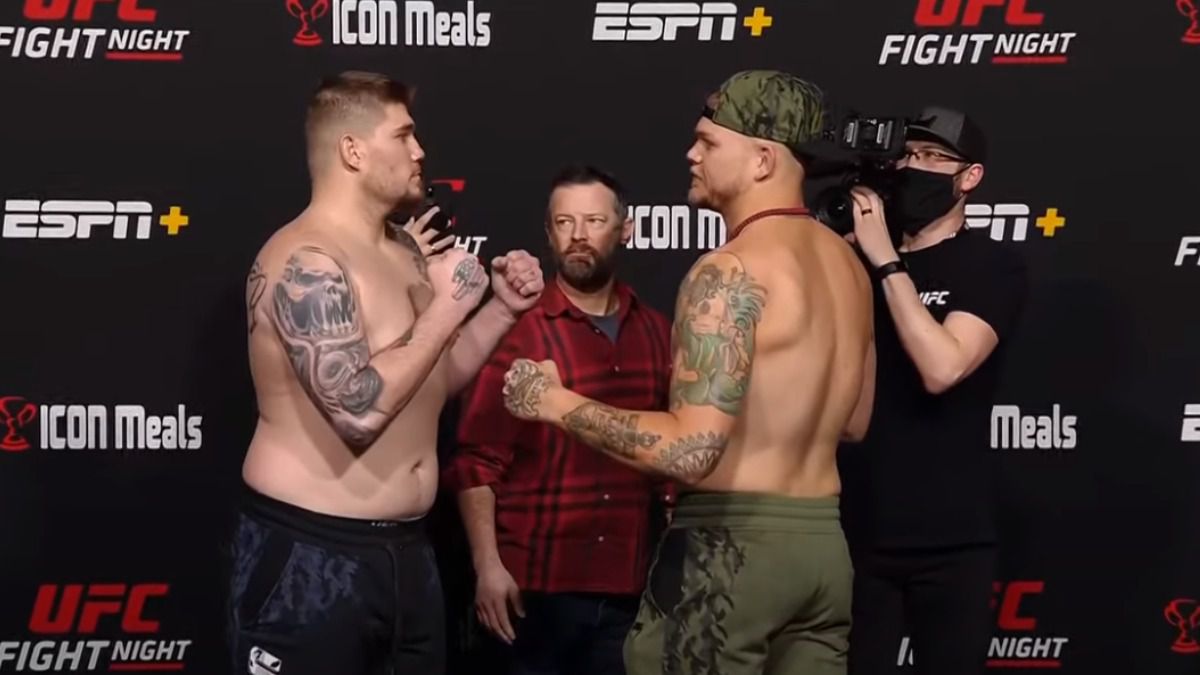