The trilogy fight for the flyweight title between Brandon Moreno and Deiveson Figueiredo was just as good as their past two fights.

The two fighters met in a bout on Saturday night (January 22, 2022) at the UFC 270 pay-per-view event from Anaheim, California at the Honda Center. The first round saw Moreno catch him a few times, but was taken down only to roll through to his feet while Figueiredo had his back.

The second round saw Moreno stuff two takedown attempts and cracked him a few times with shots. The third round was wild as both were hurting each other in it. Figueiredo dropped him with a massive right hand then went for a guillotine choke, but the bell sounded. The fourth round was a close striking match.

The fifth round was crazy as they both caught each other at the end of the round and had a wild exchange with 30 seconds left. Figueiredo got the decision to win the flyweight title.

Their first fight took place at UFC 256 in December 2020 where they went to a majority draw. Their second fight was the UFC 263 co-main event in June 2021 where Moreno locked in a rear-naked choke for the win to become the new champion.

Before the first fight, Figueiredo was on a four-fight win streak. He got a first-round submission win over Alex Perez at UFC 255, a KO win over Joseph Benavidez at the UFC on ESPN+ 30 event from Abu Dhabi’s Yas Island aka Fight Island, another TKO win over Benavidez in February 2020, a decision win over Alexandre Pantoja at UFC 240 and then a submission victory over Tim Elliott in October 2019.

On the flip side heading into their first fight, Moreno had three straight wins including two back-to-back decision wins over Kai Kara-France at UFC 245 and Jussier Formiga in March 2020 before knocking out Brandon Royval at UFC 255.

Moreno looks super composed. Having fun. He just keeps getting better as the fight goes. #UFC270

This is what we like to see. Fast pace and basic strikes from the two best at 125 #UFC270

2-2 going into the fifth but i wouldn’t argue with any score. This fight is Of the YEAR! #ufc

MMA News is providing ongoing coverage of UFC 270. We’ve got you covered with live results, video highlights, and post-fight tidbits. 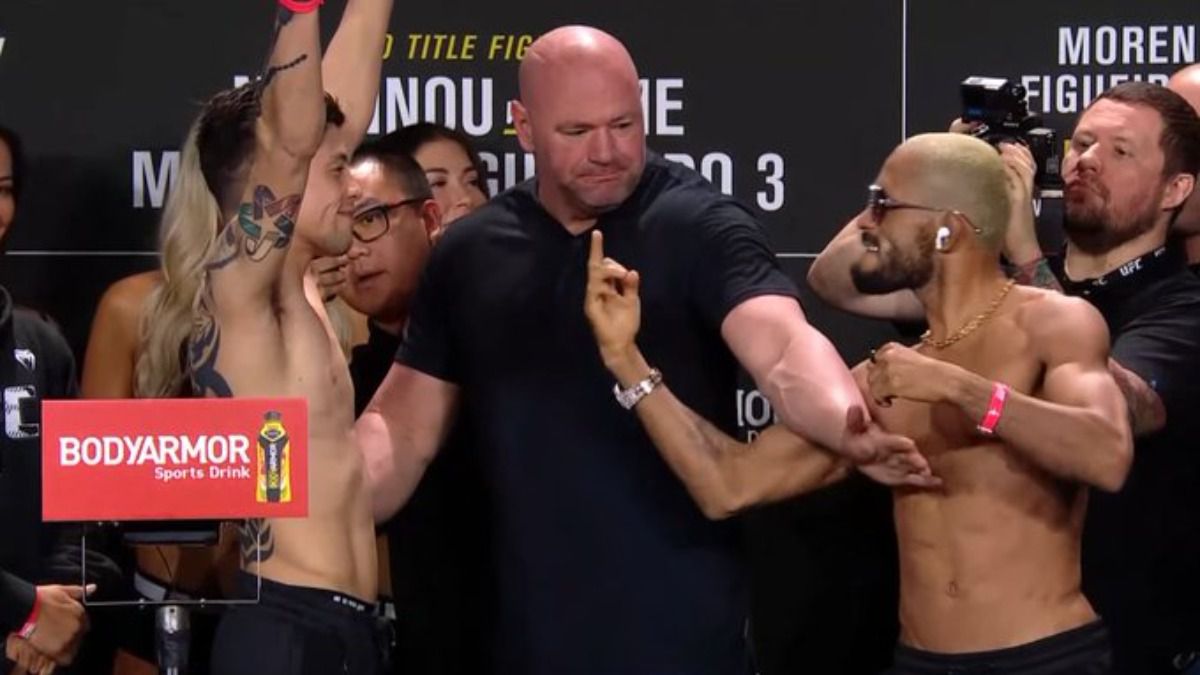