Fight Of The Year – LowKickMMA 2022 Awards
published on December 26, 2022
curated and posted by BRWLRZ Team 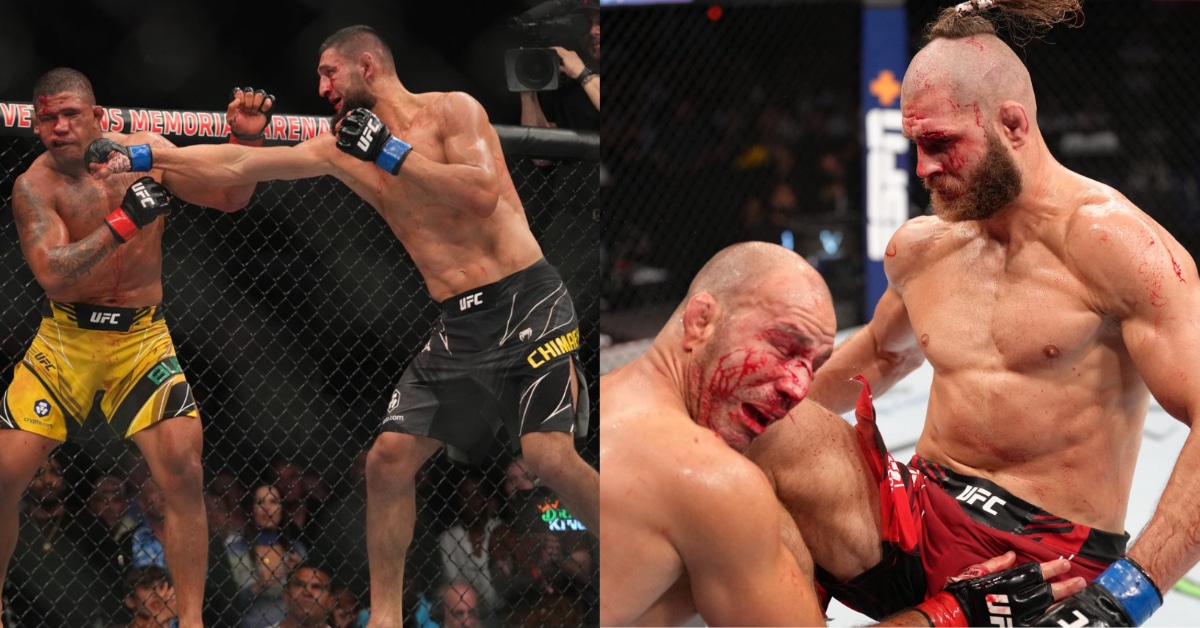 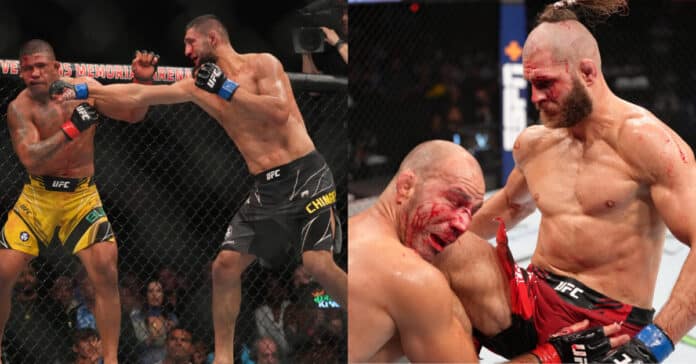 2022 delivered another fantastic year of fights for combat sports fans across the globe. New champions were crowned, upsets galore, and some simply beautiful displays of violence.

Whether it was Gilbert Burns and Khamzat Chimaev’s brutal battle to get this year underway or Jiri Prochazka and Glover Teixeira’s all-out war in the summer, there was plenty of excitement to be had for fight fans in 2022.

Given that there was so much excitement to choose from, let us help narrow down some contenders on what the ‘Fight of the Year’ was as the staff here at LowKickMMA submitted their picks on what was 2022’s best contest.

Fight of the Year: Glover Teixeira vs Jiri Prochazka (6 Votes)

Glover Teixeira vs Jiri Prochazka was not only selected as the best fight of the year, but I would even go as far as to say it is one of the best fights I have seen of all time. A back-and-forth brawl that saw both men have their moments during the 25-minute affair.

A large portion of fans believed the aging Brazilian had a slim chance of retaining his title but that was far from the case during the matchup. Teixeira was leading on the scorecards heading into the fifth and final round until the Czech native, Jiri Prochazka, snatched a hail-mary submission to secure himself the light-heavyweight championship.

Arguably one of the best title fights of all time, and with some hope, we may see the two men run it back in the future provided Glover Teixeira can regain the light heavyweight strap at UFC 283.

Honorable Mentions for Fight of the Year

A close call for second place was taken by Gilbert Burns and Khamzat Chimaev. Opening betting odds would have had you believe that Chimaev was going to run through the former title challenger, and had you seen his previous performances since signing with the UFC the hype was understandable.

Both Burns and Chimaev left it all in the octagon, fifteen minutes of absolute carnage which saw the two men go blow for blow, both being hurt on numerous occasions, kept fans in attendance and those out home out of their seats the entire duration of the fight.

Ultimately it was Chimaev who had his hand raised come to the end of the contest but given just how talented both of these men truly are, do not be surprised if their paths cross once again in the future.

Giga Chikadze had begun an impressive run prior to facing Calvin Kattar, a seven-fight winning streak that included finishes over Cub Swanson and Edson Barboza made it somewhat understandable that on recent form, Chikadze opened as the favorite.

However, Kattar took this opportunity to remind the community exactly who he was after his last octagon appearance saw him being simply outclassed by Max Holloway. This time, Kattar did the outclassing. His illustrious movement and technical boxing were put to good use as he laid on the pressure against Chikadze over five rounds in a bout that could have been stopped the further it went. At that moment Kattar killed the hype that surrounded Chikadze and re-instated himself as a serious contender in the featherweight division.

Do you agree with our ‘Fight of the Year’ selections? Let us know in the comments below about any matchups we may have missed.