Felder: I Wouldn’t Fight A YouTuber No Matter How Much They Paid Me
published on November 29, 2021
curated and posted by BRWLRZ Team

Former UFC lightweight contender Paul Felder has shut down the idea of him ever facing a YouTuber inside the squared circle.

Felder closed the book on his in-Octagon career earlier this year after nearly a decade as an active fighter. In that time, “The Irish Dragon” experienced championship glory under the CFFC banner, defeated the likes of Stevie Ray, current UFC Lightweight Champion Charles Oliveira, James Vick, and Edson Barboza, and picked up six post-fight bonuses on MMA’s biggest stage.

After a late run for the title came to a halt with defeat in a five-round war against Dan Hooker last February, Felder competed once more on short notice against former champ Rafael dos Anjos. Despite the one week-preparation, the 37-year-old went the full five rounds with the Brazilian, ultimately falling short on the judges’ scorecards. He officially announced his retirement during the UFC Vegas 27 broadcast in May.

Despite only hanging up his gloves six months ago, talk of a Felder return has been present ever since. Rumors of a comeback picked up when the Philadelphian admitted he misses competing “tremendously” while casting an episode of Dana White‘s Contender Series.

During a recent appearance on MMA Junkie Radio, Felder revealed there are two scenarios that could see him re-enter the cage. As well as a money fight against Conor McGregor, the color commentator said a Wells Fargo card featuring the Philadelphian athletes in the promotion could draw him back. But one offer that certainly wouldn’t convince him to return to action is a clash against a YouTuber.

Despite the immense purses available, Felder insisted he would never be tempted to indulge in the trend. “The Irish Dragon” claimed that no amount of money could convince him to fight a YouTuber.

“Hell no. At least in MMA, there’s the Diaz brothers, especially Nate nowadays, and Conor, and money fights that I’m like, ‘Alright, these are guys that I’ve watched and that I respect as MMA fighters.’ I’m not going and fighting a YouTuber, no matter how much he’s gonna pay me. Because it’s just, you’re just promoting the wrong thing, right.”

Felder did, however, admit that his mindset largely derives from his gig as a UFC color commentator and analyst. The 37-year-old noted that he might be in a different position had he not pursued a role as a broadcaster.

“Am I interested in it? Do I see all the crap? Yeah, of course. I cheer all those guys on. Tyron (Woodley) wants to go make money doing that, fuck yeah bro, go do your thing. But it’s just not where I’m at. Not as broadcaster and somebody’s who’s got a job doing that on a more full-time (basis).

Do you think Paul Felder would perform better against YouTube sensation Jake Paul than Ben Askren and Tyron Woodley did? 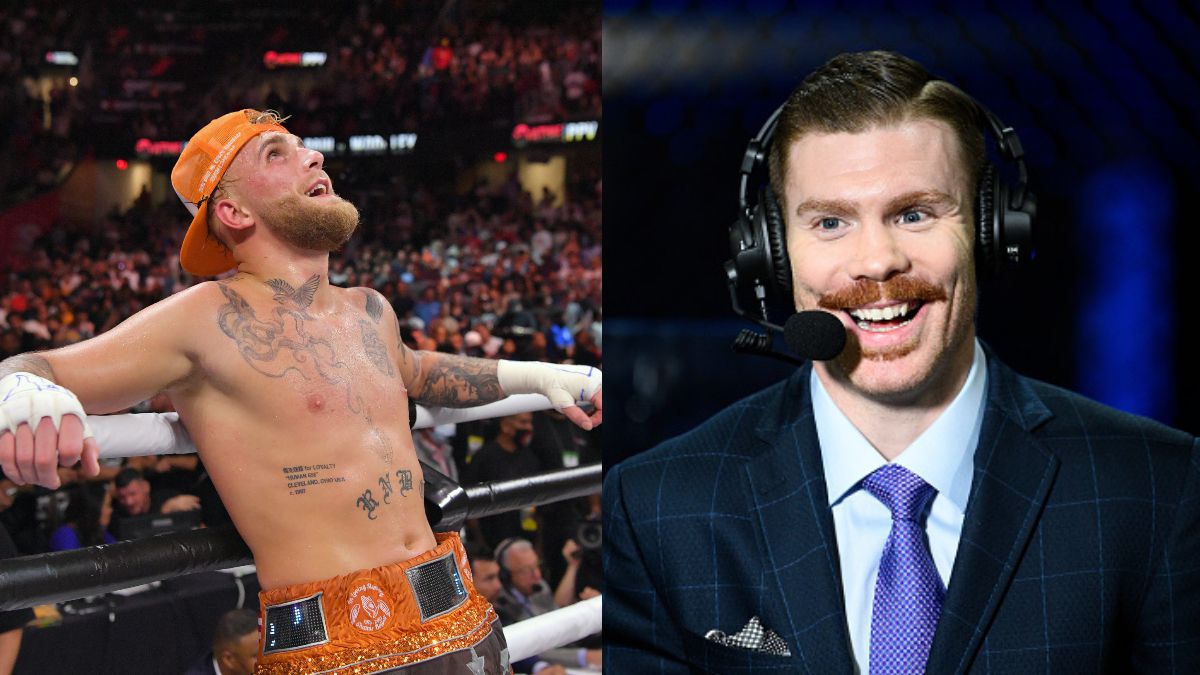