Felder: Fourth McGregor Fight Would Be “Too Much” For Poirier Right Now
published on January 3, 2022
curated and posted by BRWLRZ Team

Former UFC lightweight contender Paul Felder believes a fourth fight with megastar Conor McGregor would be “too much” for Dustin Poirier right now.

Poirier is currently coming off his second devastating title defeat in the UFC. Following his first, a third-round submission loss to the great Khabib Nurmagomedov in 2019, “The Diamond” fought his way back to the belt in impressive fashion.

After rebounding with a main event victory over a Dan Hooker in 2020, a bout awarded the Fight of the Night honours and widely considered a Fight of the Year contender, Poirier re-visited his rivalry with a certain “Notorious” Irishman in 2021.

Having leveled the score in the feud by becoming the first man to knock McGregor out at UFC 257, Poirier was seemingly in line for a shot at the vacant belt. Instead, he chose another money fight with the former two-division champion, one that ended with trilogy glory for the Louisianan.

But while most expected him to close out a spectacular year with title success, the formidable underdog presence of champion Charles Oliveira stood in his way. In the final pay-per-view main event of the year, “Do Bronx” submitted Poirier in the third round, a heartbreaking case of déjà vu for the perennial contender.

Following his latest setback, Poirier was unsurprisingly de-motivated and deflated. He even suggested he may never fight at lightweight again and claimed no potential fight excited him anymore. However, the thought of a clash with veteran fan-favorite Nate Diaz soon brought a glimpse of motivation back for the 32-year-old.

But while both parties appeared to accept the fight for early 2022, a stall in negotiations has seemingly left Poirier back in an uncertain crossroads in his career. That’s much to the confusion of Felder, who believes the Diaz fight was a no-brainer.

During a recent interview with The Schmo, “The Irish Dragon,” who knows a thing or two about losing the hunger to fight, suggested a matchup with an individual like Diaz is exactly what Poirier needs. According to Felder, “The Diamond,” should avoid high-pressure fights with title implications, including a potential tetralogy with McGregor.

“It should be done (Poirier vs. Diaz). That should have written itself right then and there after Dustin lost that fight to Charles Oliveira. He needs a fun fight… He just needs to go out there against somebody and not be worried about titles, not have the pressure. Even a Conor McGregor fight I think is too much for him right now. Just go out there against another top dog, somebody who’s been around for a while, and try to get a W, and if not, go get paid, make people see it. I think he needs a light-hearted fight, not that any of them are easy, but he needs one with no title implications on the line.”

While all parties appeared to agree a fourth Poirier vs. McGregor clash is inevitable soon after UFC 264, the Irishman certainly isn’t short of other options and looks to have his sights set on Oliveira’s lightweight gold. Apart from that, potential bouts with Michael Chandler and Max Holloway also offer intriguing possibilities for McGregor’s comeback.

For Poirier, the options aren’t as clear heading into the new year. He’s previously teased a switch to welterweight, and with his potential departure from the 155-pound division, perhaps we’ll be seeing a grudge match between “The Diamond” and his former teammate Colby Covington in the near future, although that would certainly veer away from the type of fights Felder believes Poirier should be pursuing.

Do you agree with Paul Felder? Would a fourth fight against Conor McGregor be too much for Dustin Poirier at the moment? 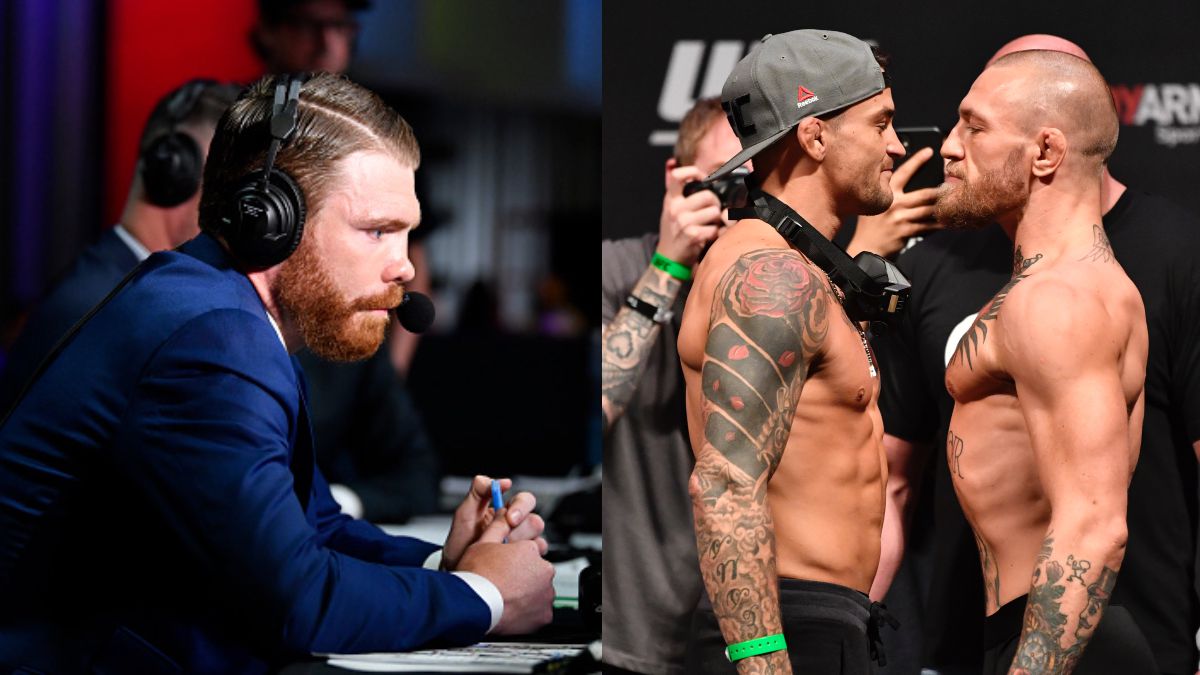