Ex-UFC Titleholder Francis Ngannou Squares Up To Cristiano Ronaldo During Face Off In Saudi Arabia
published on January 23, 2023
curated and posted by BRWLRZ Team 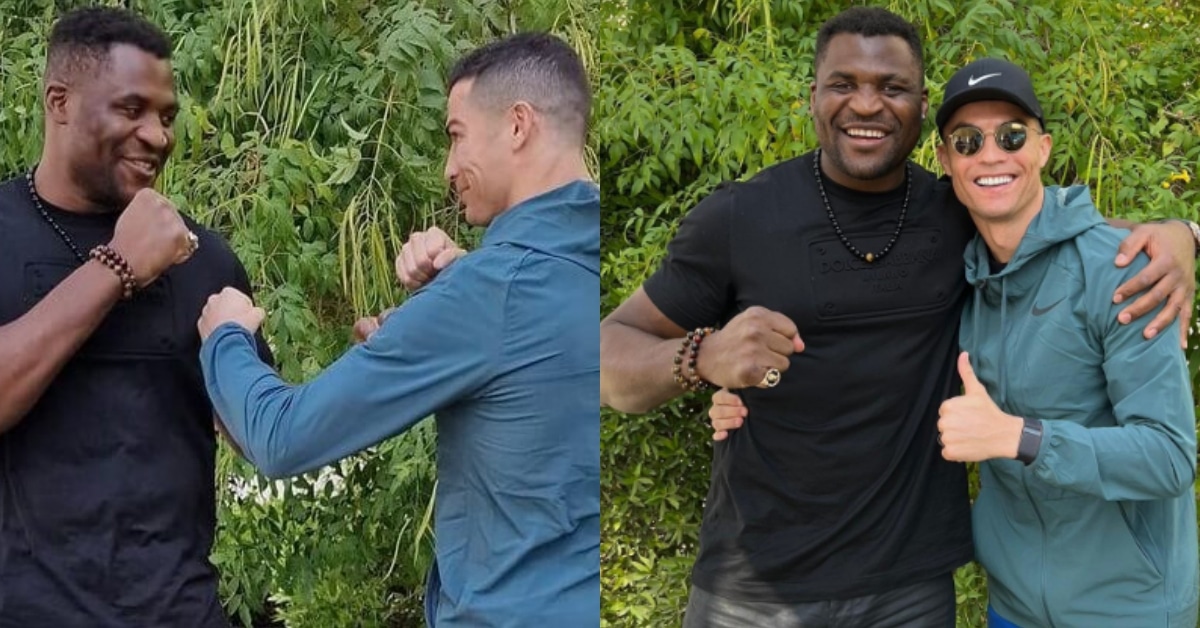 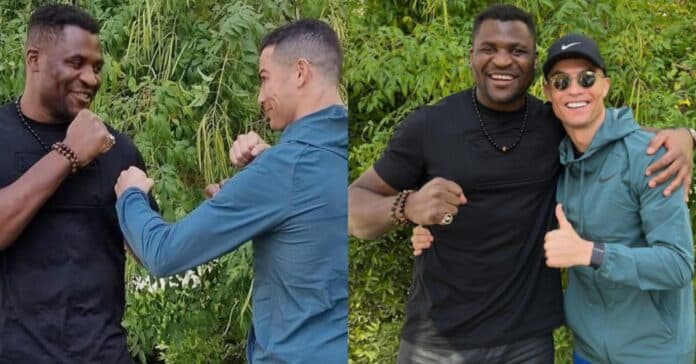 Travelling to Riyadh amid his departure from the UFC earlier this month, former undisputed heavyweight champion, Francis Ngannou met with Portuguese captain and former Manchester United forward, Cristiano Ronaldo in the Saudi Arabia capital – squaring up to the football icon.

Ngannou, a former undisputed heavyweight champion, most recently headlined UFC 270 back in January of last year against French talent, Ciryl Gane in a title unification bout, defeating his brief former sparring partner in a wrestling and grappling-heavy unanimous decision victory.

In the time since, the Batié native has been sidelined from active competition after undergoing reconstructive knee surgery to address an injury suffered in the days before his fight with Gane.

With his contractual obligations with the UFC expiring officially on December 9. last, Francis Ngannou was officially stripped of the undisputed heavyweight title by the promotion earlier this month, ahead of a vacant title fight between former 205lbs best, Jon Jones and the previously mentioned, Gane at UFC 285 on March 4. next.

Linked with a potential move to the PFL (Professional Fighters League) as well as Bellator MMA if he is to remain in mixed martial arts, the Cameroonian has also been tied to a potential hybrid rules fight with WBC heavyweight best, Tyson Fury.

Travelling to Riyadh this week, Ngannou met with former Manchester United and Real Madrid forward, Cristiano Ronaldo – facing-off with the new Al Nassr signing for a photo opportunity before the duo embraced and hugged each other.

As for Ronaldo, the veteran Portuguese striker featured in an All-Stars matchup against Paris Saint Germain earlier this month following his move to Al Nassr, scoring twice over the course of 90 minutes.