Erin Blanchfield: Maverick Fight Was “Easier” Than I Expected
published on January 6, 2022
curated and posted by BRWLRZ Team

UFC women’s flyweight Erin Blanchfield described her UFC 269 fight with Miranda Maverick as “easier” than she thought it would be.

At the final pay-per-view of 2021, two of the UFC’s top female prospects collided, both looking to move closer to a spot in the 125-pound rankings.

24-year-old Maverick was about as highly touted as they come, and entered last summer 2-0 in the UFC following victories over Liana Jojua and Gillian Robertson. After a controversial split decision loss to Maycee Barber, a result most disagreed with, “Fear The” Maverick was hoping to rebound by halting the charge of a fellow future star on December 11.

Blanchfield, meanwhile, had made her way to the UFC and established herself as rising name at the age of just 22. After back-to-back Performance of the Night performances under the Invicta FC banner, “Cold Blooded” debuted on MMA’s biggest stage with a win against Sarah Alpar last September.

At UFC 269, it was the younger of the two prospects who made her way further up the mountain. By securing a dominant unanimous decision triumph, Blanchfield moved closer to the group of contenders and put the rest of the weight class on notice.

In the eyes of many leading up to the blockbuster year-ending PPV, Blanchfield was the underdog and was expected to make way for the division’s hottest prospect. Ultimately, that couldn’t have been further from reality. With a flyweight record seven takedowns and some hard shots on the ground, Blanchfield imposed her will with ease.

During her appearance at the post-fight press conference, “Cold Blooded” suggested the only thing that really surprised her was how easy the contest was. Given the hype surrounding Maverick and her muscular build, Blanchfield understands why her opponent was favored. However, she promised to keep upsetting the odds on her way to the top.

“I’m pretty happy with it. I wish I could’ve hit her a little bit more. She was good at holding my wrist and stopping my ground and pound that I like. But you know, the fight felt pretty smooth, it went the way I wanted it to, so I’m happy with it.

“I think her striking, she had decent fakes. But other than that, everything felt easier than I thought it was gonna be, honestly. I mean, I know everyone picked her to win, but I feel like that’s probably just because she looks a little more muscular. I don’t look like I should be able to be this strong and beat these people. But I know I can and I have the technicality and the ability to do so. I’m gonna keep surprising people until I’m champ.”

Blanchfield was initially scheduled to face Barber on December 11, but “The Future” was forced to withdraw. With Barber sat at #13 in the rankings, we could well see that clash re-arranged in 2022.

For Blanchfield, it would provide the chance to secure her place on the divisional ladder. For Barber, it would give her the opportunity to cement herself as the top flyweight prospect.

What did you make of Erin Blanchfield’s latest performance? Do you see her as a future champion? 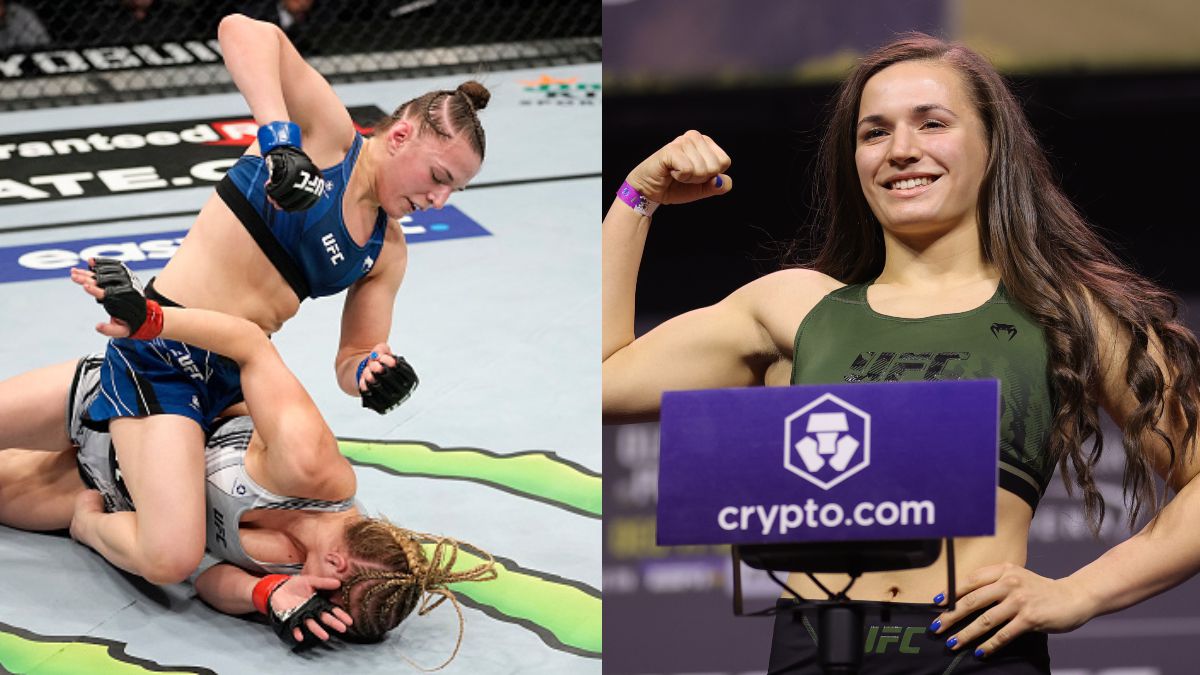