UFC welterweight contender Leon Edwards has responded to Jorge Masvidal‘s claims that he can’t find an opponent for his return to the Octagon.

Masvidal was originally booked to be in action earlier this month at UFC 269 against arch-rival Edwards. In a grudge match over two years in the making, “Rocky” was set for his chance to exact revenge on “Gamebred” for the pair’s famous backstage altercation at a UFC London event in 2019.

A month prior to the year’s final pay-per-view, Masvidal withdrew due to an injury, later confirmed to MMA News by Colby Covington to be a rib issue. But the two-time welterweight title challenger is seemingly back to fitness and rallying for a fight, something he suggested is proving to be difficult.

Masvidal slammed “bitches” like Edwards and Colby Covington for not wanting to sign contracts agreeing to face him. “Rocky” has already announced his intention to wait for a title shot following his failed clash with Masvidal. Covington, meanwhile, has made his desire to face Masvidal, his former friend and teammate, well known.

In the aftermath of Masvidal’s public callout and re-emergence onto the welterweight scene, Edwards took to Twitter to respond. In a short and simple post, the #3-ranked contender laughed his foe’s claims off, describing him as “deluded” in the process.

“This motherfucker is deluded [LAUGH]”

Back-and-forth between Edwards and Masvidal surrounding accusations of ducking a fight against the other existed for the best part of two years. When the pair finally had a bout booked, it seemed their score would be settled. With the cancelation and Edwards’ decision to set his sights back on Kamaru Usman, it appears we’re set for more social media and interview exchanges between the two instead.

For Masvidal, his two most public options appear to be a clash of former friends with Covington or an unlikely crossover to the boxing ring to face YouTuber-turned-boxer Jake Paul. “The Problem Child’ has been making Masvidal offers since his second victory over Tyron Woodley this month.

Would you like to see the Leon Edwards vs. Jorge Masvidal matchup revived? If not, who should “Gamebred” face in 2022? 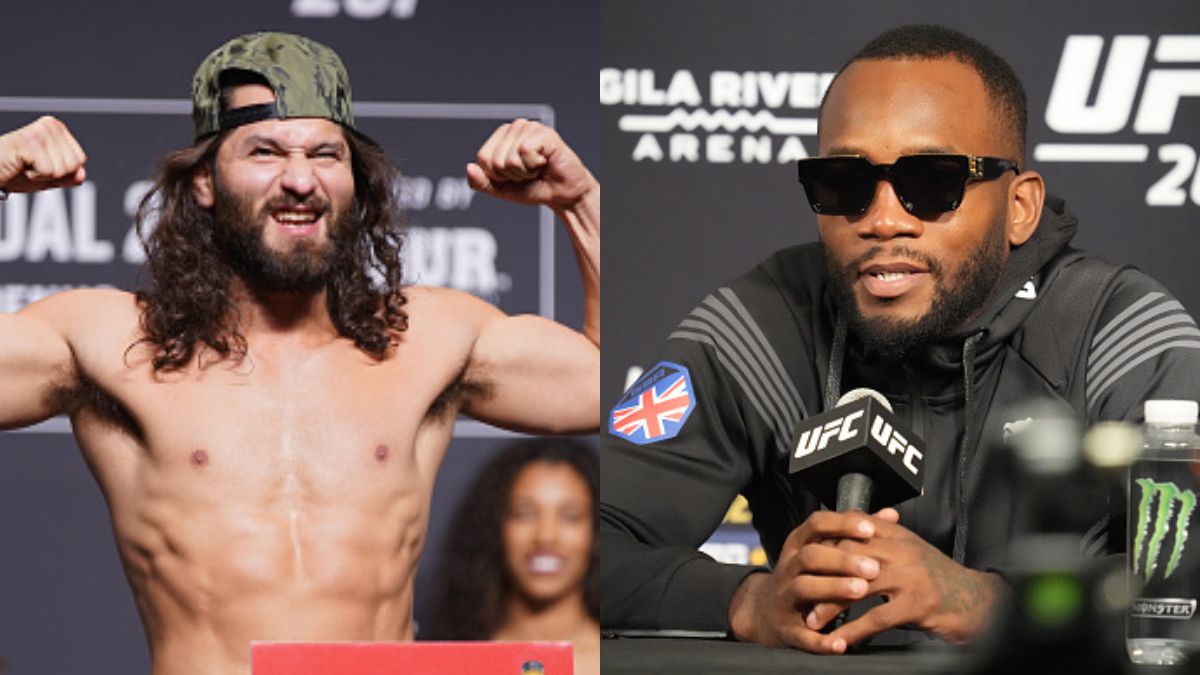