Edgar: I’ve Put Too Much In To Walk Away From MMA
published on November 4, 2021
curated and posted by BRWLRZ Team

Former UFC Lightweight Champion Frankie Edgar doesn’t envision retiring anytime soon, and believes even when he does hang up his gloves, he’ll remain involved in MMA.

Edgar is one of the sport’s all-time greats. After an unbeaten six-fight start to his career, “The Answer” was signed by the UFC in 2007. Eight fights later, Edgar was 7-1 on MMA’s biggest stage and had defeated BJ Penn to become the 155-pound champ.

In the years that followed, the New Jersey native made the move down to featherweight, defeated the likes of current lightweight king Charles Oliveira, Urijah Faber, Chad Mendes, Jeremy Stephens, and Yair Rodriguez. Having failed to capture the 145-pound gold in three attempts, Edgar went down another weight class to bantamweight.

In his 135-pound debut, Edgar defeated perennial contender Pedro Munhoz, who boasts a victory over former bantamweight champion Cody Garbrandt. After jumping straight into the division’s top 10, the veteran was matched up with top-ranked star Cory Sandhagen. He was knocked out by “The Sandman” in brutal fashion by a first-round flying knee.

Now eight months later, the 40-year-old will be looking to return to the win column with an impressive performance against the durable Marlon “Chito” Vera. The pair will collide on a stacked UFC 268 main card inside Madison Square Garden this Saturday.

Edgar Doesn’t See A Career Away From MMA

Given the frightening end to his most recent Octagon outing, as well as his age, many have wondered whether the 40-year-old will consider retiring from active competition sooner rather than later. During a recent appearance on the Real Quick with Mike Swick podcast, Edgar suggested he has more than a few trips to the cage left in him.

“I don’t know what 40’s supposed to feel like, but I feel good. I still get after it in the gym. My workload’s pretty much the same… I’ll never put an end date on anything, man. I don’t know if I’ll ever even retire… officially at least. I’m just going out there and having fun. I still enjoy doing what I do. If my body allows it, I’ll do this for a long time, man.”

Discussing what his future will look like when he does choose to end his active career, Edgar suggested he’s put too much into MMA to leave it behind for a new venture. Whether through coaching or management, “The Answer” knows he’ll be staying involved in the sport.

“I’m gonna stay involved in this game in some way, shape, or form. Whether I open up my own gym, whether I help manage guys, you know, maybe help Ali [Abdelaziz] in that department as well. But you know, I feel like I’ve put so much into it that I can’t walk away from this sport. It’s still my passion. Already I feel like I help the younger guys on my team so, I feel like I have a good niche with that and I feel like I could be useful for some guys that are trying to further their careers.”

Do you think Frankie Edgar will have his hand raised at UFC 268 this weekend? 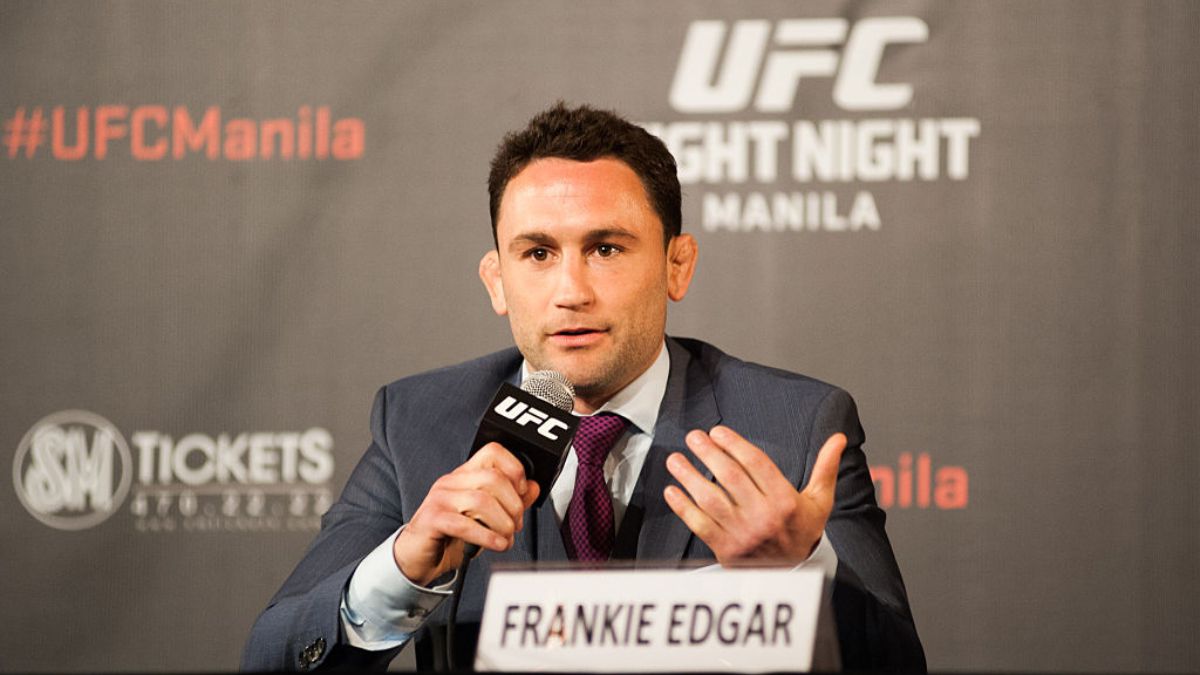